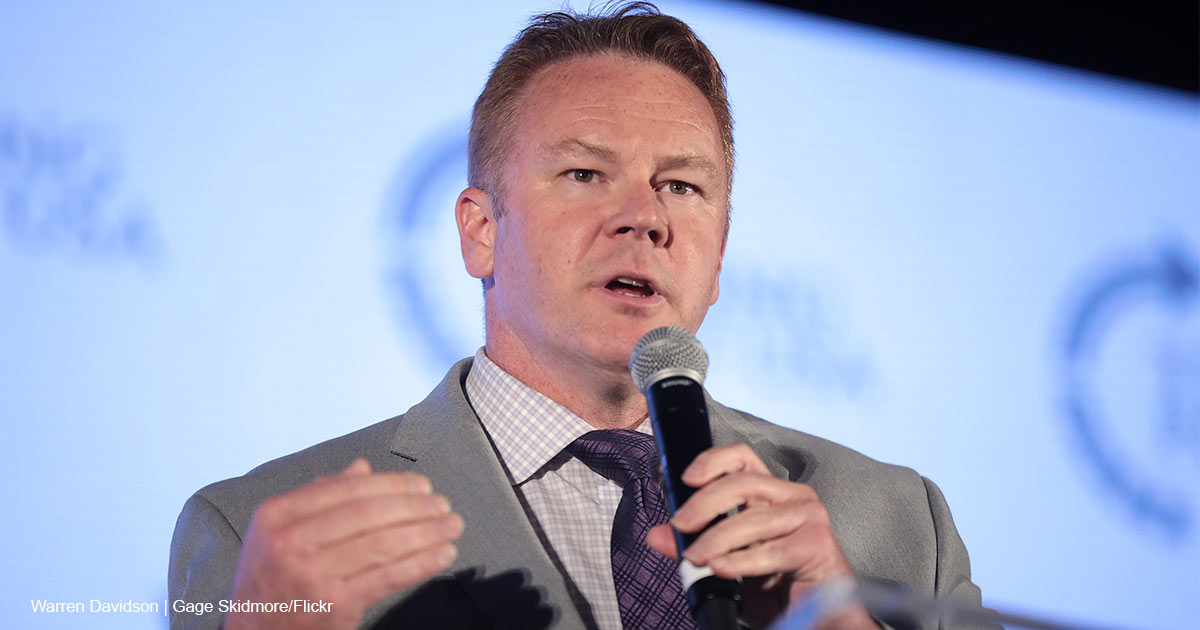 Republican ‘Commitment to America’ Promises to ‘Protect the Lives of Unborn Children’: Preview

Republican leaders prepared to unveil the “Commitment to America” plan, their 2022 midterm pledge that they believe will draw a sharp contrast between themselves and congressional Democrats on core issues including abortion, the right of parents to a successful public education that respects their values, economic prosperity, and constitutional rights.

House Minority Leader Kevin McCarthy (R-Calif.) plans to release the full text and provide specifics during a speech in suburban Pittsburgh on Friday morning. The plan’s outline, which was released Thursday, vows to “Preserve Our Constitutional Freedoms.” If elected, Republicans promise to “uphold free speech, protect the lives of unborn children and their mothers, guarantee religious freedom,” and “safeguard the Second Amendment.”

“Abortion isn’t health care. It ends a life,” Rep. Warren Davidson (R-Ohio) told “Washington Watch with Tony Perkins” on Thursday. “The real question is, what limitations does Nancy Pelosi support?” He noted that virtually every Democrat voted to oppose the “Born-Alive Abortion Survivors Protection” Act. “That’s not even about abortion: This is a baby that’s already been delivered,” he said.

“They don’t want to protect life at conception or anything in between. The only thing that they want is abortion-on-demand. They won’t even say ‘safe, legal, and rare’ anymore,” Davidson noted, referencing the rhetorical formula candidate Bill Clinton used to soften his party’s image on abortion. He went on to repeatedly veto the partial birth abortion ban, which became law under President George W. Bush.

In addition to protecting life, the “Commitment to America” states that victorious Republicans will reel in unresponsive or imperious public school administrators by supporting a Parents’ Bill of Rights and expand parental choice “so more than a million more students can receive the education their parents know is best.” They would also prevent males from competing with females in women’s sport, saying it is necessary to “defend fairness by ensuring that only women can compete in women’s sports.”

The document, which many have compared to Newt Gingrich’s 1994 “Contract with America,” notes that Democrats have held zero “House hearings on Biden’s Justice Department labeling parents as ‘domestic terrorists.’” Even a congressional majority will not result in the prosecution of Biden administration officials such as Attorney General Merrick Garland, Davidson said, but House Republicans will “use the levers of power to change the behavior of some of the regulators.”

In the wake of continuing concerns over the 2020 election, the GOP platform promises to enhance electoral integrity by increasing “accountability in the election process through voter ID, accurate voter rolls, and observer access.”

Republicans picked the announcement spot — Washington, Pennsylvania — to highlight their commitment to middle America and to spotlight issues that appeal to swing states. For instance, McCarthy’s speech will focus on his commitment to domestic energy exploration in the western Pennsylvania region that formed the epicenter of natural gas fracking under President Donald Trump. The outline forecasts that Republicans will “maximize production of reliable, American-made energy” and cut the time it takes to get a drilling permit in half in order to “reduce reliance on foreign countries [and] prevent rolling blackouts.”

America’s short-term temporary energy independence should highlight the fleeting nature of political victories — and the need to continually stand up for pro-life protections, Davidson stated.

“We worked 50 years together to end Roe v. Wade and to defend life. And if we won’t defend this ground,” Davidson warned, “we will lose it to the counterattack. We should work together to make sure we hold the ground that we’ve worked for 50 years to take.”