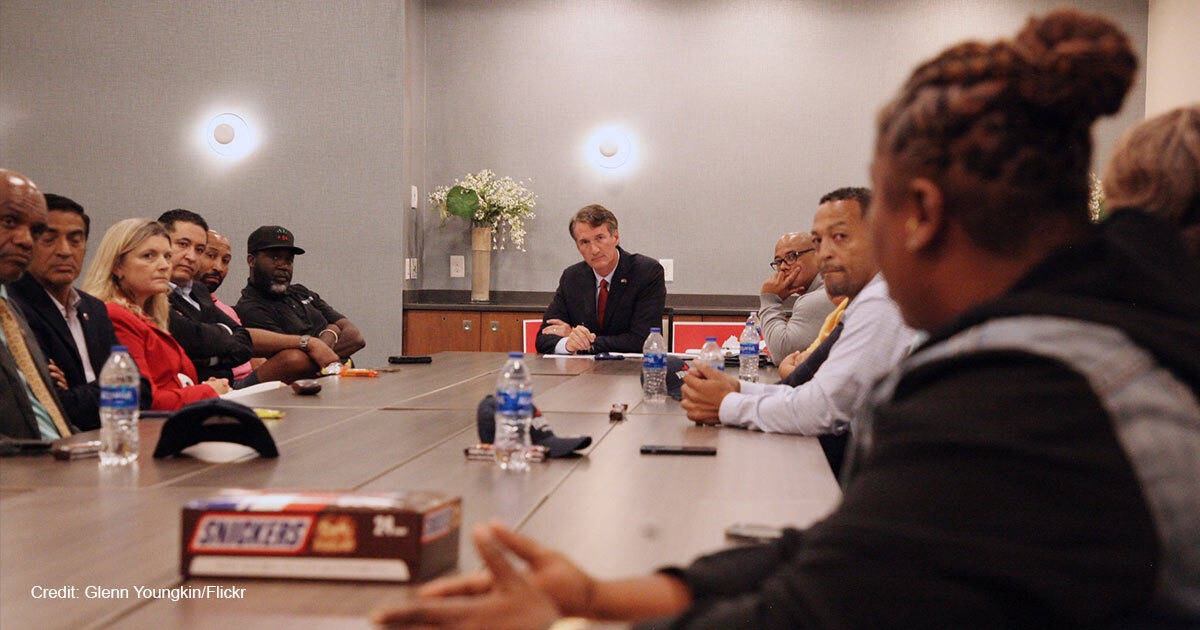 Virginia Governor Glenn Youngkin (R) overhauled the state’s transgender policy for public schools, preventing administrators from hiding children’s gender transition from their own parents and affirming parents’ right to “nurture values and beliefs for their own children.”

“Schools shall respect parents’ values and beliefs,” say the 2022 model guidelines, which the Youngkin administration released on Friday. “Parents are a child’s primary and most important educator.” The principles state that schools cannot facilitate students’ socially transitioning from one gender to another without their parents’ knowledge.

“The governor’s new policies are a substantial improvement that also supports teachers, who were being placed in the uncomfortable position of being asked to withhold information from parents,” said Victoria Cobb, president of The Family Foundation. But the issue transcends Virginia. “This issue is a major flashpoint for families from coast to coast,” said Nicki Neily of Parents Defending Education. “These concerns transcend both racial and political lines.”

The 2022 draft policies, which fulfill the central promise of Youngkin’s campaign to empower parents over imperious administrators and runaway school boards, would allow teachers to “accommodate … any student with a persistent and sincere belief that his or her gender differs from his or her sex,” including their use of single-user restrooms.

The guidelines emerged the same day that a newly elected school board member talked about her own struggle against the same policy in her small, conservative town. Amy Cawvey said, shortly after her election to the school board in Lansing, Kansas — a city of 12,000 people — “a brave teacher” told her that school administrators told teachers “to make sure that we kept [students’] preferred pronouns and gender social transitioning students secret from their parents.”

Sexuality was but one part of the school’s ideological leftism. “We had a social justice club, which took place during school hours. It had critical race theory books, purchased with taxpayer funds,” to “teach our children to hate America,” said Cawvey at an education panel at the 2022 Pray Vote Stand Summit in Atlanta on Friday morning. “We put an end to that club.”

“The reason the Left is in the public schools is because that’s where the kids are. The other side has a whole machine ready to fund and elect their candidates, because there is at least $800 billion a year spent in public education,” said Kilgannon. She noted that Virginia’s Fairfax County spends $3.3 billion on education annually. “It has always been a mystery to me why you wouldn’t understand the return on investment of funding a candidate race for $1 million in that county, funding a slate of candidates to win, to get to spend $12 billion over four years.”

Many parents became aware of the rift between their faith and the secular values that public schools seek to impose during the lengthy school shutdowns for COVID-19. Nationwide, children’s guardians learned of the “lack of transparency on curriculum, and conversations that are being held on controversial topics in the classroom, a lack of respect for parental rights, [and] obscene books” in classrooms and school libraries, noted Martin Strother, education director at the Indiana Family Institute, at the summit.

Despite their displeasure with school board secularism, “some of our best and brightest leaders, especially Christian conservatives, just simply aren’t considering running for the school board,” Strother continued. “We can’t just continue to concede massive institutions that we know are corrupt and often controlled by leftist unions” such as the National Education Association (NEA) and the American Federation of Teachers (AFT), “because our local public school district affects everybody.”

“It’s time for the church to step up,” he said.

Christians cannot assume these issues only crop up in large urban areas or Democrat-dominated regions. “If you don’t think that these issues are happening in your school — maybe it’s a conservative town — you’re wrong,” said Cawvey. “Parents need to speak up and find out what’s going on before it’s too late.”

Others note that, while Christians should attempt to remake public school policies, they need not send their children to these institutions until they are reformed. Troy McIntosh of the Ohio Christian Education Network told the summit about his drive to “give every student in Ohio access to an affordable, low-cost or no-cost Christian school education” that is “geographically and financially accessible.” The Columbus-based Center for Christian Virtue, an FRC state affiliate, has opened Christian schools inside church buildings (many of which sit vacant much of the week), especially in underprivileged urban areas.

“In 1524, Martin Luther wrote a tract that he distributed to all of the city councils in Germany, urging them to start a Christian school that would be accessible to every child in their town or in their village. What we’re trying to do today is answer Martin Luther’s call,” said McIntosh. “Instead of doing it through city councils, we are trying to do it through churches.”

Whether parents send their children to public schools, private schools, or homeschool, Strother gave them one piece of advice: “Always start with prayer,” he said. “It shows that we recognize that we’re in a spiritual battle. We’re in a battle between good and evil.”

In the eyes of millions of Virginia voters, Youngkin’s actions prove that sometimes good wins.