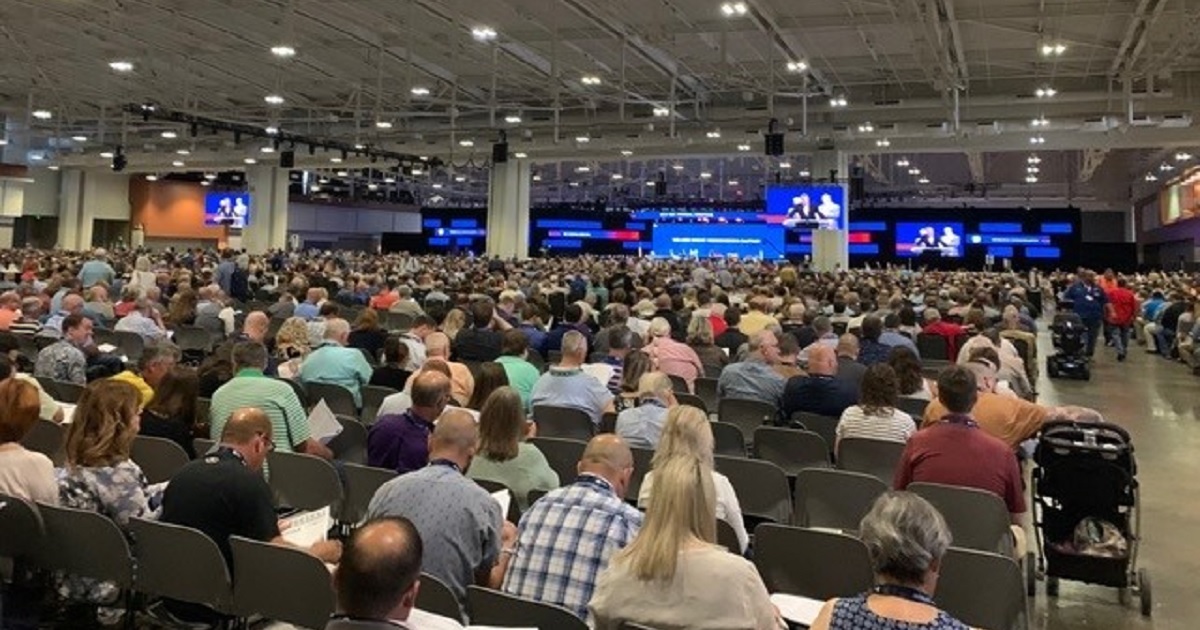 While the Southern Baptist Convention (SBC) describes itself as “…a collection of like-minded churches working in cooperation with one another to impact the whole world with the Good News of Jesus Christ,” the focus on the convention’s annual meeting this year will be on an issue not normally associated with the spread of the gospel. As the SBC convenes next week in Anaheim, Calif., all eyes will be on how it responds to the recent report on how some SBC entities have handled sexual abuse in the church, as allegations of mishandling cases have increased in recent years.

The convention created a sexual abuse task force, which hired an outside group called Guidepost Solutions as an independent investigator to examine the SBC’s Executive Committee. Guidepost’s findings, which were released in May, also included recommendations on actions the task force should take to the SBC. This week, the task force issued its recommendations to the SBC for consideration next week in Anaheim.

In a conversation about the SBC’s response to the report and recommendations, Tom Gilson, senior editor of The Stream, told Family Research Council president Tony Perkins on “Washington Watch” that all Christians have a stake in what happens in Anaheim because, “…they’re the huge denomination. They’re the ones that as Southern Baptists go in a great sense of the term that so goes American evangelicalism. They represent us. They are the ones on whom our reputation rests.”

Gilson, a former ministry human resources director, wrote an article at The Stream outlining five key points for the SBC vote on sexual abuse. Both Gilson and Perkins have had experience in dealing with sexual abuse issues in church and ministry settings, and acknowledged the severity of the problem. Gilson said, “Of course it is a big deal. Sex abuse is wracking the church. Too many churches are covering it up. We are dealing with it wrong. It shouldn’t happen in the first place. People are being hurt by it. It does need attention, but it’s the way that they’re approaching it, I think is imbalanced, focused in the wrong way.”

Among the recommendations of the task force that Perkins and Gilson had concerns about is the creation of what the task force calls a “‘Ministry Check’ website, and process for maintaining a record of pastors, denominational workers, ministry employees, and volunteers who have at any time been credibly accused of sexual abuse and who have been or are associated with a cooperating Southern Baptist church or entity.” The National Sex Offender Public Website, operated by the U.S. Department of Justice, already tracks convicted offenders in all 50 states, and is free for churches and individuals to use. The proposed SBC “Ministry Check,” site would seemingly go beyond conviction by a court, using a “credibly accused” standard instead.

Gilson observed, “There’s a lack of due process, which is not just an American judicial jurisprudence principle. It came from biblical sources. [This recommendation] sets up a very strange organizational structure where authority does not align with responsibility and vice versa. It’s almost like they’re complying with the world’s centering on sex.”

Perkins said of sexual abuse: “I’ve had to confront it. And there’s a biblical model to do that. And I think there are biblical solutions. And that my first response to the recommendations was the fact that it looked like it was coming from — I’m just going to say, from the world’s perspective, it was just giving in to what certain people want, but it was untethered to biblical truth and principles.”

A Twitter posting by Guidepost Solutions this week only added to the controversy. In a celebratory tweet for Pride Month, the group posted along with an image of a rainbow flag:

Guidepost is committed to strengthening diversity, equity and inclusion and strives to be an organization where our team can bring their authentic selves to work. We celebrate our collective progress toward equality for all and are proud to be an ally to our LGBTQ+ community.

In Gilson’s article, he noted, “Guidepost Solutions just recently tweeted its ‘proud’ alliance with ‘our LGBTQ+ community.’ That is, they tweeted their proud support for sexual sin. They’re advising the SBC on how to deal with sexual sin, while simultaneously celebrating sexual sin. It throws their entire credibility in question, and that’s being charitable. It may explain, however, why they would want to put sex on center stage within the SBC.”

It’s clear that most people in SBC-affiliated churches would rather be focusing on issues like global missions, education for pastors, or disaster relief. But as Perkins warned, “This is a problem in our culture, and it is something we have to deal with. And I think the church should lead the way, but I think it should do the right thing. And we shouldn’t be taking information from an organization that is promoting and celebrating sexual perversion. And that’s what Guidepost is doing. The [SBC] would be good to reject these recommendations and come up with biblically-based and biblically-sound recommendations.”