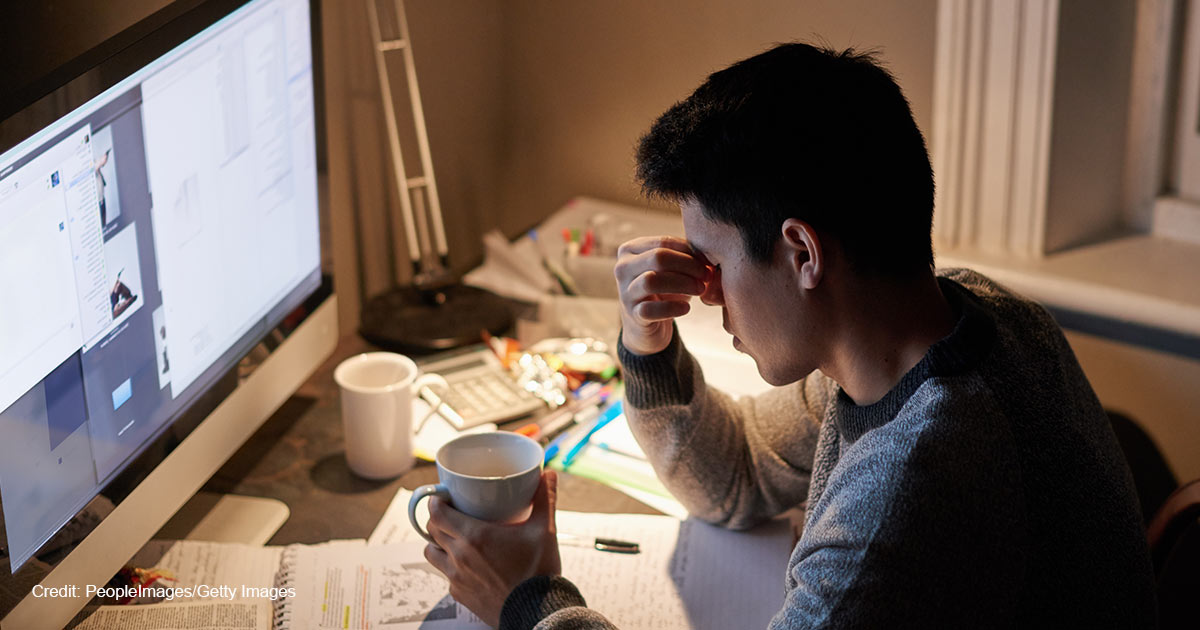 For some college students, the three or four-month summer vacation hasn’t been enough of a break to reset. A new Boston University (BU) study found that mental illness has increased among college-aged kids in the past eight years, with anxiety up 110% and depression up 135% since 2013. While many students seek help amidst their struggles, there are plenty who don’t as depression, anxiety, and loneliness hit record highs among the college population, according to a similar BU study.

Mental health has only worsened by contributing factors from the pandemic. Researchers found that 60% of students returning to American campuses this month are struggling in ways that are often not visible at first sight. The disruption caused by COVID-19 contributed, in part, to the mental struggles of young people in high school and college. Through the isolation in 2020 and 2021, some experienced abuse at home, some felt the instability of a parent’s job loss, and many grew lonely and depressed, according to CDC data.

Their website reads, “Findings also highlight that a sense of being cared for, supported, and belonging at school — called ‘school connectedness’ — had an important effect on students during a time of severe disruption. Youth who felt connected to adults and peers at school were significantly less likely than those who did not to report persistent feelings of sadness or hopelessness (35% vs. 53%); that they seriously considered attempting suicide (14% vs. 26%); or attempted suicide (6% vs. 12%). However, fewer than half (47%) of youth reported feeling close to people at school during the pandemic.”

Family Research Council’s director of the Center for Family Studies, Dr. Jennifer Bauwens, confirmed these findings. With extensive research in psychological trauma, Bauwens explained to The Washington Stand that much of modern trauma research comes from studying traumatic stress in soldiers fighting in World War I, World War II, and the Vietnam War. “One of the things [we learned] from these wars is that soldiers do really well when they are supported,” she said. “When there’s a group connection and they’re able to support each other, identify with each other, have some commonalities, and be able to support one another.”

“There’s an important element of support that’s needed to help people get through traumatic events.” According to Bauwens, meaningful connections, or lack thereof, affect how people process trauma, including global stressors such as COVID-19. “So what happened when we face COVID 19? We have a global trauma, not even just a mass trauma that’s isolated to a particular area or school shooting or so forth. You have a whole world that is literally going through trauma. And the very thing that is helpful to mitigate those responses is taken away from us because we all had to go into isolation. So, you have to think about that in conjunction with this perfect storm of an age group — you’re talking about college age or Gen Z — and you see these numbers on the rise.”

Bauwens explained that meaningful connections are lacking in other facets of the modern young adult’s life, naming their attachment style to their caregivers and increasingly unhealthy social media usage as two contributing factors. “What looks like something that could keep us connected is actually disconnecting us because the the kinds of interactions that we're having aren’t meaningful … There’s a release of dopamine every time we ‘like’ something or we get a ‘like,’ but it is not a meaningful connection.”

“So you have a lot of factors that all lead to what we’re seeing with depression and anxiety. But those aren’t the root issues. Those are just the symptoms of a greater problem. And in that, you can’t factor out the spiritual dynamic, which is also evident in the number of Gen Z and millennials who don’t have a spiritual connection — they don’t go to church, or they don’t believe or they don’t follow a Christian worldview.” A Barna study from recent years agrees with Bauwens’s comment, finding that atheism is twice as popular among Gen-Zers.

While young people may be outwardly rejecting religion, Bauwens believes there is a desperation for answers and identity. “I think that’s what we’re seeing in this generation — there’s no rudder of purpose that’s been dropped as a plumb line in many of the spirits of these young people. And so, [they’re] running wild, and there’s no sense of of meaning and purpose. And when that’s all in conjunction with these other things that we already know can be problematic, we’re looking at a perfect storm.”

FRC’s Joseph Backholm of the Center for Biblical Worldview agrees that purposelessness and loss of identity are exacerbating the declining state of young adult mental health. “The great thing about the Christian worldview that really has been a foundation of our cultural values for centuries is that everyone has value because they are created in the image of God, not necessarily because they accomplished something wonderful,” he told TWS. “And as we erode the foundations for their identity, they have to find their identity in something else. … They will get their identity by trying to please their peers and people around them or by seeking pleasure. Or by trying to prove that they’re better than other people in some way. And if that’s the source of your identity, it’s inevitably going to be disappointing.”

“Mental health struggles are real, and sometimes they are actually physiological,” Backholm pointed out. “Sometimes they are spiritual and emotional. Just like your arm can break, your brain can break in a medical sense. And there is a place for science and the application of the knowledge that God has given us about the world he created where we can solve some of those things. But in some cases, we’re dealing with identity issues, we’re dealing with emotional fragility, we’re dealing with spiritual attacks in people's lives. And it might be a combination of those things,” he said. “The most important thing about the Christian worldview is the perspective to understand [mental health struggles] — to recognize what we’re going through in a world wrecked by sin, and that it’s not permanent. And that’s where the hope of the Christian life comes from.

Bauwens gives Christians grappling with mental health struggles a starting point with the advice, “I think the first thing to do … is take a hold of those passages that affirm who we are in Christ, and then we may have things that we need to work through. Maybe we’ve had traumas or stressors, but to recognize that [God] is the answer, he has the right people for us. But I would always say before you go and see any therapist, if that’s the route that God is leading you into, always pray and ask him for the right person, because it really matters who is allowed to speak into our lives. And we don’t want just anyone to counsel us. And maybe it’s just for a few sessions. But we’re not our own — and we shouldn't just be flippant with who we invite into our process.”

“Our land needs a lot of healing,” she said, “And we we have the answer who is Jesus, and he is in us.”