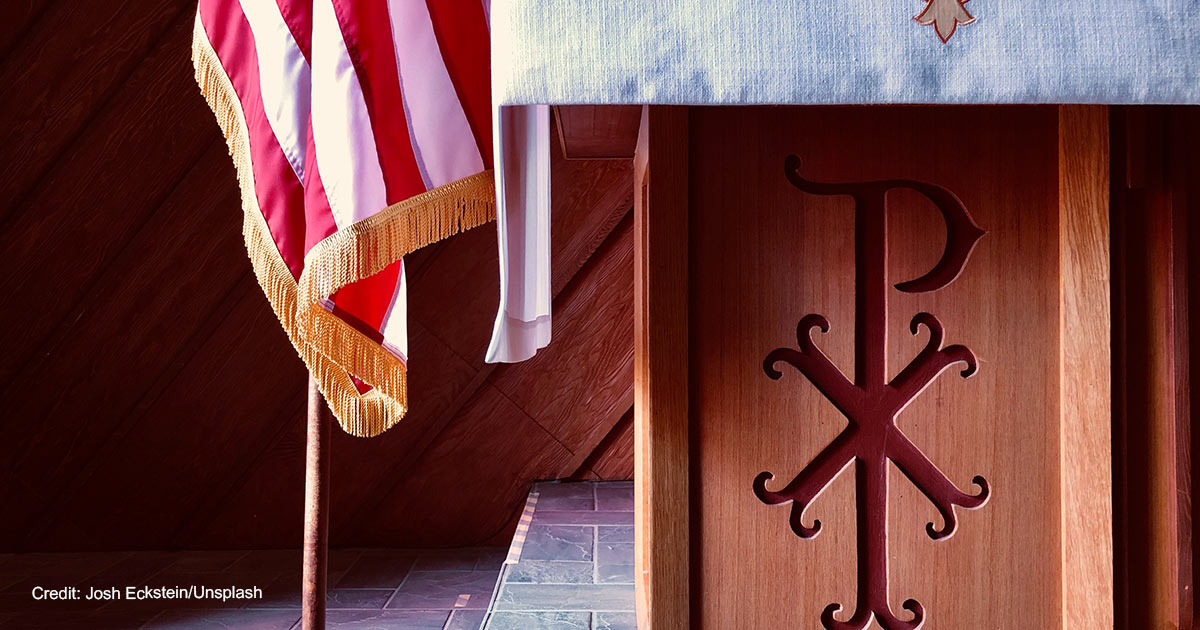 Just nine days before the 2022 midterm elections, a widely touted media outlet has accused the Biden administration of not cracking down hard enough on churches. Yet critics say the law the story endorses violates the First Amendment’s protection of religious liberty.

On Sunday, ProPublica asserted the government has done too little to prevent Christians from violating the Johnson Amendment, a controversial 1954 tax provision that effectively prevents churches from endorsing or opposing political candidates. In “Churches Are Breaking the Law by Endorsing in Elections, Experts Say. The IRS Looks the Other Way,” Jeremy Schwartz and Jessica Priest claim to have found 18 churches that violated the nearly seven-decade-old law. In one example, a pastor called the actions of New Mexico Governor Michelle Lujan Grisham (D) — who spent $10 million of taxpayer money to build a new abortion facility in Doña Ana County and said repealing virtually every limitation on abortion enshrined the “inviolable recognition of humanity and dignity” — “beyond evil” and “demonic.” In another, a pastor said demons worked through local politicians’ actions.

The Soros-funded publication seemingly boasted of the government’s longstanding intimidation of pastors and other clergy. “At one point, churches fretted over losing their tax-exempt status for even unintentional missteps,” wrote Schwartz and Priest. “But the IRS has largely abdicated its enforcement responsibilities as churches have become more brazen.” The last several administrations had done little to enforce the law, especially President Donald Trump, who signed an executive order reiterating his support for churches’ legal free speech rights.

“Pastors should be free to preach without fear of government intrusion,” Alliance Defending Freedom Senior Counsel Ryan Tucker told The Washington Stand. “The government simply has no business interfering with the internal affairs of churches, nor should it be able to threaten a church with financial penalties based on a requirement that the church self-censor and surrender its constitutionally protected freedom.”

Future President Lyndon B. Johnson proposed the measure to advance his own career and stifle his political opponents. Two nonprofit organizations — Facts Forum and the Committee for Constitutional Government — took out ads opposing Johnson. The Texan proposed an amendment banning any group with their tax-exempt status from targeting a political candidate with an amendment that the Senate adopted by voice vote without floor discussion in July 1954. The provision “absolutely prohibited” churches or other 501(c)3 institutions “from directly or indirectly participating in, or intervening in, any political campaign on behalf of any candidate for elective public office.” Ironically, it came two months after a Senate report claimed the real threat to America came from left-wing nonprofits “changing both school and college curricula to the point where they sometimes denied the principles underlying the American way of life,” and trying “to determine the most effective means by which education could be pressed into service of a political nature.”

Experts say the bill has no constitutional grounding. “The ban on [church] electioneering has nothing to do with the First Amendment or Jeffersonian principles of separation of church and state. The First Amendment speaks of religious freedom; it says nothing that would preclude churches from aligning themselves with or against candidates for political office,” wrote Professor James D. Davidson of Purdue University, who passed away in May. “From a constitutional perspective, then, American churches have had every right to endorse or oppose political candidates.”

Yet the IRS has investigated dozens of churches, even those that did not tell parishioners how to vote. The former rector of All Saints Episcopal Church in Pasadena, California, gave an antiwar, pro-abortion sermon on the eve of the 2004 presidential election telling parishioners that, while “good people of profound faith” could vote for either party, congregants should “vote your deepest values.” In 2000, the IRS stripped a church of its tax-exempt status for running an ad saying that voting for Bill Clinton violated the Scriptures.

Those on the Left say Christian involvement in the political process threatens to destroy all that America stands for. Political activity from churches “creates hurdles for a healthy, functioning, pluralistic, democratic society,” Andrew Whitehead, an associate professor of Sociology at Indiana University at Purdue, told ProPublica. Similarly, Andrew Seidel of Americans United for Separation of Church and State claimed churches’ “total absence of financial oversight and transparency” would “essentially create[e] super PACs” out of local congregations — a notion politically engaged Christians vehemently reject.

“Our nation’s pastors have a long and rich history of speaking into moral issues of concern to our nation — from slavery, to poverty, and all manner of other issues affecting their communities. Those seeking to stifle their voices now trifle with a necessary piece of a self-governing society,” Travis Weber, vice president for Policy and Government Affairs at Family Research Council, told The Washington Stand.

“This is not about money; it’s about free speech,” Weber noted. The Free Speech Fairness Act, reintroduced last February by Republican House Whip Steve Scalise (R-La.) and 21 cosponsors, “would ensure pastors continue to have the freedom to speak up and speak out, expressly does not allow money to be used for political purposes; it just provides the maximum amount of free speech protection,” Weber told TWS. He added that church involvement in politics “crosses the political aisle, as Democrat-leaning churches looking to speak to public issues can attest to. Those who want to analyze the issue need to recognize this, and also need not be race-selective in their framing of the issue. Christians of all political stripes, and different racial and ethnic backgrounds, deserve the freedom to speak to public issues of concern. Any other interpretation of this issue misses the mark and fails to tell the whole truth about church, politics, and the public square.”

Efforts to crack down on Christian speech match other Biden administration initiatives such as arresting pro-life advocates and collaborating with social media platforms to suppress stories that present Democratic candidates in a negative light. “They are twisting the IRS policy to try to silence churches,” said Family Research Council President Tony Perkins on “Washington Watch” Monday. “It’s voter suppression. Yes, there’s suppression going on, but it’s the Left trying to suppress evangelicals” and other “Bible-believing Christians.”

“That’s why you need to not only vote yourself, but you need to make sure you’re taking family and friends with you. We have to overwhelm them at the polls and vote biblical values,” Perkins concluded. “Pray, vote, stand.”