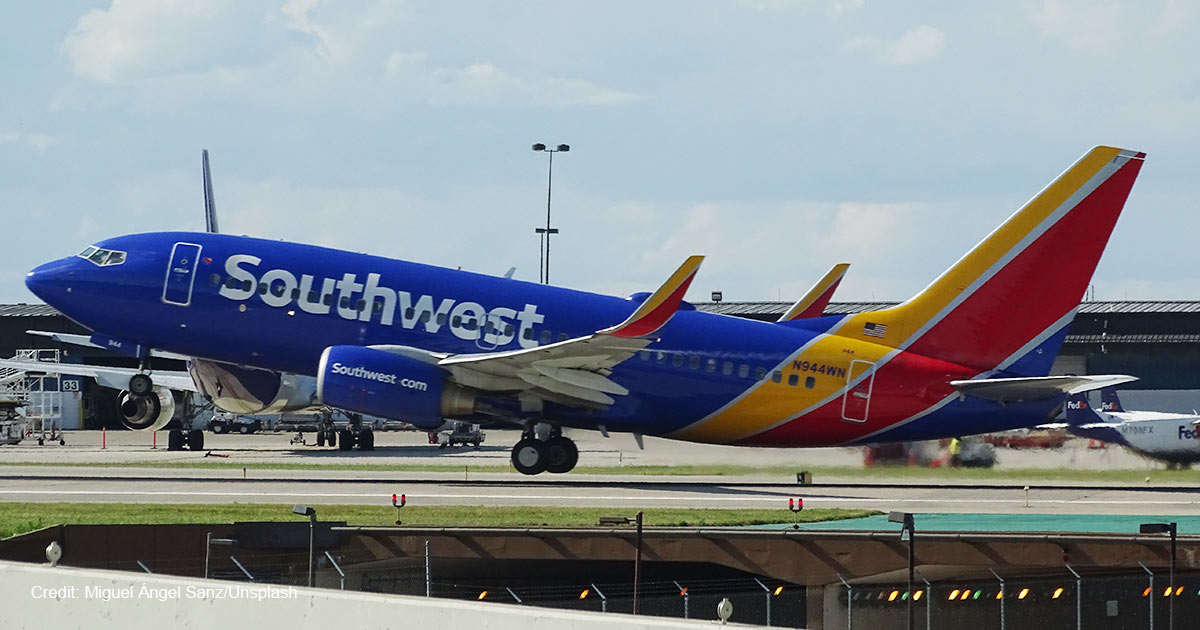 A federal judge has ordered Southwest Airlines to rehire a flight attendant and award her damages, back pay, and interest after she was fired in 2017 for stating her pro-life views on social media. The ruling marks a victory for the religious freedom rights of Christians in the workplace at the same time that the U.S. Supreme Court wrestles with the issue in 303 Creative v. Elenis.

On Monday, U.S. District Judge Brantley Starr ordered that former Southwest flight attendant Charlene Carter be reinstated to the airline five years after the company terminated her for allegedly “harassing” Transport Workers Union President Audrey Stone in an email. Carter was also awarded $810,000 in damages, back pay, and interest. She had originally been awarded a total of $5.1 million in damages by a jury at a federal district court in Dallas in July, but Starr reduced the award to “comply with federal limits on punitive damages that companies can be required to pay.” The compensatory and punitive damages awarded to Carter were the maximum amount permitted under federal law.

The ordeal began in January 2017 when Carter became aware of the union’s support of the pro-abortion Women’s March that took place in Washington, D.C. that month. In a series of social media posts, Carter expressed her objection to using union dues to support the march because of her pro-life beliefs. Even though she had opted out of union membership four years earlier because of union-funded causes that conflicted with her Christian beliefs, she was still required to pay dues because of federal requirements.

Shortly after posting the pro-life messages, Carter sent an email to Stone that voiced support for a national Right to Work bill. Carter was subsequently called in to a meeting with Southwest management, who notified her of Stone’s “harassment” claim. Carter was dismissed a week later.

Mark Mix, president of the National Right to Work Foundation which represented Carter in the case, underscored the violation of religious freedom committed by Southwest and union officials.

“Southwest and TWU union officials made Ms. Carter pay an unconscionable price just because she decided to speak out against the political activities of union officials in accordance with her deeply held religious beliefs,” Mix said in a statement. “This decision vindicates Ms. Carter’s rights — but it’s also a stark reminder of the retribution that union officials will mete out against employees who refuse to toe the union line.”

“It’s sad that Southwest Airlines had to be told by a court that someone’s exercise of free speech is not an acceptable reason to fire them,” she told The Washington Stand. “The reality is that we live in a society that is increasingly intolerant of Christian perspectives. Carter’s win is a powerful declaration affirming First Amendment protections for those working in major corporations who don’t want to check their faith at the door.”