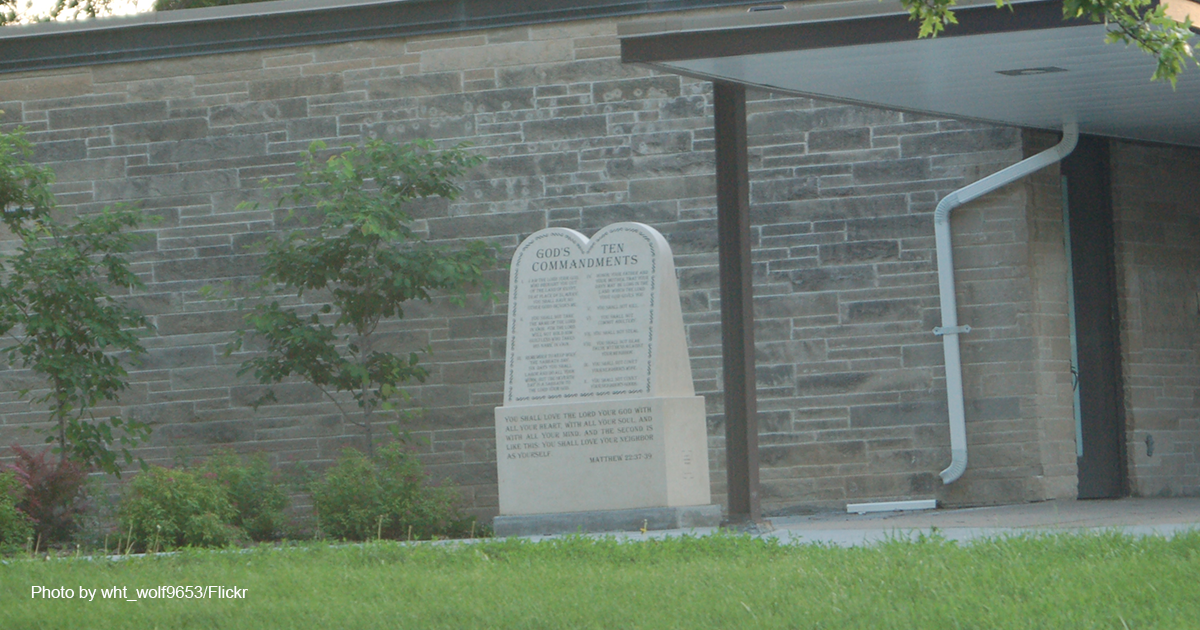 Religious displays, such as Nativity scenes and displays of the Ten Commandments, may return to classrooms and courthouses after Monday’s Supreme Court ruling, a legal scholar has argued. The sweeping decision erased decades of judicial activism that had stifled religious liberty.

The case centered around high school football coach Joseph Kennedy, who lost his job in 2015 for praying on the field after games. The 6-3 ruling held that denying a Christian school employee the same free speech rights as a secular employee violates the First Amendment’s free speech and free exercise clauses. “The Constitution and the best of our traditions counsel mutual respect and tolerance, not censorship and suppression, for religious and nonreligious views alike,” wrote Justice Neil Gorsuch in the majority opinion of Kennedy v. Bremerton School District.

“I cannot think of a single religious liberty case that is actually broader than this one,” Ken Klukowski, a First Amendment legal expert and former legal advisor to the Trump administration, said on Monday’s episode of “Washington Watch with Tony Perkins.”

Aside from Kennedy’s personal rights, the case essentially overturned a previous court test that left schools and government buildings too nervous to erect religious displays for fear of being sued. The 1971 ruling Lemon v. Kurtzman established a three-part test to decide whether any action violated the “separation of church and state,” which justices believed to be part of the First Amendment. The justices artificed a “grand unified theory” of the Establishment Clause, which held that any action “must have a secular legislative purpose” (the Purpose prong); “second, its principal or primary effect must be one that neither advances nor inhibits religion” (the Effect prong); “finally, the statute must not foster ‘an excessive government entanglement with religion’” (the Entanglement prong).

In Monday’s decision, the justices flushed the PEE test. “Lemon and its progeny,” created an “‘ambitiou[s],’ abstract, and ahistorical approach to the Establishment Clause,” they wrote. Since Lemon created a “modified heckler’s veto,” allowing anyone who felt offended to claim a school display had quietly established a state religion, “this [c]ourt long ago abandoned Lemon and its endorsement test offshoot.” Although the ruling does not explicitly overturn the 1971 opinion, Justice Sonia Sotomayor’s dissent says, “The Court overrules Lemon v. Kurtzman.”

From now on, decisions have to be based on the text of the U.S. Constitution, as understood through the original intent of its framers, the ruling held. “In place of Lemon and the endorsement test, this [c]ourt has instructed that the Establishment Clause must be interpreted by reference to historical practices and understandings,” must “accor[d] with history and faithfully reflec[t] the understanding of the Founding Fathers.” (Internal quotation marks omitted.)

That could allow for religious displays in front of public buildings, a common occurrence until liberal justices stated that a courthouse in Pittsburgh could no longer erect a Nativity scene and Chanukah menorah during the holiday season in 1989. The liberal justices’ opinion in County of Allegheney v. ACLU cited the now-abandoned Lemon test in its first sentence.

The same logic applies to posting the Ten Commandments in schools or other public places, as well. “It was in Stone v. Graham in 1980 that the Supreme Court struck down Ten Commandments displays in schoolhouses under the Lemon test,” Klukowski continued. Justices said it violated the first prong, that “there’s not a secular purpose to have the Ten Commandments” in the classroom. “Here again, that litmus test is now gone.”

The overall ramifications of Monday’s ruling could be enormous: Lemon v. Kurtzman has been cited by 2,283 court decisions at all levels of the judiciary, according to a count from CaseText.com.

The ruling did not formally invalidate the test — one legal analyst noted that Chief Justice John Roberts, who joined the opinion, “prefers to overturn precedent without saying so too directly” — so taking these actions, or allowing teacher-led prayer at graduation, may trigger a lawsuit. But schools risking this are not taking “a lawless risk. It’s the risk of saying, ‘We have heard the Supreme Court. We’re going to take it at its word,” said Klukowski. “I think that under the Kennedy decision today … I would think that they hold the high ground in the fight.”

The Lemon ruling left a sour taste in the mouth of the Americans United for Separation of Church and State, which represented the school district in court. But it should taste sweet to Christians engaged in the public arena.

“The church is called upon to be salt and light. And when they drive the followers of Jesus from the public square, that’s what takes out the light, and it prevents the salt from being in there to preserve,” Klukowski concluded. “By reopening the doors for our faithful Christians to reengage in the public square here, I think this could be used of God to be a tremendous blessing to the American people in our society.”