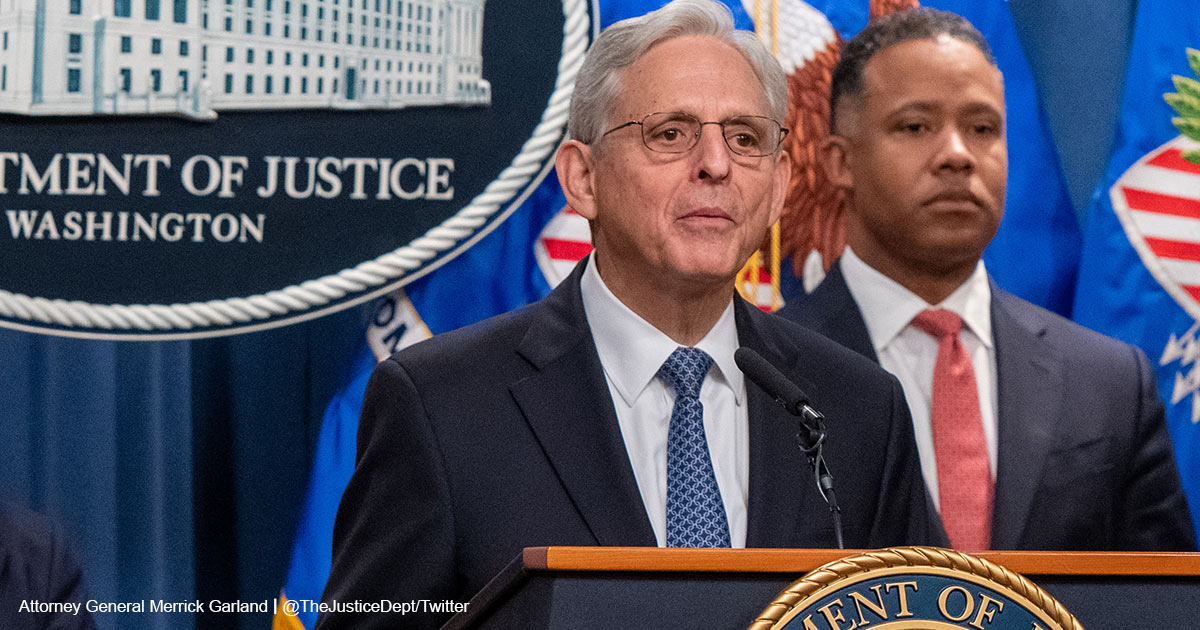 The DOJ’s ‘Monitoring’ of Pro-Life Laws Is a ‘Usurpation’ of State Authority, Experts Say

On Monday, U.S. Attorney General Merrick Garland strongly downplayed the rights of states to establish their own pro-life legislation, saying that the Department of Justice is “monitor[ing] state laws and enforcement actions to ensure that states do not infringe on federal protections of reproductive rights.” Experts are pointing out the brazen nature of Garland’s comments in the wake of the Supreme Court’s Dobbs decision last June, which overturned Roe v. Wade.

“In the Dobbs decision, the Supreme Court ruled that the Constitution ‘does not confirm a right to abortion’ and returned the ‘authority to regulate abortion’ to ‘the people and their elected representatives,’” explained Mary Szoch, director of the Center for Human Dignity at Family Research Council. “In other words, the court found that states have the right to protect their youngest, smallest, most vulnerable citizens. Merrick Garland is attempting to usurp the authority of pro-life states to protect their people. He is encouraging abortionists to continue exploiting women and killing children, and he has proven he is going to use the FACE Act to prosecute anyone who stands in his way.”

On Tuesday, the trial of pro-life activist Mark Houck is scheduled to begin in a federal courtroom in Philadelphia. The highly disputed claims against Houck stem from an incident near an abortion facility between him and clinic escort Bruce Love, who was allegedly shoved by Houck in response to Love accosting Houck and his then 12-year-old son. Observers have noted the extreme measures taken by the FBI to arrest Houck at his home in front of his wife and children. Houck is one of over two dozen other pro-life activists who have been charged with FACE Act violations by President Biden’s DOJ.

Szoch also highlighted other remarks from Garland during the Monday news conference which appear to ignore already established laws.

“Garland’s comments regarding chemical abortion also reveal the DOJ is clearly ignorant of federal abortion mailing statutes which explicitly state that it is illegal to send drugs intended to produce abortion through the mail,” she told The Washington Stand. “Instead of attempting to steal power from the people, perhaps the Biden administration’s DOJ should familiarize itself with federal law and start doing its job protecting the weak and vulnerable.”

“As we eagerly hope and pray for that to happen, pro-life states across the country should continue passing laws protecting unborn children and their mothers from the tragedy of abortion,” Szoch concluded.

Over the last two years, states have enacted over 150 pro-life measures, with 12 states enacting bans on most abortions in 2022 following the Dobbs decision. Susan B. Anthony Pro-Life America estimates that over 125,000 unborn lives have been saved as a result of 14 states that currently have the strongest pro-life protections in place, and estimates that 200,000 lives will be saved annually going forward because of the laws.