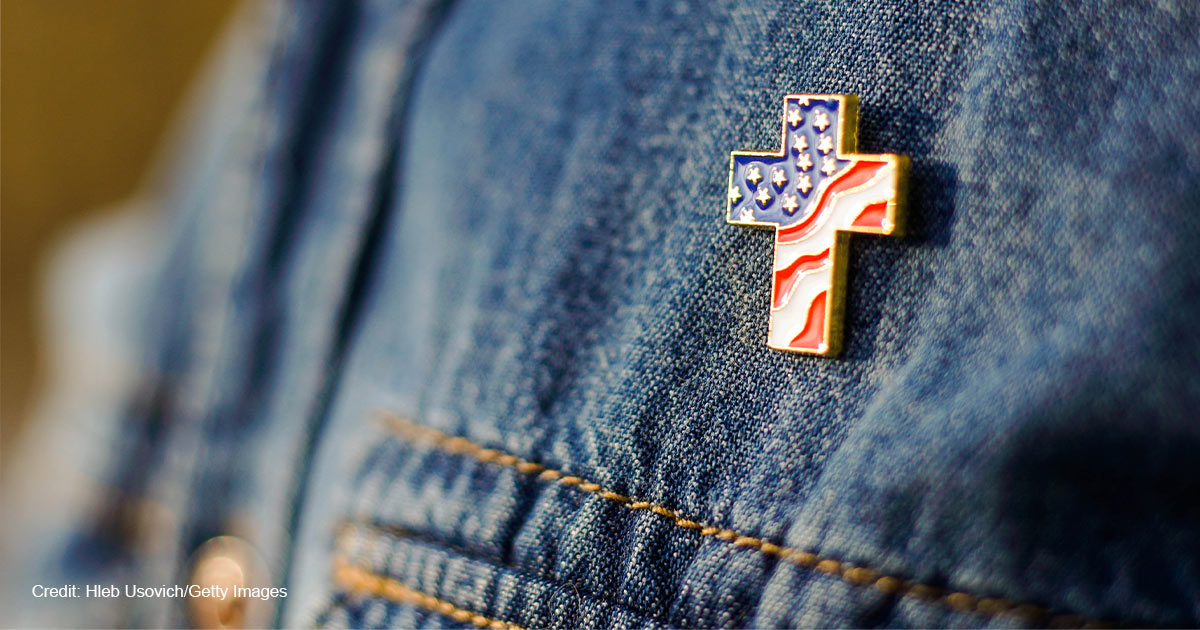 ‘They Want to Silence Us’: Experts Say ‘Christian Nationalism’ Label Being Used to Sideline Believers

As heavy use of the term “Christian nationalism” continues to circulate among legacy media outlets three weeks before the pivotal midterm elections, experts say the strategy follows the tactics used by Marxists in the past, which is to label political opponents with a controversial term in order to suppress the impact of an influential voting block deemed unfavorable by those in power.

On Wednesday, Dr. Mark David Hall, an author and professor at George Fox University, joined a panel discussion on “Washington Watch” to discuss the history behind the term.

“[C]ritics start[ed] using it as a label [in 2006] to label Christians who bring their faith into the public square for ends they don’t like,” he noted. “Now, these critics of Christian nationalism, initially, they’re all popular authors. They’re not academics, by and large. They work for places like the Freedom from Religion Foundation. So that should suggest there’s an agenda at work here. And so you have this criticism after criticism of these horrible Christians who want to bring about a theocracy and oppress women and African-Americans and all racial minorities. And it’s just a horrible, toxic thing that no one would want to be associated with.”

Dr. Stephen Coughlin, the principal at Unconstrained Analytics, argued that the “Christian nationalist” labeling effort is politically driven and rooted in Marxism.

“I think [the establishment] actually did decide they were going to target normally patriotic Christian Americans,” he emphasized. “And what they did was they created a faux term ‘Christian nationalism,’ and they gave it all these negative attributes and then used that to attack Christians. It’s part of what you call an ‘intersectional line of attack’ in a political warfare model, which is the Maoist insurgency model, which we believe is the premier principal form of Marxism.”

Michele Bachmann, former congresswoman and current dean of Regent University’s School of Government, agreed, contending that the trend is surging before the midterm elections for a very simple reason.

“[I]t’s [all] about holding on to power,” she underscored. “That’s what it’s about. There’s only one party [in] power now in the United States, in Washington, D.C. They don’t want to let it go. … And what they have seen is the power of the church, the epicenter of power in the United States. Opposing their agenda is the church and the principles of the Bible. They don’t like pastors preaching on issues. They don’t like congregants being inspired from the Bible. And so that’s why we’re the target. They want to silence us.”

But as host Tony Perkins observed, political figures throughout American history have given voice to their Christian faith as the driving force behind their political causes. “That would actually put a lot of leaders in the history of this country into the category of ‘Christian nationalists,’” he noted.

Hall agreed. “Throughout American history, Christians at their best have brought their faith into the public square to fight for liberty and justice for all in creating just colonial laws and opposing slavery and promoting civil rights,” he explained. “Think about the leaders in the civil rights movement, the Reverend Martin Luther King Jr., Ralph Abernathy, Andrew Young, on and on they go.”

Hall elaborated that according to the establishment, only certain issues are allowed to have biblical roots. “[E]ven the better academic critics of Christian nationalism will say, ‘It’s perfectly fine for the Reverend Martin Luther King Jr. to bring his faith into the public square to advocate for civil rights. But if you dare to bring your faith in the public square to oppose abortion or to argue for a conception of religious liberty that goes beyond freedom of worship, you’re sexist or [a] bigot. That’s an evil sort of Christian nationalist, and that must be oppressed.’”

Perkins went on to point out that this effort of oppression can cause fear amongst believers and lead to a “lack of courage when you know the truth, but you’re afraid to say the truth.”

“That’s where pastors and the church come in,” Bachmann asserted, “because you need to put a stake in the ground for what truth is and not deviate [from] it. … I think that [the Christian nationalist labeling effort] is a national smear campaign so that we are quiet, so that we self-censor, so we don’t speak to keep the church silent. If the church is silent, the Left wins, the progressives win. Satan wins if the church is silent. And that’s why we have to keep our heads about us and tell the truth.”