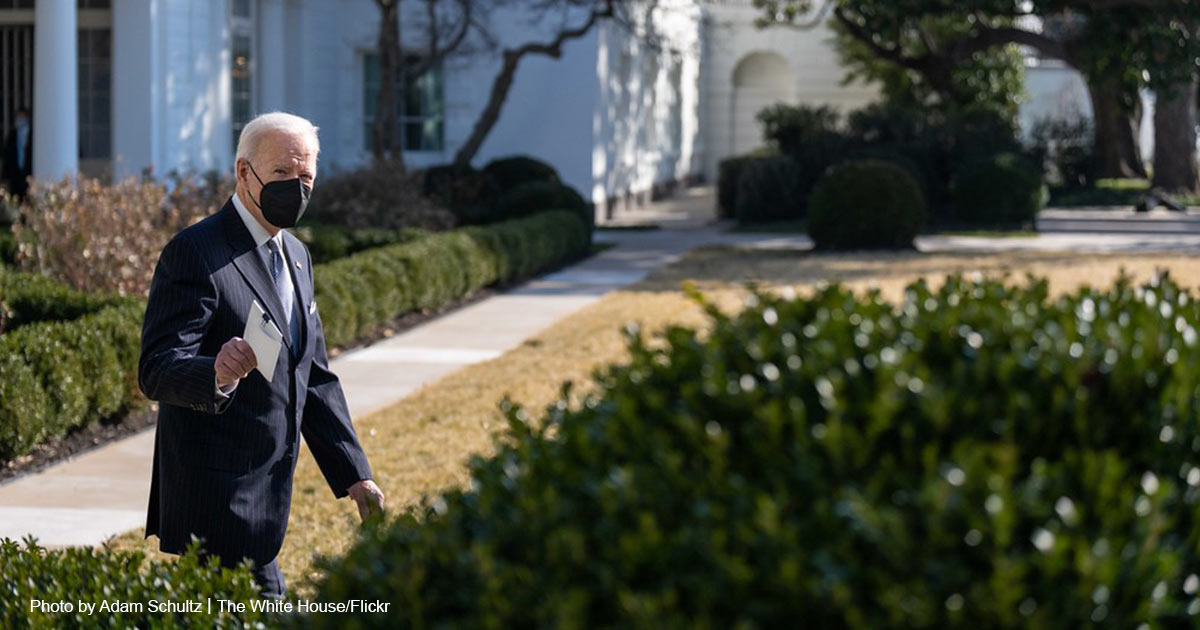 ‘This Is So 2020’: Biden’s DOJ Seeks to Reinstate Mask Mandate

On Tuesday, attorneys for the Biden administration’s Department of Justice argued before the 11th Circuit Court of Appeals that the mandate the administration put in place in January 2021 for all passengers on planes and other forms of mass transit to wear masks should be reinstated. Experts are pointing out that the government has failed to demonstrate that reestablishing a mask mandate is an urgent matter of public health and that the original mandate infringed on personal freedoms.

The Biden administration’s latest move comes nine months after a federal judge in Florida struck down the mask mandate for planes and public transit, ruling that “the Mask Mandate exceeds the CDC’s statutory authority and violates the procedures required for agency rulemaking under the [Administrative Procedure Act].” As observers are noting, the administration did not appeal the April 2022 decision at the time it was handed down, calling into question the claim of the mandate being an “urgent” public health matter.

“The government has shown by its actions or inactions, if you will, that this appeal is not about an urgent matter of public health,” said Brant Hadaway, an attorney arguing against the administration in the case. “If you’re saying, ‘We’re defending the public health, we’re protecting lives, this is a matter of life and death,’ which is what they said in the rule, then you would have expected them to come in and say, ‘Judge, we need to stay this because people are going to die.’”

An attorney representing the Health Freedom Defense Fund further argued that the original mask mandate was unlawful to begin with. “CDC promulgated a rule of unprecedented scope … for the first time claiming authority to directly govern the lives of every member of the traveling public without bothering to explain its statutory authority.”

The DOJ move also comes four months after President Biden declared that the pandemic was “over” during a “60 Minutes” interview. Even so, a DOJ representative attempted to explain that their request to reinstate the mandate was about preventing future pandemics. “You can imagine the next pandemic, there was an outbreak of measles or SARS and the CDC would want to and need to take swift action in order to control such a pandemic in the future,” the attorney said.

“I think a lot of manipulation has been done and we’re seeing government exert power in such a way [by] using COVID and then moving on to other things,” he observed. “I think the American people are being very careful to not let their liberties just go so easily because a bureaucrat somewhere is slinging a pen and saying, ‘You got to do this.’ Fauci is completely without credibility, as far as I’m concerned, as well as others who are in the CDC.”

LaMalfa continued, “This is so 2020, right? It’s over with in most people’s minds. … A tiny percentage of people these days are voluntarily using the mask. Even the announcement on the aircraft as you’re taking off [says], ‘They’re optional. Just respect other people’s choices.’ So it’s really disconcerting that they’re still pursuing this because I think they just don’t want to be shown how wrong they were as to the extreme extent that they made mandates on people’s lives with masks and being shut in.”

The congressman went on to note that the science undergirding the effectiveness of masks is highly disputed.

“It’s very little about public health. And if the statistics on masks have any bearing on that — one of your better masks only has the ability to trap down to three microns, and the virus itself is one micron. I think there’s a lot of holes in the so called ‘science’ that these are a life-saving measure anyway. But if you want to wear one, go ahead. And if you still have to wear one to go into the medical center and a lot of things like that, okay, fine. But the American people are pretty much over this.”