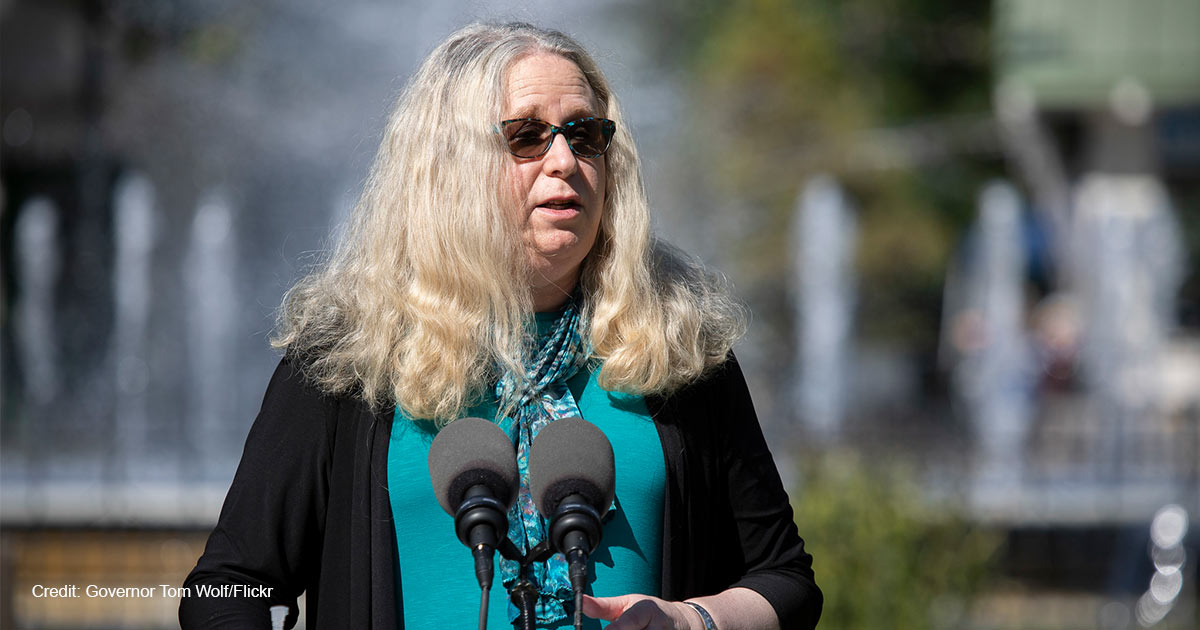 Rachel Levine, a biologically male senior official at the Department of Health and Human Services (HHS) who identifies as a transgender woman, recently stated publicly that he was happy to have undergone gender transition procedures later in life because it allowed him to have children. Experts, however, are pointing out that the policies promoted by Levine favor allowing minors to undergo gender transition procedures despite the fact that such procedures can lead to permanent sterility.

At a recent public event, Levine stated, “If I had transitioned when I was young, I wouldn’t have my children. I can’t imagine a life without my children.”

Levine expressed relief about having not undergone gender transition procedures such as receiving puberty blocking drugs and cross-sex hormones as a minor, which can cause irreversible, permanent sterility. Notably, however, Levine publicly advocated for minors to in fact be able to undergo such treatment in July. “We really want to base our treatment and to affirm and to support and to empower these youth not to limit their participation in activities and sports, and even limit their ability to get gender affirmation treatment in their state,” he said.

The Biden administration has backed statements like this up with policies. In July, Biden’s HHS proposed a rule that revised Section 1557 of the Affordable Care Act (ACA) to include “sexual orientation and gender identity” and “reproductive health care services” including “pregnancy termination” to existing “protections against discrimination on the basis of sex.” Critics say the rule would have forced conscientious-objecting health care workers to violate their religious beliefs, not only through having to carry out abortions but also having to carry out gender transition surgeries to remove healthy organs and administer puberty blocking drugs and cross-sex hormones. In December, a federal appeals court agreed, ruling that the proposed rule violates the Religious Freedom Restoration Act.

Meanwhile, a number of individuals who have detransitioned out of the transgender lifestyle after having undergone irreversible procedures as minors have expressed disillusionment and regret at the prospect of how it will affect their future families. Chloe Cole says she was pushed into undergoing a double mastectomy at age 15, and is heartbroken that she will be unable to breastfeed her future children. “Adrian” has similarly been left “despairing and sterile.” Other examples of those who were pushed into transition procedures and have come to regret them abound.

Dr. Jennifer Bauwens, the director of the Center for Family Studies at Family Research Council, noted the disparity between what studies show and the actions of the Biden administration.

She continued, “Here we have from the very top someone who is illustrating this very dynamic by saying, ‘In my personal life, I’m so grateful that I didn’t transition as a child so that I was able to have what I wanted, but let me impose this on everyone else.’ It’s distressing and at the same time not surprising because it is such an apropos representation of an ideology that promotes disassociation — the right hand literally does not know what the left hand is doing.”

Bauwens, who formerly worked as a clinician providing trauma-focused treatment to children, pointed to a seemingly willful ignorance of science on the part of the Biden administration.

“For someone who is in Health and Human Services and isn’t aware of the studies that are going on in other government agencies that have clearly shown that most brains aren’t even developed until 25 — disregarding all of that knowledge and imposing your own view, which isn’t even your own experience,” she observed. “This approach is not rooted in science, so there’s no grounding in the scientific method onto practice, and everything we know about scientific ethics and protecting vulnerable classes of people — which children are included in that class — that’s just thrown by the wayside.”