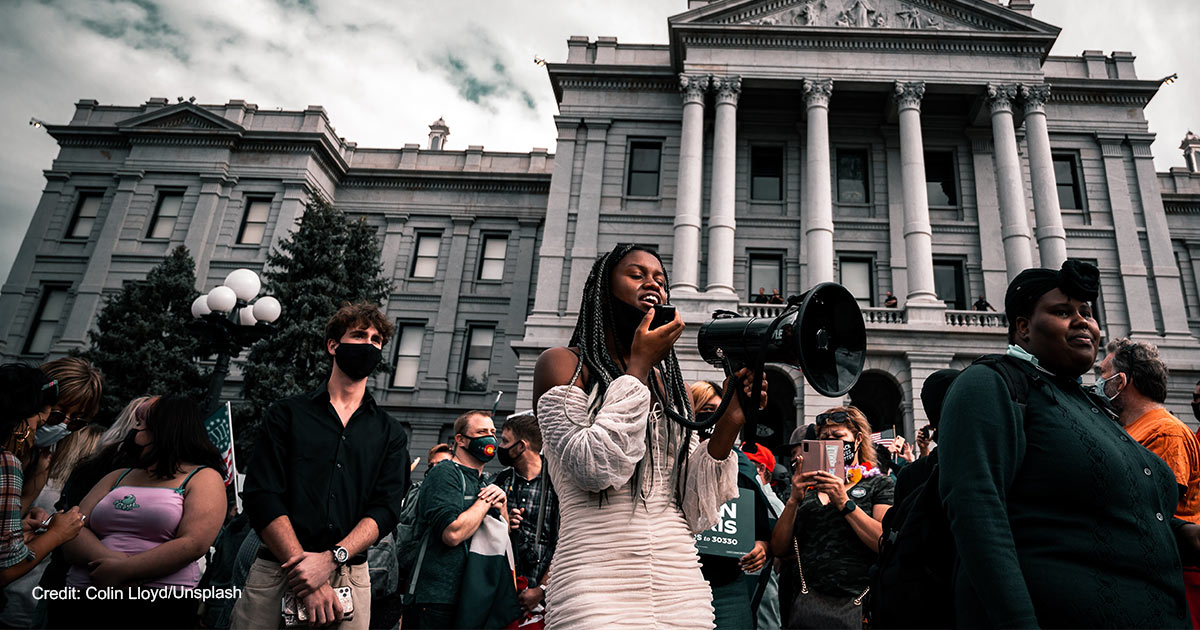 CNN exit polling from Tuesday’s midterm elections shows that the unmarried woman’s vote has become a force for the Democratic party, with 68% voting blue at the ballot box. Some, such as Fox News’s Jesse Watters, have gone so far as to say that single women were what stood between Republicans and their anticipated red wave.

In contrast, married men (59%) and married women (56%) are more likely to vote Republican. More recently, single men have joined the ranks of the GOP (52%). Brad Wilcox from the Institute for Family Studies tweeted: “The Republican Party is the party of the married and … increasingly unmarried men. The Democratic Party is the party of unmarried women.”

Studies report that the single woman’s Democratic vote can be traced to a number of factors. Political scientists found in their research that unmarried women buy into “gender linked fate,” meaning that they believe they will be as well off as women in society as a whole are. Therefore, if they perceive women to be endangered, they will feel endangered. This is why many single women subscribe to feminist causes, caring about issues perceived to be “women’s rights,” such as “sex positivity,” abortion, fair pay, and gender roles as they generate their own income and rely on themselves alone. As a natural result, single women lean liberal.

This is contrary to the married woman’s point of view, tending to lean conservative due to “economic reliance” on men. They are less likely to be outspoken for feminism at the expense of the men they rely on. “One of the fascinating things about our ongoing political realignment is the massive political incentive Democrats have to keep women unmarried,” Mollie Hemingway, editor-in-chief at The Federalist, tweeted her perspective.

Ken Blackwell, senior fellow at Family Research Council, says there is no surprise that unmarried women gravitate towards the Democratic Party, nor that married people feel estranged by it. “Families and America’s tradition have been the incubator of liberty,” he told The Washington Stand. “When you put a restraint on big government, you have to turn to the family as the most basic force of culture and socialization in our system. So when you see this wholesale attack on the nuclear family by the Democratic Party agenda, it doesn’t surprise me that married men and women with children find the agenda of the Democratic Party to be alienating, and the Republican Party agenda that is pro-life, pro-family [is] supportive of those forces in our society that provide community and national safety.”

After Roe v. Wade’s reversal, the abortion issue became a big factor in the unmarried woman’s blue vote. Blackwell pointed out that, with a majority of college students in support of abortion, many college-educated women feel strongly about their Democratic, pro-abortion sentiments. However, Blackwell warned against overgeneralizing. Though a minority, pro-life single women exist on collge campuses, notably through groups such as Students for Life and Young Women for America.

Blackwell admitted that there is room for growth in GOP messaging, especially on the abortion issue. He told TWS that post-Dobbs, some went on the defensive instead of doubling down on the life message. Going on offense is a winning strategy, he explained, noting that Republican governors who took strong pro-life actions did well in their election races on Tuesday.

He explained what it looks like to not pull punches, telling TWS, “I think there were too many political candidates that made a mistake this time around of being on the defensive around the Supreme Court’s overturning of Roe as opposed to [those who] went on the offensive [and] pushed back. They said, no, we are not for a culture of death. We are not for this radical agenda of killing babies.”

“Don’t hesitate to be on the offense and protecting life,” Blackwell emphasized.

FRC policy analyst Joy Stockbauer offered correction for Republican messaging on abortion, telling TWS that the GOP needs to lean into the pro-woman nature of the pro-life stance. “The abortion industry, backed by millions of dollars in funding, partners with the Democratic Party to convince unmarried women that they would not succeed in a world without abortion,” she said. “The GOP must continually combat this lie with the truth that no woman should have to sacrifice her child in order to succeed in a male-normative society. Rather, society must accept women in their totality, including their capacity for pregnancy."