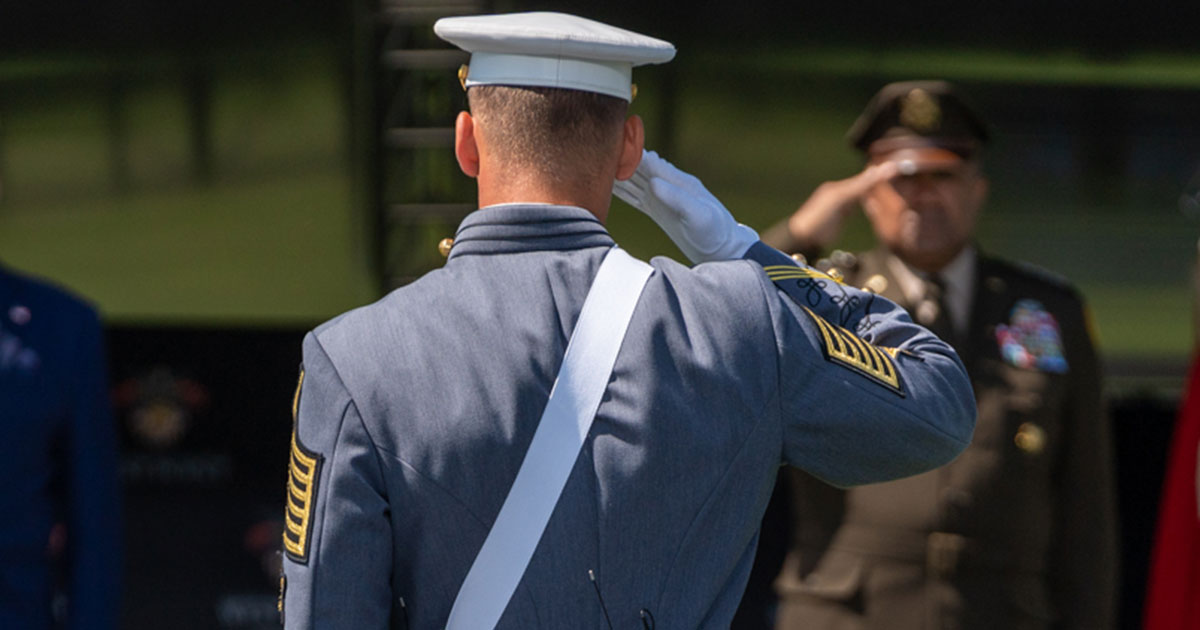 The institution charged with training the next generation of American military leaders teaches that “racism” marks every aspect of U.S. society, “slavery” is alive and well in the United States, capitalism oppresses the poor, and it indoctrinates soldiers in feminism and “queer theory,” a Freedom of Information Act request has found.

CRT grew out of critical legal studies and gained popularity at an academic conference held at the University of Wisconsin-Madison Law School on July 8, 1989. One of CRT’s pioneers, Richard Delgado, described his fellow CRT theorists and conference attendees as “a bunch of Marxists.” Delgado and his wife, Jean Stefanic, wrote that “critical race theory questions the very foundations of the liberal order; including equality … neutral principles of constitutional law” and the concept of unalienable “rights,” a pillar of the U.S. constitutional system.

CRT theorists believe that, since race does not exist, any inequality between racial groups can only be explained by discrimination — and not by any group’s efforts or circumstances (for instance, the fact that 77% of black children are raised in fatherless homes with all the pathologies that are created as a result). Ibram X. Kendi, who has popularized CRT’s teachings, wrote that “racial discrimination is thesole cause of racial disparities in this country and in the world at large.” The only cure for this state of affairs is “future discrimination” carried out through the racialized government confiscation of wealth, which creates what CRT deems “equity.” Some CRT materials teach that all members of some racial groups are inherently oppressed, while all members of other “races” are inherently oppressors.

President Donald Trump banned the teaching of such theories through an executive order in September 2020, but Joe Biden reversed the order months later.

America is “an institutionalized system that continuously oppresses those [not on] the top of the racial pyramid,” taught one slide presented to West Point cadets. The presentation told black enlisted men that U.S. society “looks on” at them “in amused contempt and pity.”

“Slavery remains the epicenter of the intertwining of history, economics, and culture in the modern world,” claimed one presentation at the academy.

Another slide presented a series of racial wealth disparities as examples of “MODERN DAY SLAVERY IN THE USA.” (Emphasis in original.) It helpfully noted that W.E.B. “DuBois, much like [Karl] Marx, believed that capitalism exploited those at the bottom.”

Both CRT and socialism teach that government must seize ill-gotten gain and redistribute it to the have-nots.

One presentation on critical race theory alleged that “[r]acism is ordinary” in American society. “White Americans have primarily benefited from civil rights legislation,” thanks to “interest convergence” — a bit of CRT circular reasoning that teaches America’s white majority only allows some minorities to benefit when it serves dominant white interests.

The West Point presentation justified Affirmative Action by asserting, “unqualified white Americans” are more likely to obtain certain jobs “regardless of skill set and background,” because of “who they know.” Yet America believes in “[m]eritocracy: the belief that opportunities and rewards are distributed according to effort” and hard work. “Do you think Affirmative Action creates an environment for ‘reverse discrimination?’” it asked. “Use CRT to support your answer.”

Its slide on “Queer theory” called for “anti-discrimination enforcement,” presumably an attempt to crack down on those who oppose radical LGBTQ gender theory.

Some congressional leaders have sounded the alarm over such divisive concepts being taught in an institution putatively devoted to readying a cohesive group for battle. “Our academies are promoting CRT,” Rep. Chip Roy (R-Texas) has noted. “Cadets were asked [about] their whiteness and encouraged to use CRT in their answers.”

West Point’s CRT material insisted that “racism is built into and reproduced through institutions that organize everyday life. Now, what is more divisive than that sort of principle being drummed into the minds of our future military leaders?” asked Bill Marshall, senior investigator at Judicial Watch, on “Washington Watch” Tuesday afternoon.

“Military academies in particular are among the most meritocratic organizations [and] institutions in our society. And this ideology seems specifically designed to undermine that unity of spirit and cohesion … that is so important to the military’s mission,” Marshall told guest host Joseph Backholm. “That is truly a leveling institution where it doesn’t matter what race you are, what ethnicity, what religion, what your religious creed is: You are all on a level playing field. And this is designed to undermine that.”

Marshall called CRT “noxious,” “toxic,” and “deeply disturbing.” CRT represents “one aspect of the controlled demolition of all of the pillars that make up the framework of our society.”

“This is being orchestrated by very powerful forces against every institution in our country, the schools, the medical authorities, the FDA, CDC,” he said. “This is a widespread, pervasive attack, I would argue, on our society by very malevolent people.”