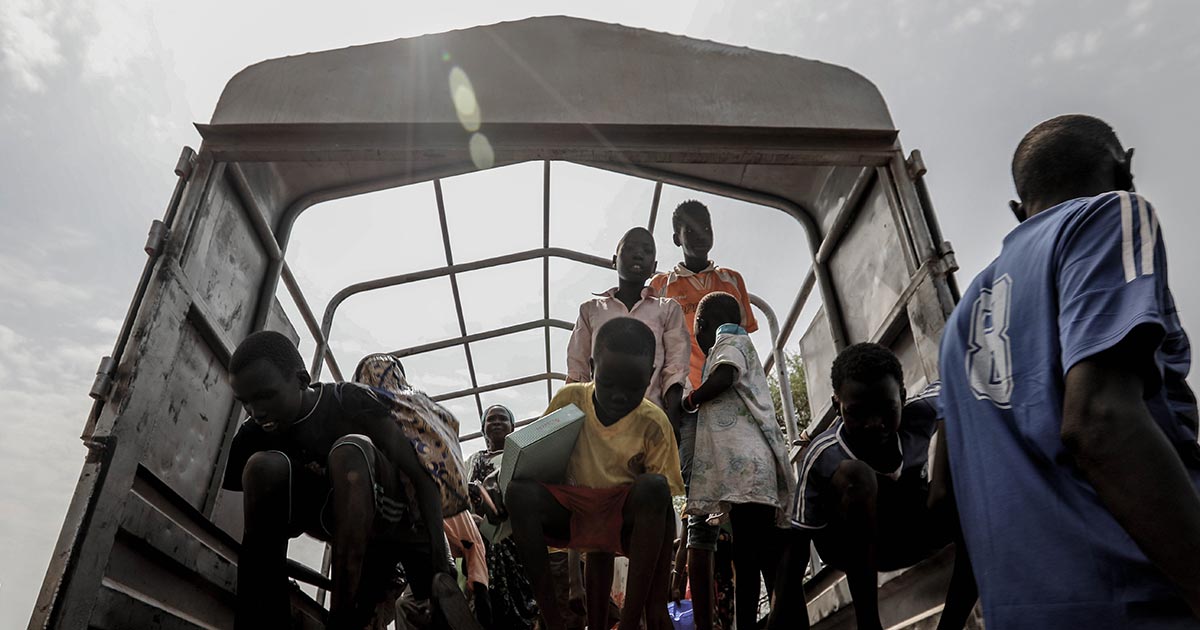 Across today’s increasingly violent world, Christians who are persecuted for their faith can be numbered in the hundreds of millions. Most of them live in poverty and constant uncertainty, yet they continue to pray, praise, and openly worship.

Far too many are subjected to horrifying scenarios. There are vicious abuses of converts to Christianity in Iran, ongoing massacres in Nigeria, and violent assaults on Afghan Christian believers. In fact, on July 5, International Christian Concern (ICC) exposed their ominously titled 2022 “Persecutor of the Year” awards. And the three worst persecutors they have “awarded” are, in fact, Iran, Nigeria, and Afghanistan. But those are hardly the only ones.

Open Doors annually publishes a World Watch List, focusing on the world’s 50 worst persecuting countries, identifying them in the order of their brutality. At the time of the WWL’s 2022 release, over 360 million global Christians were experiencing high levels of persecution and discrimination.

Although Christians aren’t the only people of faith that suffer for their beliefs, they are unquestionably the most endangered. Tens of thousands have died in recent years. And innumerable believers have fled their impossibly dangerous hometowns and even their countries of origin. According to a sobering Open Doors report published in June 2022, titled Church on the Run:

They have been forcibly displaced from their homes because of their religious identity, either as a sole or contributory factor. The displacement of Christians from their homes and communities is a deliberate strategy of religious persecution, designed to erase the presence of Christianity from regions where persecution is most intense. Recent figures demonstrate the scale of global displacement: there are currently a record 100 million people forcibly displaced …

The report explains that “Christians are more likely to be forced out of their homes/countries, and more likely to experience psychological and physical violence once displaced on account of their religious identity and activity. Their protection needs are often poorly understood, or even willfully ignored.”

There are four primary sources of endangerment and abuse that ultimately cause Christians to flee. These threats are magnified in the case of those who have converted from other religions, and particularly from Islam. The first source of danger is their own families, whether immediate or extended. The next is government officials, whether local or national. Another risk is their local community, sometimes including mob violence. And the fourth danger is violent religious groups.

These factors are very much at work in the three countries identified above — Iran, Nigeria, and Afghanistan.

In May 2022, Radio Free Europe reported on the struggles faced by Iran’s Christians, who may number as many as a million or more, due to widespread conversions from Islam. The article cited the well-respected Christian support organization Article Eighteen, whose most recent annual report cited more than 120 incidents of arrest, detention, or imprisonment of Christian converts from Islam, who comprise Iran’s largest Christian community.

The report article explains that “one of the most striking trends in 2021 was the increased involvement of Iran’s powerful Islamic Revolutionary Guards Corps (IRGC) in the crackdown on Persian-speaking Christians. The IRCG was responsible for 12 of the 38 documented incidents of arrests of Christians or raids on their homes or house churches in 2021,” noting “the Iranian authorities’ increased focus on cracking down on evangelism online…”

Meanwhile, according to UNHCR, there were nearly three million displaced persons in Northeast Nigeria in 2020; that number has no doubt swelled dramatically across the entire country due to surging anti-Christian Fulani violence in Nigeria’s Middle Belt.

Like many others who have visited Nigerian victims of conscience, Baroness Cox describes the brutality of the Fulani assailants against Christians. “During many of the attacks, Fulani militia are reported by survivors to have shouted ‘Allahu Akbar,’ ‘destroy the infidels,’ and ‘wipe out the infidels.’” Armed with sophisticated weaponry, they destroy homes and churches and seize property and land, which has resulted in mass displacement. The attacks are organized and systematic. All such findings are recorded in the 2020 report, Nigeria: Unfolding Genocide? by the All-Party Parliamentary Group for International Freedom of Religion or Belief.

Perhaps the most unexpected and shocking report on Christian persecution emerged from Afghanistan, following the sudden U.S. troop withdrawals in August 2021. Charmaine Hedding, President of Shai Fund, explains the dangers there:

Shai Fund has assisted flying thousands of Afghans out of the country including many from the underground church. Those Christians have been identified by the Taliban, and some had to be moved through eight different safe houses to avoid capture. All Christian converts that remain there are under threat, and we know that some 500 actively need immediate evacuation. The situation in Afghanistan continues to be dire for the underground church. Many are being hunted down by local Taliban and their lives are in direct threat of execution for apostasy.

According to Church on the Run, Iran, Nigeria, and Afghanistan are only three countries out of some 58 where religious identity is a primary factor in both persecution and permanent displacement.

In our comfortable surroundings, as we read, discuss, and seek to help our persecuted Christian brothers and sisters, let’s particularly pray for the homeless believers around the world. Most of them have little hope for resettlement. In fact — at least, for now — Heaven is the only home they can believe in.