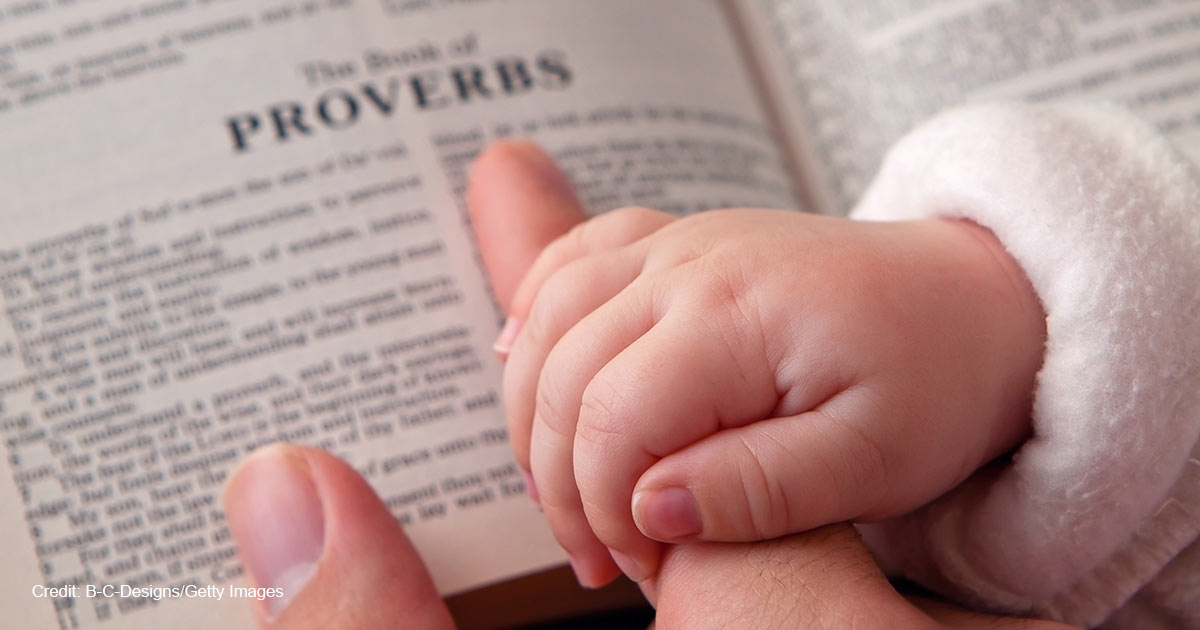 5 Lessons from the Trend of Justifying Abortion with the Bible

Abortion proponents are increasingly invoking God and his Word to try and justify abortion. Here are just four examples from recent weeks:

At the end of June, the Supreme Court’s Dobbs decision overturned Roe v. Wade and returned control of abortion to the political process. Ever since, appeals to Scripture, God, and explicitly religious themes seem to happen more frequently among abortion advocates. This is no accident; rather, it’s a conscious or unconscious response to the changed political landscape. And it’s particularly revealing.

It isn’t my purpose to refute their specific claims. That has been done many times over. There is no question that Scripture tolerates the moral abhorrence of abortion, and Christians have opposed it from the very beginning. For further commentary on that point, here are two excellentsummaries.

Rather, I hope to explore why abortion’s political defenders seek to justify their favorite policy in explicitly scriptural or Christian language, and why now. Here are five conclusions I believe we can draw:

1. Laws Are All about Morality

It’s possible to construct many amoral arguments on both sides of the abortion debate, but appeals to Scripture and religion are inherently grounded in morality. Just look at Pelosi’s repetition of the word “sinful” above. Non-Christians recognize the Bible as a source of good moral teaching even when they don’t believe that it is the infallible word of God (Thomas Jefferson, for example). In fact, God expressly intended unbelievers to admire the moral purity of the Scriptures. He tells Israel through Moses, “the peoples … when they hear all these statutes, will say, ‘Surely this great nation is a wise and understanding people’” (Deuteronomy 4:6).

In part, abortion advocates invoke Scripture because Christians’ moral abhorrence of abortion leads them to be some of its staunchest opponents. This is evident in the targeting of churches (38 churches have been vandalized since the Dobbs opinion leaked in early May). It’s also evident in the defensive posture of some abortion proponents (such as Scarborough’s refutation above). Abortion advocates employ moral language because their opponents employ moral language.

But with both sides of the abortion debate employing moral arguments to justify their position, that means this legal and political question is really a moral one. Sometimes secularists try to gain the upper hand by insisting that others have no right to “force their morality” on anyone, thus defining their own belief system as the neutral one. But the truth is that all laws have a moral component. We can define them as amoral, but even that requires taking a moral position. The moral issues at play appear most clearly when both sides employ explicitly moral language, particularly religious language, as they are now doing in the abortion debate.

Of course, this isn’t the first time that abortion proponents have defended the abhorrent institution with a moral argument. Not too long ago they dependably resorted to this line: “Roe v. Wade is the law of the land.” Praise God they can do so no longer.

Wait a moment, you may be thinking, that’s a legal claim, not a moral one. On the surface, yes. But the line meant more than “abortion is lega;l” it usually meant, “abortion is settled, unquestionable.” Grave moral evil must always be questioned, so the statement implies that abortion is not evil.

Cloaking a moral argument in a legal one may seem like a bait-and-switch, but it can be legitimate if the law is a teacher. “If it had not been for the law, I would not have known sin,” said Paul (Romans 7:7). Because laws inherently involve moral issues, people (with many exceptions) learn right from wrong based on what is legal or illegal. Laws institutionalize moral principles, preserving them so they can be reverse-engineered even if they are forgotten. Many abortion advocates (and other people today) would deny the law functions as a teacher, but arguments like “Roe v. Wade is the law of the land” prove that it still fulfills that role.

The newer arguments for abortion that appeal to Scripture are entirely consistent with this. They imply that the prohibition of abortion teaches the wrong moral principles, so it is sinful, or unjust, or undermines choice, or not what Jesus would do. The law’s power to teach is not absolute. There will (and should) always be voices in opposition (like the later Old Testament prophets) to call out the errors of the established order. If there weren’t, a society would calcify its mistakes. Plus, if everyone already agreed, the law would have no one to teach. These frequent exceptions notwithstanding, the law does gradually shape the consciousness of the great body of the people over long periods of time.

If the law plays a role in teaching morality to the people, that fact has implications for all sorts of policy areas. Legalizing all sorts of vices, from recreational drugs to gambling to same-sex marriage communicates to society that these things are not wrong. Over time, society gets the message. Even if such prohibitions prove largely unenforceable, they still have value as a teaching tool.

Another noteworthy feature of the new trend of pro-abortion politicians employing religious language to make their case is simply that it is new. It represents a change in rhetorical tactics. The overturn of Roe v. Wade was a fundamental shock to abortion advocates, and they were forced to grapple with the fact that their longstanding rhetorical fallbacks had failed.

Abortion’s philosophical defense has primarily orbited the solar system of rights language. Having persuaded the Roe court in 1973 to nationalize abortion on the theory that it emanated from a right to privacy that lurked in the penumbra of the Constitution’s enumerated rights, abortion advocates continued to employ rights language. We heard of a “woman’s right to choose,” a “right to reproductive health care,” and even a brutally honest “right to abortion.” The pro-abortion crowd hasn’t entirely abandoned those phrases, but they have been forced to realize that rights language alone is not sufficiently persuasive; they must broaden their rhetorical appeal.

When even those most enamored with rights language must forage in other meadows, it should signal clearly that rights language has limits. Specifically, it should not be understood as an all-sufficient system of moral and political thought (as small- and big-“L” liberals conceive it), but as a tool with a specific and limited purpose. Rights language is like a jackhammer. You need it to lay a foundation, but endeavoring to build the entire house with it will not only fail, but destroy everything in the process. It’s useful to conceive of certain fundamental human rights, but not even these can retain their credibility if rights are multiplied endlessly.

In that sense, abortion advocates have learned the wrong lesson. The real problem with abortion is that it’s a wrong, not a right. No moral language can ever justify a practice so contrary universal standards of justice. Let us improve their wrong lesson by learning the right one; don’t trust the liberal theory of rights beyond its natural limits. The only system of thought that is perfectly satisfactory and self-sufficient is a biblical worldview.

4. Christianity Is Unique and Uniquely Good

Of all the possible moral authorities they could appeal to, these abortion advocates have chosen to appeal to the Bible. Perhaps they are motivated by a desire to undermine pro-lifers. Perhaps it is due to their own upbringing or Christianity’s latent influence on this country (which would have seemed far from likely in 30 AD, humanly speaking). In any event, although they clearly do not believe in the God of the Bible and the gospel of salvation in his Son, these servants of the evil one acknowledge the Bible as the supreme moral authority. Not the writings of Mohammed, Buddha, Confucius, the pantheons of India, Norway, or Mexico, or the spiritualism of voodoo, Shinto, or dervishism — they appeal to the Bible, particularly the words of Jesus.

Oddly, abortion proponents also vilify Christians who bear witness to the moral evil of abortion. They call them hypocrites, oppressive, the patriarchy, or theocrats. The charges range from preposterous slander to uninformed projecting to exaggerated truth. All they really succeed in proving is that Christians are sinners. That’s a lamentable blight on Christ’s name, but not surprising.

Christians already know that they are sinners; no one can become a Christian without recognizing and abhorring his or her own sinfulness. No one lived a sinless life except Jesus Christ, who died as a perfect substitute, taking the place of those who believe in him. Therefore, Christians can also believe this promise, “If we confess our sins, he is faithful and just to forgive us our sins and to cleanse us from all unrighteousness” (1 John 1:9). Christians are seeking to put their sins to death; through the Holy Spirit, that is possible.

Unbelievers may not like Christians, but they cannot avoid the pure goodness of Jesus’s teaching. It’s just so attractive. Against the fruit of the Spirit “there is no law” (Galatians 5:23). Jesus is the model; every Christian is an imperfect imitation who is being made perfect. No other religion came down from heaven, granting men to be made righteous and holy by the power of God. And because it came down from heaven, Christians don’t presume to contradict the Bible where it speaks clearly — as it does on the immorality of abortion, taking the life of an unborn human being, who is made in the image of God.

5. Beware of Twisting the Scriptures

Abortion proponents who quote the Bible perform some grotesque origami on the pages of Scripture, but we should remove the log from our own eye (Matthew 7:3) before we indulge in outrage. The truth is, it’s easy to take the Bible out of context and twist it to suit our own whims if we only have a passing knowledge of it. We can read it with an eye for anything that could justify our preconceived notions, and, behold, we find what we’re looking for. That’s the way that Satan wants us to read God’s word (Genesis 3:1-5, Matthew 4:3-11).

The Bible doesn’t exist so that we can take from it whatever we desire, and leave behind whatever displeases us. The Bible is God’s word. It is his revelation to man of who he is, who we are, and how we relate to him. The Bible is our marching orders from our general, not our cookbook. We must submit to all of it, even the parts that rub our natural spirit the wrong way; that’s what transforms us. Furthermore, we must be “no hearer who forgets but a doer who acts” (James 1:25); what we read must impact our lives and cause us to grow in personal holiness.

King Saul played fast and loose with God’s word by the prophet Samuel. He disobeyed the Lord’s instructions — did precisely the opposite, in fact — for his own, personal aggrandizement. Yet he boldly proclaimed, “I have performed the commandment of the Lord” (1 Samuel 15:13). After Samuel confronted him twice, Saul still insisted that he had done exactly what God commanded. So Samuel stops him cold:

Has the Lord as great delight in burnt offerings and sacrifices, as in obeying the voice of the Lord? Behold, to obey is better than sacrifice, and to listen than the fat of rams. For rebellion is as the sin of divination, and presumption is as iniquity and idolatry. Because you have rejected the word of the Lord, he has also rejected you from being king. (1 Samuel 15:22-23)

Saul’s heart was unrepentant, and from this point on God rejected him. God takes it seriously when people ignore, twist, or presume upon his word. Witnessing people use the scriptures to try to justify abortion should remind us how gravely we can screw up when we try to exploit God’s Word for our purposes, instead of submitting to it for his.