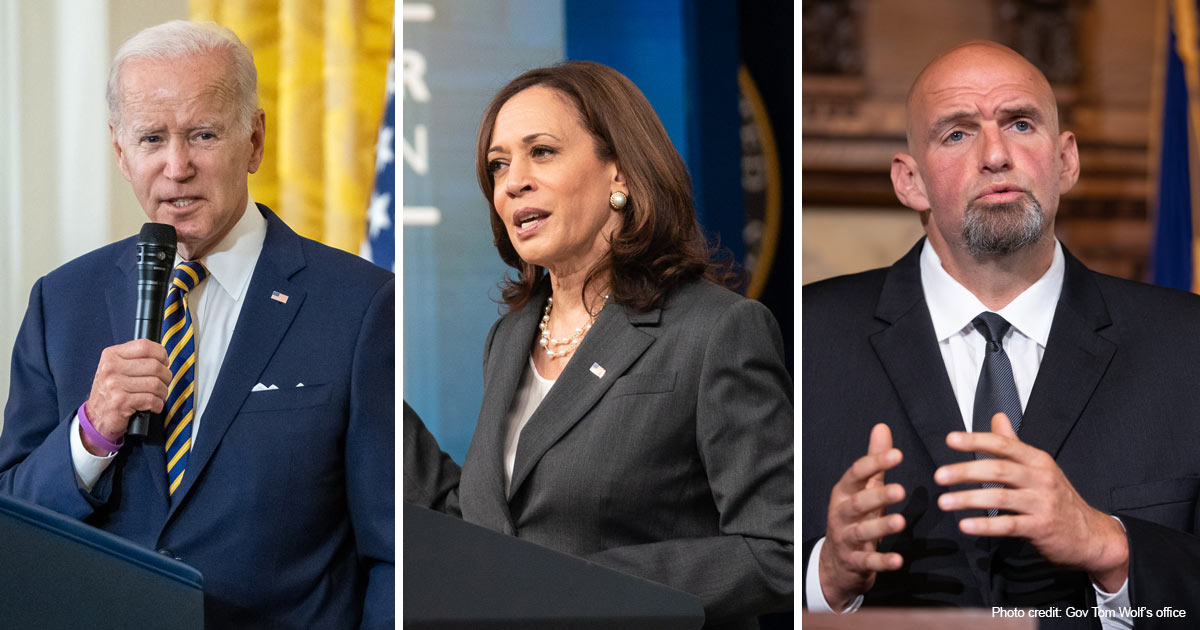 In recent years, the individuals responsible for leading our nation have often been marked by either immense fame or a lifetime of name recognition based on holding prior offices. Perhaps it is time for Americans to raise our standards and place greater value on a key indicator of integrity for political leaders: respect for human life.

A recent Washington Post opinion piece makes the claim, “For the good of the country, Biden and Harris should bow out of the 2023 election.” The author, libertarian-conservative commentator George F. Will, cites one of President Biden’s recent gaffes in which the commander-in-chief confidently asserted that his $426 billion student loan forgiveness plan was “passed by a vote or two” and that he had “just signed” it into law. In reality, Biden’s student loan forgiveness was an act of pure executive overreach — not an act of Congress.

Will also expands on the deluge of moments in which Vice President Kamala Harris has stunned and confused even crowds of progressive supporters with her meaningless word salad and trademark cackle. Though impossible to pick a favorite from this endless list, a solid contender is perhaps her adulation for, of all things, school buses: “I have a particular fondness, I must tell you, for electric school buses. I love electric school buses. I really do … I’ve been on these electric school buses … 25 million children in our country, every day, go to school on those diesel-fueled school buses. And hundreds, thousands of school bus drivers are driving those buses.”

Will could have included Democrat John Fetterman, current lieutenant governor of Pennsylvania and candidate for U.S. Senate, in his critique; Fetterman drew national attention in his performance in the only debate of the campaign cycle, which displayed the lingering effects of a stroke that he suffered before the May primary. Despite the use of closed captioning to assist his delayed auditory processing, Fetterman struggled to respond clearly to the moderators. In one particularly painful moment, Fetterman visibly wrestled with his stance on fracking, saying, “I do support fracking — I don’t, I don’t — I support fracking, and I stand — and I do support fracking.”

These three Democrats are incapable of clearly expressing themselves for very different reasons — a shared trait that raises concerns among the Americans that they seek to represent. This is not a subjective standard; it is the very reason why the 25th Amendment exists.

However, it is important to note that verbal incoherence is not the only characteristic that sets Biden, Harris, and Fetterman apart as poor examples of American leadership; the three are also rabidly anti-life.

Thanks to science, we know that human life begins at fertilization; 96% of biologists affirm this truth. At the moment of fertilization, a unique, unrepeatable human entity comes into existence. The DNA of this tiny zygote instantly includes attributes like sex, eye color, and future personality traits. The zygote is biologically alive, displaying activity such as a metabolism, growth, reaction to stimuli, and reproduction.

Babies in the womb are alive — and Democrats like Biden, Harris, and Fetterman are actively fighting for the legal ability to kill these living human beings not only at the moment of fertilization, but even up until the moment of birth.

There is a moral difference between the stance that a political leader has on an issue like fracking and the stance that he or she has on abortion. There is no logical moderate or neutral position that one can take on the intentional killing of an innocent human being. There are politicians who acknowledge the right to life of all human beings, regardless of age or development — and there are politicians who, despite all scientific evidence, reject the humanity of a population of innocent humans because their existence is inconvenient and the business of killing them is immensely profitable.

Political leaders have a moral and constitutional responsibility to fight for the lives and liberties of all innocent Americans. The remnants of a culture of death will linger in our nation until Americans hold our leadership accountable to respect the dignity of every human life.