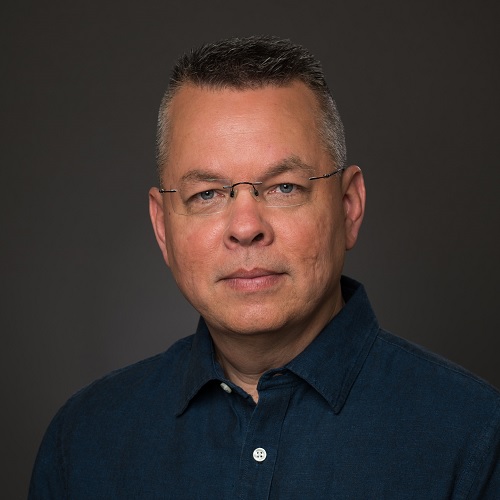 This is the second part of a series on how Christians can prepare to face persecution. Read part one.

I understand fear. In prison I was separated from my loved ones by force. I was locked away with no control over anything, with the power of a hostile government set against me and the threat of three life sentences. I was terrified, and this meant that I had constant bursts of adrenaline that kept me from sleep. Eventually my body started to break down. I lost 50 pounds. Panic attacks came in waves, night and day. So, I’m an expert on fear.

Jesus repeatedly warned His disciples that they would encounter persecution and hardship, and He repeatedly admonished them not to fear. When there’s a threat, the natural reaction is to be afraid. I personally don’t know how to avoid the surge of adrenaline, the fast-beating heart. I think Jesus’ emphasis is not so much “do not feel fear” but rather “do not act out of fear.” The danger is that the person who surrenders to fear may compromise his faith, fall away and even deny Jesus.

God is Our Judge

First, we need to nurture a straight-up fear of God as judge. Some things stood out to me like never before as I read the Bible in prison. One was the large number of exhortations to persevere, to endure, to overcome — and the consequences of not doing so. Those are hard words. They were very sobering to me.

We rightly emphasize the love of God, but we don’t like to talk about hell and judgment. Yet Jesus talked about it quite a bit, and He did this because there are terrible consequences to denying Him, to compromising our faith. Jesus said it very clearly and bluntly: “And do not fear those who kill the body but cannot kill the soul. But rather fear Him who is able to destroy both soul and body in hell” (Matthew 10:28, NKJV).

This was not empty rhetoric. Jesus was warning and preparing His closest disciples for the difficulties they would face and the hard choices they would have to make. In the end, most of them were killed for their faith because they remained loyal to Jesus. There is a healthy fear of God, a fear that God wants us to have because it encourages loyalty to Him.

Second, we need to nurture a right perspective — to develop eternal eyes.

This is how Paul looked at his suffering. He wrote: “For our light and momentary troubles are achieving for us an eternal glory that far outweighs them all. So we fix our eyes not on what is seen, but on what is unseen, since what is seen is temporary, but what is unseen is eternal” (2 Corinthians 4:17-18, NIV). Paul was right. This life is very short. It’s temporary. And then comes forever. This should put things in perspective. But Paul had an advantage — he had an encounter with the resurrected Jesus that was so powerful it literally knocked him to the ground. And he also tells of visiting Heaven. He could see with eternal eyes because he had actually seen Heaven. He’s not speaking in faith but from lived experience.

I begged for such an experience. I was sure that if God let me see what Paul did, then I would stop complaining; I would see my suffering in a very different way. But I had to get the right perspective the hard way, the way most of us will. So I can say from experience that it is possible to develop a fear of God and a heavenly perspective, even in the most difficult circumstances.

Near the end of my first year in prison, I was called into a court session and told that they had added new charges against me that would result in three life sentences in solitary confinement with no possibility of parole. And they tacked on an extra 35 years just to make sure. After that, I couldn’t get out of bed for three days. I was devastated. A couple of weeks later, I was singing my grief and sense of loss to God. And what came out of my mouth was, “You are worthy.” I kept on, and out of this came a heart song, my cry to Jesus. One verse says, “I want to be found worthy to stand before You on that day with no regrets from cowardice, things left undone.”

I envisioned standing before Jesus at the end of my life and having Him say to me, “Andrew, I had assignments for you that were left undone because you were a coward. And there was an inheritance I intended for you to win, but you ran away.” I determined that I did not want to stand before Jesus with regret. This was a significant change for me.

A few months earlier, at a very low point, I had said to God, “I renounce any ministry You still have left for me. I don’t want any assignments from You. I give it up. I’m willing to be the least person in all of Heaven. Just let me go back to my family. I can’t handle this anymore.”

It had been a terrible failure, but now I began thinking the opposite. I repented and decided that I wanted to complete every single assignment God had for me, even if this meant remaining in prison. I determined that I wanted to live for the day that I stand before Jesus, and I sang that heart song every day for the rest of my imprisonment. As I repeated it again and again, and as I focused on living for the day I stand before Jesus, it changed from being a declaration of intent to actually becoming the orientation of my life.

A fear of God and a heavenly perspective began to take shape and grow in me. It was not a feeling. It was not simply intellectual assent to a truth. There was a spiritual dimension to this. It was supernatural, and this is good news. God really, really wants to build this in us. In fact, He’s promised to do this. God said to Israel, “I will put the fear of me in their hearts, that they may not turn from me” (Jeremiah 32:40, ESV). The Holy Spirit is going to help shape our hearts and minds so that we see and think differently.

Nurture a Desire for Heaven

Third, we need to nurture a desire for Heaven.

There is fear of God, which is healthy and good — so that we avoid judgment. There’s also a great incentive: Heaven. And Heaven is not a boring place. It is going to be absolutely amazing, and in the end, Heaven will come to the renewed Earth. Everything will be perfect.

Jesus told His disciples that they should invest their treasure, their time, their very lives, in Heaven. He told them they should count the cost, and whatever the cost, it is worth it.

He pointed His disciples to Heaven for a reason. He wanted to take away the fear of death and any excessive attachment to this world. And for this to happen, we need to become attached to Heaven. We need to retrain our hearts.

In my second year of prison, I started a discipline of dancing before the Lord for five minutes a day. I became aware that Jesus commanded us to rejoice when we’re persecuted. He said: “Blessed are you when they revile and persecute you, and say all kinds of evil against you falsely for My sake. Rejoice and be exceedingly glad, for great is your reward in heaven” (Matthew 5:11-12, NKJV).

As a matter of obedience, I determined to perform an act of rejoicing every day. I would sing those Scriptures as I danced. And when I got to the line that says, “Rejoice and be exceedingly glad, for great is your reward in heaven,” I would leap again and again, and I’d sing it repeatedly: “Yes, I rejoice, for great is my reward in Heaven.” I assure you that when I started doing this, I did not care much about reward.

It’s very difficult to be motivated by a far-off reward when I’m suffering and want immediate relief, but as I repeated day after day that I was rejoicing because “great is my reward in Heaven,” even though I wasn’t feeling any joy and was not really motivated by reward, something began to change in my inner man. I actually became more focused on Heaven and desirous of being there.

I was also singing my heart song every day: “I want to be found worthy to stand before You on that day with no regrets from cowardice, things left undone.” The second half of that verse says: “To hear You say, ‘Well done, my faithful friend, now enter your reward.’ Jesus, my joy, You are the prize I’m running for.” And as I repeated this day after day, something took root in me. A simple and basic foundational knowing that Jesus is my reward.

Pressing in to these three things — a fear of God, an eternal perspective, and looking to Heaven — changed me over the months, and it built something in me so that when I was put on trial, I spoke these words before the judges and media in the courtroom:

Thinking this way did not make things easy. Suffering was still painful. I felt grief, intense loneliness, the loss of my family, and I still had feelings of fear. But countering this was a conviction, an insistent voice, saying, “You cannot run away. There are great and important things at stake. Stand firm.”

I started to do this early on. I pursued it. I begged God for it because I knew I needed it. Declare what is true: “My citizenship is in Heaven. I’m living for the day I stand before Jesus. Jesus is my reward.” Declare it repeatedly and you’ll begin to believe it and live accordingly. And work on developing eternal eyes so that you have a right perspective. Finally, count the cost and determine that you are willing to pay the price.