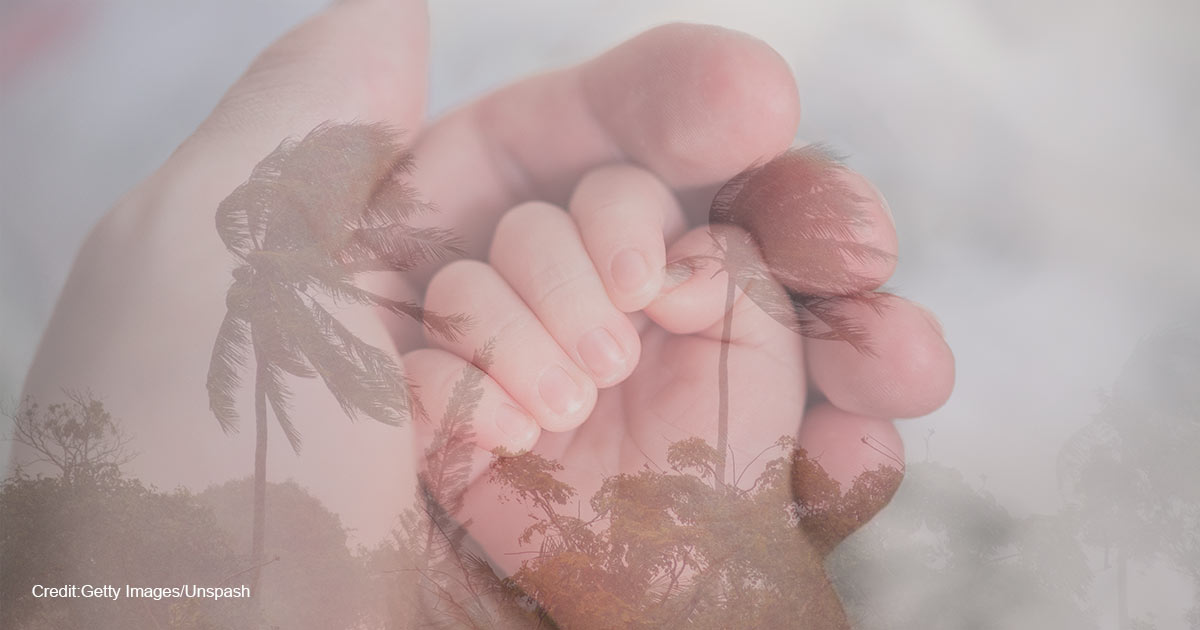 Babies Are Beacons of Hope - Even in a Hurricane

As Hurricane Ian continues to make its way up the east coast, leaving destruction in its wake, the tragic loss of life, home, and treasured possessions has devastated the nation. Even when circumstances are bleak, however, the gift of new life can always provide a source of hope. For labor and delivery nurses in states like Florida, the arrival of a hurricane has long been thought to bring with it the arrival of many new little ones who will need care.

About 20 years ago, a study showed that, “There was a significant increase in the number of deliveries and rupture of the membranes at low barometric pressure.” Though scientific studies are not entirely conclusive, medical professionals anecdotally know that major shifts in barometric pressure during events like hurricanes can result in “an increase of spontaneous rupture of membranes and increased rates of spontaneous labor.”

In the brief days since Hurricane Ian first made landfall, stories have already emerged of the babies being born into a world battered by the storm. Hanna-Kay Williams, a brave mother in central Florida, drove through the hurricane to get to a hospital to deliver her baby girl, who she named Wajiha. According to Fox, “Williams credits the hospital staff for creating a warm and welcoming birth experience, despite the severe weather outside.”

Another mother, Amanda Mahr, was rushed into an emergency c-section as the hurricane bore down on the Florida coast. The New York Times reported, “Hospital staff told the exhausted patients not to look out their second-floor window because it would only make them anxious.” Mahr and her newborn son huddled alongside other expectant parents and babies in the hospital hallway to wait out the worst of the storm.

It is no secret that Labor and Delivery floors in Florida hospitals know how to keep their patients — both mothers and babies — safe during a hurricane. The Florida Department of Health also provides a detailed list of hurricane tips for pregnant mothers to help reduce stress and avoid emergencies, which includes advice like, “Bring at least a two week supply of all medications with you if you choose to relocate or go to a shelter during a storm.”

As Florida takes extra precautions to ensure that babies born during a hurricane safely endure the first storm of their life, it is tragically ironic that states like California are actively working to end as many babies’ lives as possible. This week, California Governor Gavin Newsom (D) signed 12 new pro-abortion bills in his latest effort to make the state the most dangerous place in the country to be an unborn child. One of the new bills even allows babies to be left to die for a period of time after birth.

Sadly, natural disasters such as hurricanes are not the greatest danger that babies in the United States must face. States whose governments have taken a radically pro-abortion stance are ensuring that babies at any stage in pregnancy are vulnerable to violence and destruction in their own mothers’ wombs. The inherent value and preciousness of human life has been utterly rejected in states like California that have embraced abortion.

As a nation, moments of natural disaster and tragedy bring us to a remembrance of the value of all human lives. Even in areas such as Florida, where homes and entire communities have been destroyed, the cries of newborn babies can remind us that there will always be a next generation waiting to carry on the story — but only if they are given the opportunity to be born.