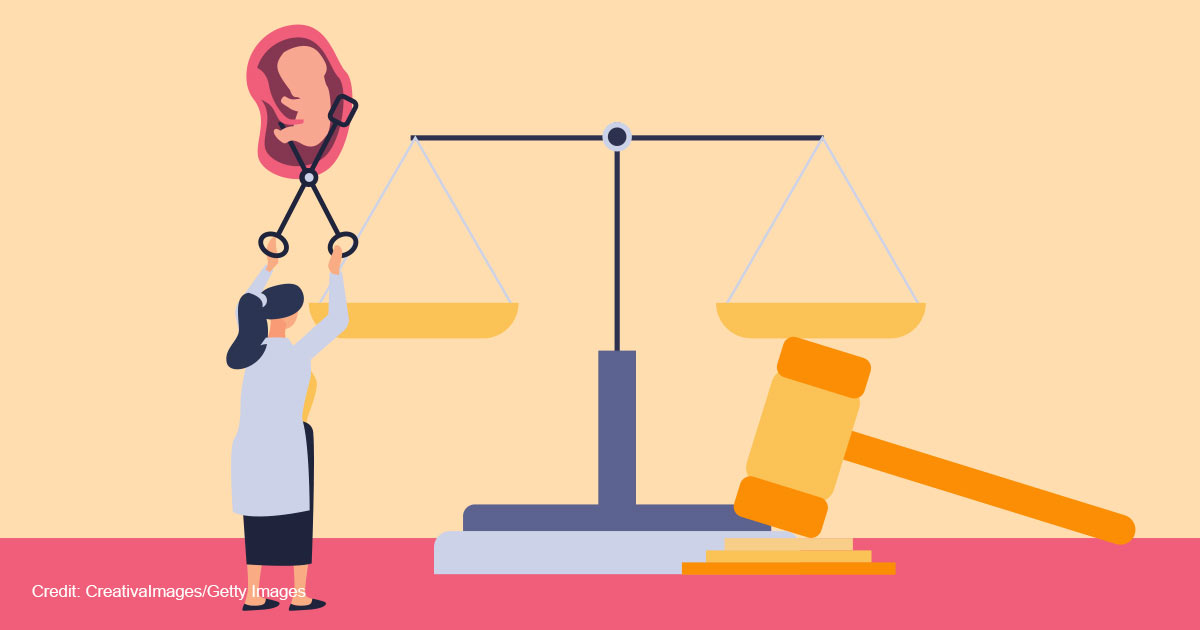 Biden DOJ Falls on Its Sword for Abortion

In an attempt at playing four-dimensional chess, the Biden administration has determined to sacrifice the Department of Justice (DOJ) in pursuit of a political advantage. U.S. Attorney General Merrick Garland announced Tuesday the DOJ was suing the state of Idaho over its pro-life trigger law that bans abortion, which has now taken effect.

But without a court-imposed “right” to abortion, the administration’s practiced lawyers were evidently struggling to come up with a legal argument to support it. That’s what happens when you try to defend a practice so contrary to nature and right reason. The DOJ finally chose to use the Emergency Medical Treatment and Labor Act (EMTALA) for their argument, pretending that Idaho’s law violates the Supremacy Clause by contradicting this federal law. And, in the end, their argument doesn’t challenge the basis of the law itself — criminalizing abortion — but seeks to declare the law invalid for not having exceptions broad enough to satisfy their sophistry.

Under EMLATA, explained the DOJ, “If a person with an ‘emergency medical condition’ seeks treatment at an emergency department at a hospital that accepts Medicare funds, the hospital must provide medical treatment necessary to stabilize that condition.” So far so good. The state of Idaho would have no objection.

But they continue, “Crucially, ‘emergency medical conditions’ under the statute include not just conditions that present

risks to life but also those that place a patient’s ‘health’ in ‘serious jeopardy’ or risk ‘serious impairment to bodily functions’ or ‘serious dysfunction of any bodily organ or part.’ In some circumstances, medical care that a state may characterize as an ‘abortion’ is necessary emergency stabilizing care.” Thus, the DOJ lawsuit asserted, “the Idaho law would make it a criminal offense for doctors to comply with EMTALA’s requirement to provide stabilizing treatment.”

But there’s a bit of equivocation on the definition of “health.” “The word ‘health’ has been left up to the courts to interpret, and it’s always been interpreted broadly,” Connor Semelsberger, director of Federal Affairs for Life and Human Dignity at Family Research Council, told The Washington Stand. For instance, emotional distress is cited as a rationale falling under mental health of the mother. “That’s why these state laws always use the life of the mother and interpret it narrowly,” said Semelsberger. Yet in this lawsuit, the DOJ emphasizes “serious” health concerns, repeatedly citing as examples, “ectopic pregnancy, severe preeclampsia, or a pregnancy complication threatening septic infection or hemorrhage.” All of those conditions are potentially life-threatening, explained Semelsberger, and not the intended target of Idaho’s law.

The DOJ also takes issue with the structure of Idaho’s law, prohibiting abortions first and then listing exceptions. “The prima facie [Latin adjectival phrase meaning “on its face”] criminal prohibition in Idaho’s law does not contain any exceptions,” they protest, and an accused physician must raise an “affirmative defense,” and “bears the burden of proving the defense to a jury.”

On this point, the lawyers on the case deserve more credit for their active imaginations than for their sound legal reasoning. The legal structure (and underlying ethical question) is similar to a criminal prohibition on murder that contains an exception for self-defense. Just as a wise prosecutor would not bring murder charges in an obvious case of self-defense, so a wise prosecutor would not charge a physician for performing a procedure to “prevent the death of the pregnant woman” that resulted in the death of her unborn child. The DOJ even admits in a footnote, “Termination of an ectopic pregnancy — which can never lead to a live birth and poses inherent danger to pregnant patients — is not considered an abortion by medical experts.”

“We can imagine a scenario in which this law could be applied incorrectly” is not a great argument for striking down a law, especially without evidence that’s it is being applied incorrectly. The only exception is when laws are hopelessly vague, which no one is arguing here. Courts must consider whether there is an interpretation of a law that fits with other laws before taking a step as drastic as striking it down. This is an essential guardrail to preserving a government of the people, not of the judges.

Because the Idaho law has just taken effect, the Biden administration has no evidence yet of how it will be applied, so they are trying to argue that the law should be struck down “as written.” But to make Idaho’s abortion ban arguably violate a federal statute, they have to twist it beyond recognition. Neither historically nor currently has the pro-life movement or their legislative allies argued in favor of criminalizing life-saving medical care. They have objected to “health” exceptions broader than the gaps in the border wall, but only because they’re bogus. Abortion advocates always prefer to attack a straw man.

Semelsberger believes the DOJ understands how flimsy their argument is. “It shows that they don’t have a lot of standing to sue against these laws outright,” he said, “so they’re picking very nuanced arguments.” They’re playing the part of good foot soldiers in Biden’s no-holds-barred campaign against pro-life laws everywhere, but they aren’t well-armed.

Idaho state officials agreed. “Instead of … reconciling Idaho’s law with EMTALA, or even attempting to engage Idaho in a meaningful dialogue on the issue, the federal government has chosen to waste taxpayer dollars on an unnecessary lawsuit,” lamented Idaho Attorney General Lawrence Wasden (R). Idaho Governor Brad Little (R) was even more direct, saying, “The U.S. Justice Department’s interference with Idaho’s pro-life law is another example of Biden overreaching yet again while he continues to ignore issues that really should demand his attention.”

But Semelsberger thinks the DOJ is trying to achieve a political objective, not a legal one. “If they felt the Idaho law was out of step with federal law, the proper action would be to withhold federal money, not to sue them,” he said. That’s what the U.S. Department of Agriculture is doing to school districts who don’t adopt a trans-permissive bathroom policy. Instead, we have a lawsuit.

So, what game is the DOJ playing? Semelsberger thinks it’s telling that they chose to sue Idaho. Out of all the states with pro-life laws, it’s not an obvious choice. It’s a small state. It has few abortion providers. Why not make an example of Florida or Texas? It doesn’t have pro-abortion elected officials who will play along, like Wisconsin. Instead, Semelsberger believes the Biden administration selected Idaho because it’s the only pro-life state covered by the 9th Circuit Court of Appeals, the most progressive circuit.

“It smells of politics,” Semelsberger said. “Their goal is to get a federal challenge on any pro-life law and see where it goes.”