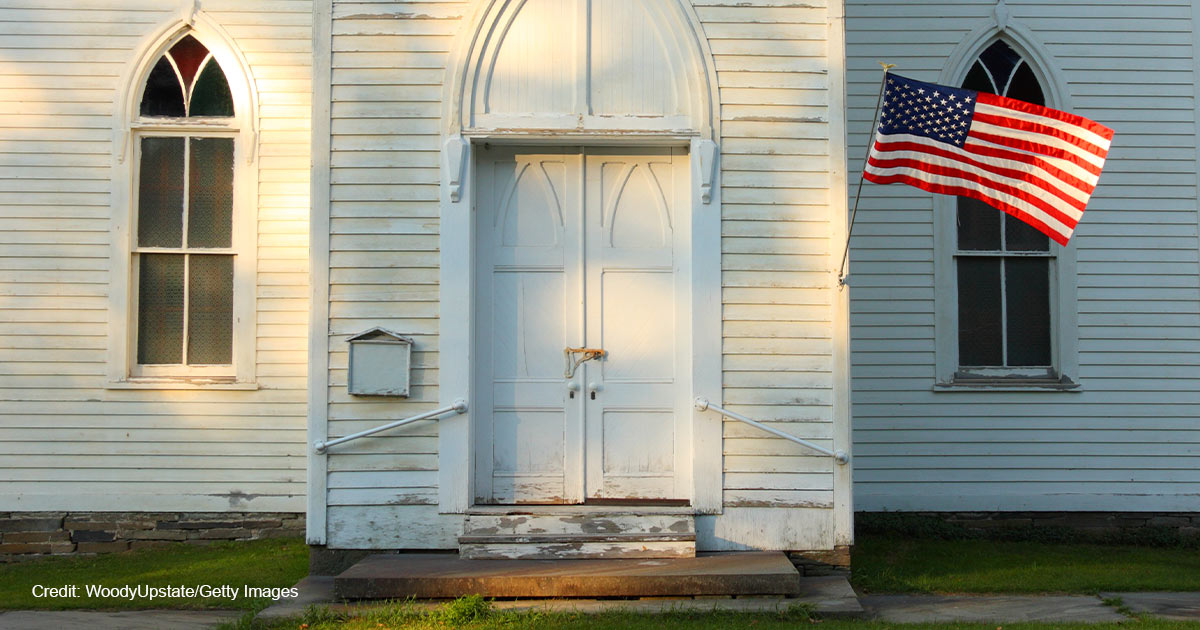 Christian Nationalism Is ‘Not What We Want at All’: Academic

As polls show the 2022 midterms trending back toward Republican candidates, the legacy media have fixated on a purported rise in “Christian nationalism” — but an expert says state churches in other countries have often diluted the gospel, the last thing Christian conservatives want.

The media believe fewer people hold to so-called “Christian nationalism,” two critics insisted this week. Its “influence on our political life” is “expanding” during the Biden administration, which favors taxpayer-funded abortion and transgender surgeries for minors. The warnings have persisted for years. “I think that Christian nationalism is the biggest threat to America today — I think it is an existential threat,” stated Andrew Seidel of Americans United for the Separation of Church and State in 2019. “Christian nationalism, I would define as the belief that the United States is founded as a Christian nation or that we are founded on Judeo-Christian principles.”

“I view it as a sinister movement,” Seidel said.

The media have also muddied the waters by injecting race into the equation. “On the ballot this November are a number of high-profile Republican candidates who are embracing Christian nationalist ideals. That’s a belief that America was founded by and for white Christians,” said Laura Barrón-López, the White House correspondent for the taxpayer-funded PBS NewsHour, without evidence.

“I suppose if you’re not doing very well in the polls with Hispanics and African Americans … who are pushing back against a lot of the woke stuff and gender ideology, you might try to play the race card to divide social conservatives. I’m just not convinced that it’s going to work,” A.J. Nolte, an assistant professor at Regent University, told “Washington Watch with Tony Perkins” recently. A USA Today/Suffolk poll released on Thursday found 40% of Hispanic and 21% of black voters plan to support the Republican candidate in the 2022 midterms.

Nationalism, he said, means its advocates are “seeking state power.” A Christian nationalist, presumably, would seek a preferred political status. Yet in “almost any instance that I can point to where” a nation follows this definition of “Christian nationalism, there’s either an established church or there is direct support for Christianity coming from the government — and that support often means government control.”

Sweden is a typical case. Left-wing and secular politicians spent decades liberalizing the teachings of its erstwhile national church, the Church of Sweden. Arthur Engberg, a Social Democrat and Education Minister of the 1930s, planned to “de-Christianise the church through its connection with the state” and cause the world’s largest Lutheran denomination to proclaim “an atheistic general religiosity.” At the same time, the church offered little resistance to left-wing political domination of the church. The sociologist Rodney Stark, who died in July, noted that “many Swedish clergy became strong supporters of state socialism” and “acquiesced when control of the Church passed into the hands of avowed atheists.”

By the time the Church of Sweden disaffiliated from the state in 2000, the institutional change had become permanent. In May, the church posted a letter alleging that the Body of Christ, “the church could be described as trans.” In 2019, the Church of Sweden produced a guide for teens and children that described Jesus as “queer.” The same year, church officials removed a piece of artwork from a church altar depicting two Adams and two Eves paired into same-sex couples in the Garden of Eden — because they feared it would be interpreted as a condemnation of the LGBT worldview. “The fact that there are two homosexual couples in the artwork is completely uncontroversial,” asserted the diocese. “But the fact that there is a snake, which traditionally symbolizes evil, and that it turns into a transperson could lead to the interpretation that a transperson is evil or the devil. The Swedish Church can absolutely not stand for that.”

That hardly reflects the policies advocated by the group pollster George Barna has identified as SAGE Cons — “Spiritually Active Governance Engaged Conservatives” — who join the majority of Americans in opposing marketing transgender ideology to minors. “What ends up happening in Christian nationalism is that the nation ends up essentially controlling what is and what is not Christianity,” said Nolte. “That is not what we want at all.”