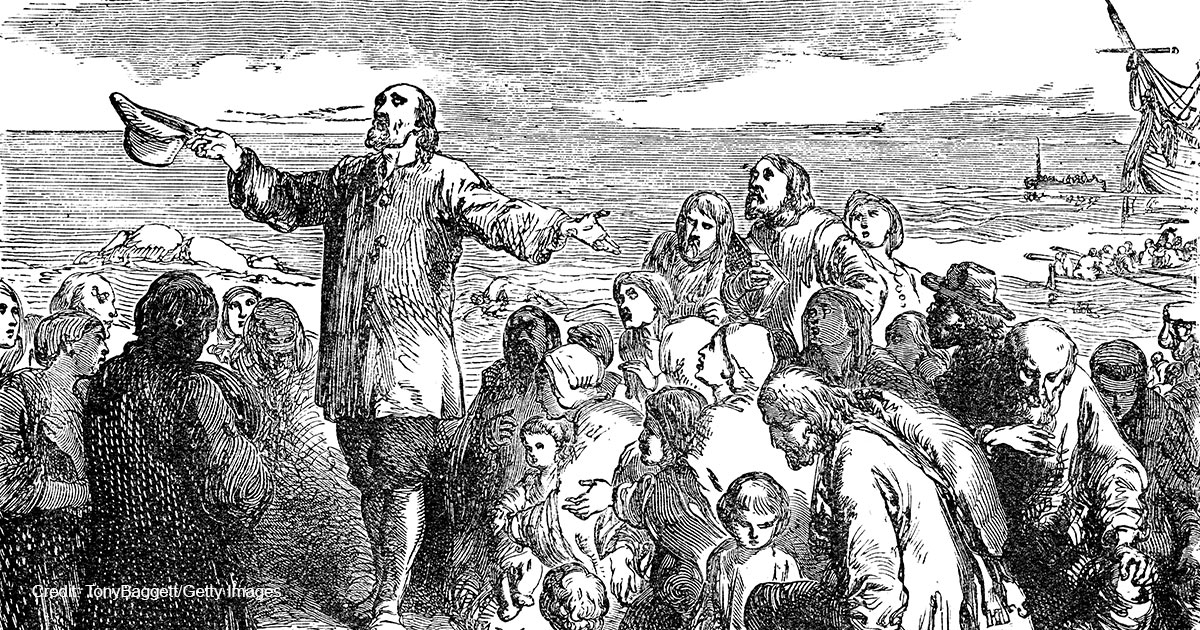 Christians Started Public Schools. We Should Not Abandon Them.

If you can read this, thank a Pilgrim. Today, we take many things for granted, like our ability to read. Had the Pilgrims not risked their lives to come here, we might not possess that ability. We might also be subjects of a monarchy. What does this have to do with public schools? Let’s investigate.

The Pilgrims risked their lives to build a society dedicated to serving God. William Bradford, governor of Plymouth Plantation, wrote: “As is well known, ever since the breaking out of the light of the gospel in England. … Satan had maintained various wars against the Saints — sometimes by bloody death and cruel torment, at other times by imprisonment, banishment, and other wrongs …”

He explained how Satan plagued the church through introducing heresies and ceremonies antithetical to the Bible. Believers were faced with the choice of obeying God in good conscience or submitting to the authorities — church and civil. Not obeying the authorities was considered treason. Bad things happened to those convicted of treason, as we’ll see. Faced with those constraints, they left England to live in Holland. They were mockingly referred to as Puritans.

After living in community for 12 years, Bradford observed that their love and care for one another was equal to that of the early churches. Then, they began to “apprehend present dangers.” The changing relationship between the parents and children caused problems. The kids were “oppressed by their labors.” The parents also were not happy about the influence the licentious Dutch were having on their children’s souls. Eventually, they realized that God wanted them to venture out in faith and spread the gospel to the remote parts of the world, to become stepping stones for others to follow.

After making the decision to leave, it took three years to secure an uncertain patent to what was then known as Northern Virginia. The Mayflower left England on September 6, 1620 and arrived 66 days later in Cape Cod. Within a year, half died, mostly from starvation and disease.

Identity was important to them. Most on board the ships saw themselves as God’s missionaries. That’s why they called themselves Pilgrims. In contrast, the Spaniards had already explored North America and referred to themselves as Conquistadors. Finding gold and conquest were their reasons for coming. The Pilgrims came to plant a community for God. That is what they wrote and agreed to in their Mayflower Compact. They were entirely on their own to succeed or fail.

Within the first year, they signed a peace treaty with the Wampanoags and insisted on paying just compensation for any land purchased from the sachem Massasoit. This peace lasted over 50 years. Massasoit was happy for two reasons. Four years earlier, a disease had decimated the native populations leaving the land open. Trading with the Pilgrims would be mutually beneficial. The second reason was the treaty would provide a defense for them from a hostile tribe nearby.

Thus began the Pilgrims’ community. After this came the Great Migration when approximately 21,000 people, mostly Puritans, came to Massachusetts from 1630-1640. Historian George Bancroft wrote the “land was to be planted with a noble vine, the right seed.” John Winthrop told those on board his ship, the “Lord will be our God, and delight to dwell among us.” He was right. By 1800, Massachusetts was inhabited by one million people.

During this time, Puritans educated their children in different ways. Initially, parents were expected to teach their children to read and provide them with biblical instruction. A booklet by Puritan minister Robert Cleaver entitled, “A Godly Form of Household Government,” offered helpful instruction which complemented the Bible. An excerpt: “If parents do not govern but let children do as they list, they do not only disobey God and disadvantage themselves but also hurt those whom they should rule. For when any have such liberty to do as they list, it makes them grow out of order, to the provoking of God's displeasure ...” Today, if parents prepared students like this, I suggest discipline in schools would be a minor problem.

In 1647, Connecticut and Massachusetts passed The Old Deluder Satan Act. The law required each town of 50 families to hire a teacher to instruct all children. When the town expanded to 100 families, the town had to build a school. The purpose of the Act: “It being one chief project of that old deluder, Satan, to keep men from the knowledge of the Scriptures. …Teachers would also prepare the students for university.” From the Bible, children learned right from wrong, wisdom from foolishness. Rather than critical race theory or gender identity, they were taught what a relationship with God meant. The Puritans were not going to repeat the mistakes they saw in England when people did not know the Bible.

Back then, children were trained through apprenticeships. Ben Franklin’s father arranged a printing apprenticeship for him. At 12, Ben signed a contract be an indentured servant to his brother James until he turned 21. Famous New Englander Paul Revere was apprenticed as a silversmith. The Puritans wanted productive citizens. They provided training and followed up through church officials and civil magistrates.

Finally, some students went to college. Fifteen years after the Pilgrims arrived, the legislature appropriated funds to start one. Its purpose was to advance learning and ensure a literate ministry to the churches. The first president, Henry Dunster, was a minister, and three other ministers made up its seven-member board. One founder, Reverend Hugh Peter, returned to England. His unwillingness to surrender his beliefs lead to his being found guilty of high treason. He was hanged, drawn, and quartered.

Their legacy has enabled this college to be annually ranked among the most elite in America. It was named after Reverend John Harvard who bequeathed half of his estate and 400 volumes to it in 1638. His monetary contribution was almost double that of the state legislature.

In America, Christians began public schools. Christians should not abandon them.

Jay Sabatino was a high school teacher, principal, and superintendent in Illinois public schools for more than 30 years. Upon his retirement, the Illinois legislature recognized him for his contribution to education. Currently, he is working as an adjunct professor for Trinity International University.