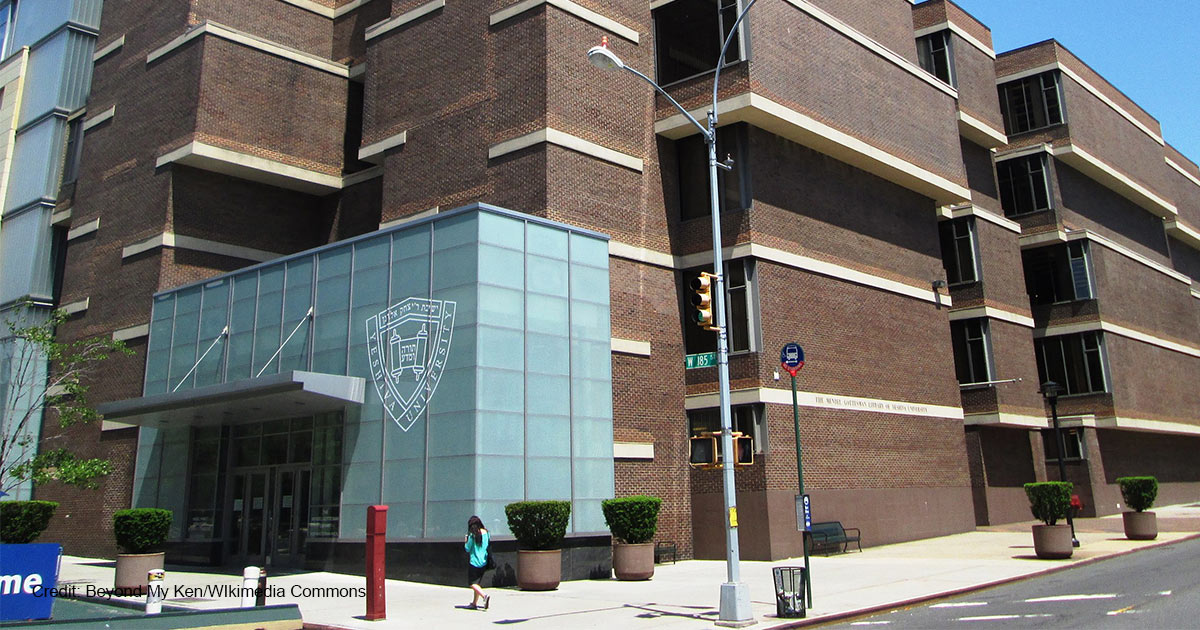 Faced with Mandate to Compromise Beliefs, Yeshiva University Will Not Back Down

Yeshiva University, a private Orthodox Jewish university in New York City, is refusing to back down following their temporary setback at the Supreme Court last week. In a 5-4 decision on Friday, the Supreme Court reinstated a New York trial court decision that required Yeshiva University to approve an LGBT club on campus despite school officials saying it violated their religious beliefs. The decision was procedural, and the court directed the university to go back to attempt to obtain relief in state courts and return to the Supreme Court after exhausting their options. But for now, the decision stands.

Rather than be forced to endorse a club that contradicts their beliefs, Yeshiva University is halting all student clubs. In an email sent to students Monday, school officials stated they would “hold off on all undergraduate club activities while it immediately takes steps to follow the roadmap provided by the U.S. Supreme Court to protect YU’s religious freedom.” It’s a creative way for the school to hold true to its own religious beliefs when state courts sought to coerce the school to change.

A statement by Yeshiva University President Rabbi Ari Berman said, “Every faith-based university in the country has the right to work with its students, including its L.G.B.T.Q. students, to establish the clubs, places and spaces that fit within its faith tradition. Yeshiva University simply seeks that same right of self-determination.”

The case started last year when a group of current and former students sued Yeshiva University for not approving a “Pride Alliance” club. Yet, this defies the very purpose of Yeshiva University as a distinctly Jewish school. Its goal is to educate young people in their faith and create an environment that fosters religious values rooted in the Torah. It should be free to do that without government interference.

The fact that the university suspended all clubs for an unknown amount of time points to their desperation. But the alternative is unthinkable. The immediate effect of the trial court’s decision would have compelled Yeshiva University to accept a gay pride club on campus despite the club going against their religious beliefs. Allowing an official “Pride Alliance” club means school funds would be directed to it, and it would act as an implicit endorsement of the LGBT lifestyle. This is an alarming use of government coercion to force a religious institution to accept and endorse an ideology they don’t believe in.

The four dissenting justices explicitly stated that Yeshiva would likely win its case if it came before the Supreme Court after going through all proper channels. Even so, the fact that five justices — a majority — were happy to let Yeshiva University’s religious freedom be violated, even temporarily, is troubling. Justice Samuel Alito recognized this in the dissent, writing that “The loss of First Amendment rights for even a short period constitutes irreparable harm …”

For now, Yeshiva University has paused all student clubs so it was not compelled to violate their conscience. It never should have come to that.

As mainstream culture increasingly rejects Judeo-Christian values, these types of challenges to religious freedom will only increase. How the courts respond is important. If religious institutions in America are forced by the courts to alter their character and abandon elements of their faith, then what religious freedom protections do they have? Let us hope that Yeshiva University quickly gets relief from the courts so that it might turn its attention to fulfilling its mission — educating students in their fields of study and in Torah values.