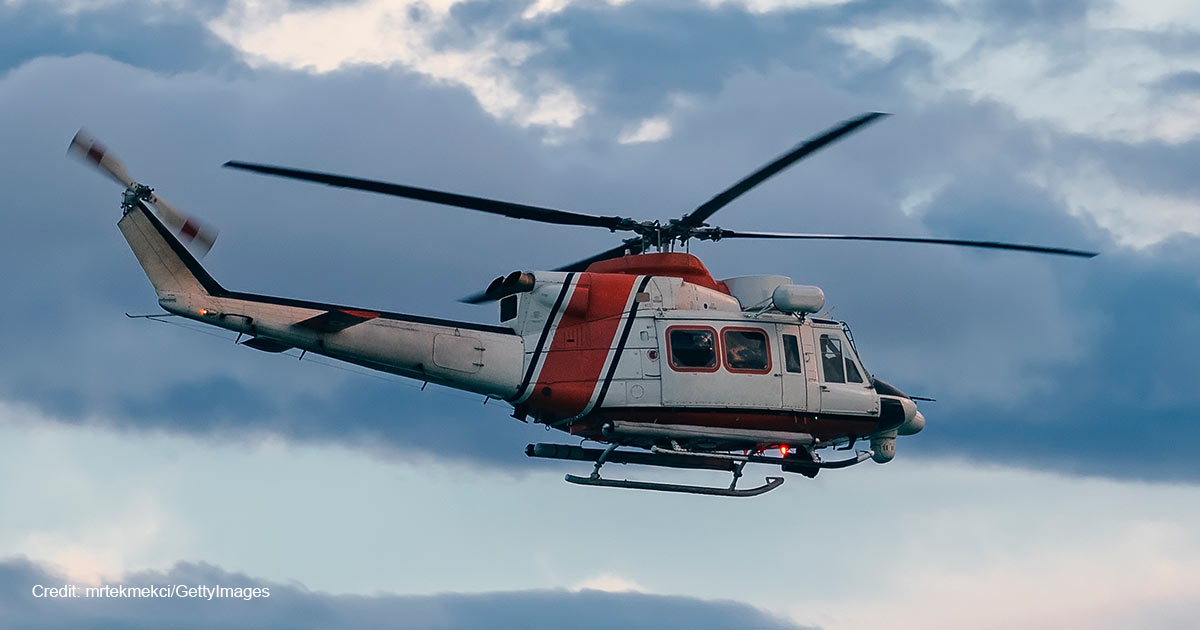 As the death toll from Hurricane Ian soars past 100, heroes like U.S. Coast Guard Aviation Survival Technician Second Class Zach Loesch are one reason it isn’t higher. Loesch kicked through a wall to rescue a 94-year-old disabled woman and her husband, hoisting them — and her wheelchair — into a helicopter amid high winds. You know, the sort of feats they choreograph in a Marvel movie.

Loesch’s heroism was so outstanding he even received a call from President Joe Biden himself to “personally thank” him for his “heroic work.” “Do you see a man skillful in his work? He will stand before kings; he will not stand before obscure men” (Proverbs 22:29). Biden repeated his praise for Loesch in a Friday speech, where he said, “I told him how proud of him I was and thanked him for all the work he and his Coasties are doing to save lives.”

But there was one little detail about which Loesch wisely kept silent during the commander-in-chief’s congratulatory call. He’s about to be kicked out of the Coast Guard, on President Biden’s orders, for refusing the COVID vaccine. Loesch requested a religious exemption, but it was denied. He appealed the denial, but that too was denied. Now, Loesch expects to be terminated within 30-60 days. Loesch wanted to savor the moment, but pouring on such a bitter sauce would ruin it, he explained.

“It just sucks that he thanked me, yet the vaccine mandate is what’s kicking me out. I just love my job. And I’m really good at it. It sucks. I feel like this is the job that I was born to do,” said Loesch. Good job, now good-bye.

While class action suits have prevented other military branches from terminating servicemembers who requested religious exemptions to the COVID vaccine, the class action lawsuit against the Coast Guard is pending. In the suit, The Thomas More Society argues that the Coast Guard has approved “at most approximately 1% of all religious accommodation requests,” and only for servicemembers who were already scheduled to retire or leave the service. According to the Pentagon’s inspector general, many of the COVID religious exemption requests were denied after being considered for only minutes.

In the meantime, the Coast Guard continues to actively discharge servicemembers who have refused the vaccine. But this is no case of clearing out the bad apples; few servicemembers terminated over the COVID vaccine had been subject to prior disciplinary action, and many served with distinction. In addition to Loesch’s exploits, the Coast Guard Academy honored one of the lead plaintiffs to the lawsuit, Alaric Stone, as a distinguished honor graduate in 2020, an “Exemplary Officer [who] embodies critical leadership skills.”

The next time Florida faces a catastrophic hurricane, Loesch won’t kick out a wall to rescue a wheelchair-bound nonagenarian, because President Biden will have kicked him out of the service. Countless other heroes who would have saved lives will be ejected to serve the same, senseless sentiment. President Biden will own those deaths.

It’s not like there are plenty of heroes who can take Loesch’s place, either. All military branches are desperately struggling to meet their recruitment goals. The U.S. Army fell short in fiscal year (FY) 2022 by 15,000 (25%), and other branches only met their goals by hiring delayed entry applicants. The U.S. Coast Guard in particular has failed to meet its recruiting goal since FY2018, falling short by an average 20% per year since then.

Military brass have blamed their recruitment woes on aggressive private competition in the job market, but there may be a more fundamental explanation. Ideological directives and training may be alienating many current and potential servicemembers. By nature of its mission, the military has always featured a top-down command structure. But only recently has it waded into the culture wars with training in critical race theory, pronoun indoctrination, and a controversial vaccine mandate. Public-spirited persons with deep-seated conviction, integrity, and honor — once the mainstay of the U.S. military — may be wary of pledging their future career to an institution that is likely to assault their values.

Technician Loesch is Exhibit A for ideological commanders punishing heroic servicemembers. Loesch’s refusal of the COVID vaccine did not affect his job performance. “If I had asked any of the people I saved yesterday if they wanted to come with me even though I am unvaccinated, every single one of them would have said ‘yes,’” he argued. Nevertheless, his superiors (including, finally, the president of the United States) are determined to sacrifice all his heroism to an ideological agenda. His religious convictions against the vaccine are a proxy for allegiance to a higher moral authority, and that’s something they cannot tolerate.