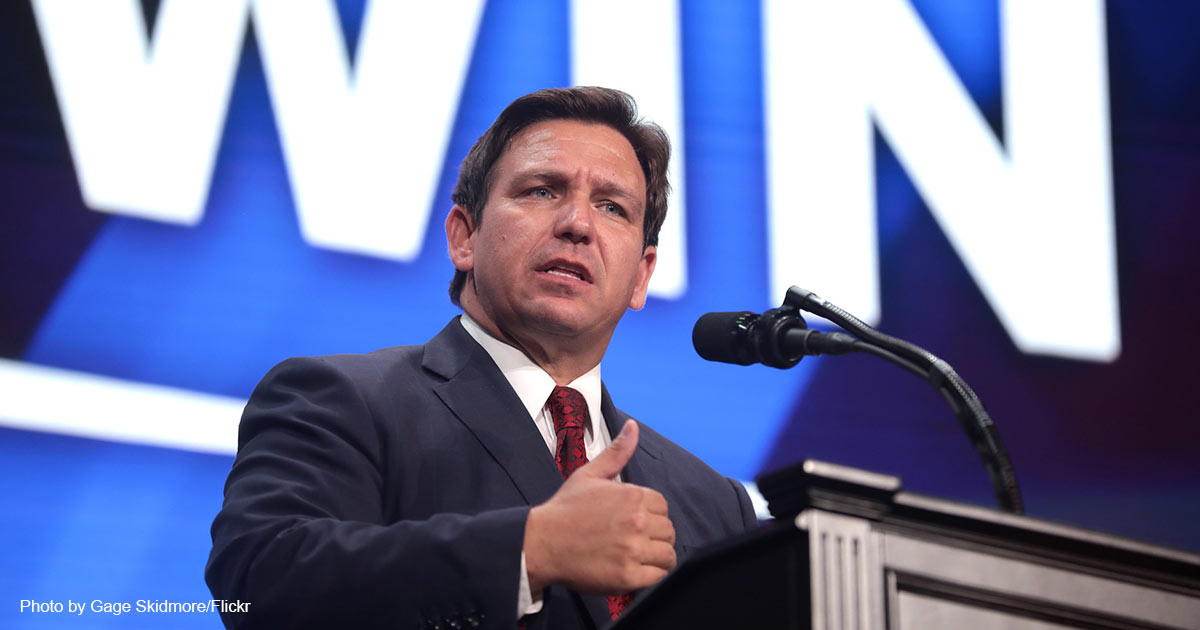 The Florida governor’s office may require state-funded colleges and universities to itemize their “expenditures and resources utilized for campus activities related to diversity, equity, and inclusion [DEI] and critical race theory [CRT],” a federal judge ruled Thursday. Appointed by former President Obama, Mark E. Walker serves as Chief U.S. District Judge for the Northern District of Florida, and in August and November he issued preliminary injunctions blocking Florida from enforcing portions of the Stop WOKE Act, arguing that its provisions forbidding the expression of racist and discriminatory viewpoints violated the First Amendment’s guaranteed freedom of speech.

After Walker issued these injunctions, Florida Governor Ron DeSantis (R) prescribed a new treatment for the woke gangrene running rampant through Florida universities — some classic Florida sunshine. Just after Christmas, he ordered the universities to provide his office by January 13 with “a comprehensive list of all staff, programs, and campus activities” devoted to DEI and CRT themes. The same group of professors and students which sued to block the Stop WOKE Act sought to block this new effort as well by submitting to Judge Walker a Motion to Compel the state’s compliance with the preliminary injunction.

On Thursday, Walker denied the motion “without hearing,” explaining simply, “Although this Court would not hesitate to compel compliance with its preliminary injunction, this Court finds there has been no violation of the injunction at this time.”

Walker evidently determined the Motion to Compel’s argument to be meritless. It had claimed, “By its express terms, the Executive Memorandum’s effort to collect information on instructors’ programs is undertaken pursuant to the Stop W.O.K.E. Act,” and “Even if the withholding of funds were not ultimately to occur, the State’s action nonetheless constitutes a First Amendment injury.”

The state in its response brief had argued that “merely gathering and transmitting information is not ‘enforcement’” of the Stop WOKE Act, which is what the judge’s injunction forbade. As to the grounds of the injunction, a potential First Amendment violation, they noted that the universities had not advanced “any claim that the December 28 Memorandum itself violates the First Amendment.” In fact, they continued, “The Florida Constitution expressly authorizes the Governor to request information of this kind, FLA. CONST. art. IV, § 1, and much of the information at issue has already been made freely available by the Universities.”

The state also demonstrated that the motion’s logic did not hold up in any other context:

Were Defendants to actually violate the Court’s Preliminary Injunction — by, for example, commencing an investigation of a university for failing to correct teaching contrary to the Act — Plaintiffs presumably would not be satisfied if the Court “enforced” its injunction by merely directing the Board to report how much money it was spending on the investigation.

Walker was evidently persuaded by the government’s arguments, as he summarily dismissed the motion without so much as a hearing. Despite suggestions to the contrary, he recognized that there is a big difference between forbidding public employees from expressing certain viewpoints and requiring a public institution to report how it is spending taxpayers’ money.

But the very fact that university personnel — including a law professor — attempted to conflate the two is noteworthy. In their minds, their fight with DeSantis is not over the cherished American value of free speech but over the survival of woke programs in Florida universities. To them, the First Amendment justification for the judge’s injunction was purely incidental. Thus, when DeSantis tried another means to eradicate DEI and CRT programming from Florida higher education, they naturally suspected this violated the original injunction and filed a motion to compel the state to comply with the original order.

In the eyes of the court, of course, requiring universities to report on DEI and CRT spending is not the same as eradicating these programs or forbidding professors from expressing these viewpoints. In fact, it would be difficult even to draw a direct or indirect connection between the two. But DeSantis and woke university professors both understand how the game is played. They both understand that university wokeism under conservative governance is uniquely vulnerable to exposure. Like a sniper nest, it only remains dangerous — or effective, depending on one’s perspective — if it remains unobserved.

As soon as the full extent — and absurdity — of DEI and CRT programming is exposed to the full sunlight of public scrutiny, it will melt like Southern snow. Reporters will ask uncomfortable questions. Commentators will laugh it to scorn. Ordinary parents and donors will object to the dollars supporting an institution that condones such things. Corporate sponsors will get embarrassed and rethink their commitments. The conservatives whose free speech is repressed will appear as sympathetic heroes. The situation will become an all-around publicity nightmare for advancing notions of systemic racism, intersectionality, race-based victimhood and guilt, and anti-Americanism. Discriminatory termites — so called because these ideas destroy foundations — thrive in darkness.