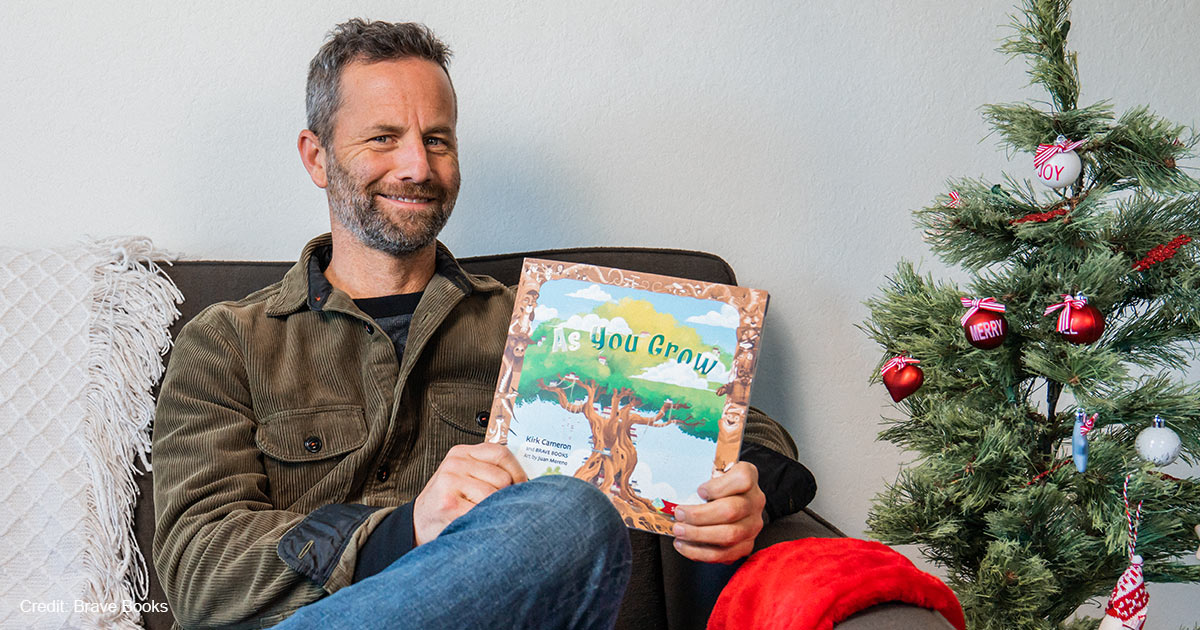 As far as dramas go, America’s library wars have all the makings of a good Hollywood script. But unfortunately for actor Kirk Cameron, there’s nothing fictional about it. The “Growing Pains” star is the latest parent to do battle with the country’s woke book lenders after 50 locations opened their doors to drag queens — only to slam them in the face of Christians. If the libraries he contacted about a book reading won’t reconsider, Cameron has a message for them: welcome me to your library or see you in court.

Since last week, the star has been gobbling up headlines for the shocking hypocrisy he’s exposing at dozens of U.S. libraries. After the release of Cameron’s new children’s book, “As You Grow,” he decided it was time to counter some of the radical messages at U.S. libraries by hosting his own story hour about faith. Turns out, sexual perversion is welcome in most branches, but Christian messages are not.

From Scarsdale to San Diego, Cameron said, “Over 50 libraries rejected the book without even reading it.” On “Washington Watch” with Family Research Council President Tony Perkins, he explained that the staff they’ve spoken to haven’t even tried to hide their hostility. “One in Rochambeau public library in Rhode Island said, ‘We are a queer-friendly library and our messaging just doesn’t align.’ And I’m thinking, ‘Well, with what? The fruit of the spirit?’ But the problem is [that] the fruit of public libraries, as one journalist pointed out, is fake diversity, non-inclusion, drag queens, and a rejection of the sexes.”

Brave Books, the publisher of Cameron’s latest release, asked the same individual about the application process for a story-hour slot anyway. “You can fill out the form to reserve space,” they were told, “… but we won’t run program.”

In Alamedia County, California, the library said that they didn’t want a book teaching moral values when they were about to host a gender name-change clinic the next day. In other words, Cameron pointed out, “Publicly-funded libraries are green-lighting ‘gender marker and name change clinics’ while denying a story time that would involve the reading of a book that teaches biblical wisdom. How much more clear can it get?”

The cold shoulder even extended to red states like Indiana, where a branch in the Hoosier capital insisted that they had a “strategic plan in place” that focuses on “authors who are diverse.” Based on the last two years of drag queen influence, a Christian message would be diverse. Still, the spokesman refused.

Trent Talbot, the CEO of Brave Books, could only shake his head at the resistance they’ve faced. “It is devastating to discover that many of our publicly-funded libraries have now become indoctrination centers that refuse to allow biblical wisdom to be taught to our children.”

Clearly the Left’s targeting of young children is intentional, Family Research Council senior fellow George Barna would agree. A book about the virtues of love, joy, peace, patience, kindness, goodness, gentleness, faithfulness, and self-control would be serious competition for the culture’s drumbeat of sexual confusion. “We know a person’s worldview develops when they’re a child — right between the ages of 15 to 18 months and 13 years of age. [So] those children are very vulnerable.”

Of course, some libraries, Kirk explained, aren’t nearly so closed-minded to his faith-based influence. Several, he told Perkins, have flooded the publisher with invitations to visit their branches. “But the ones I’m interested in are those that are … committed to this idea that they are inclusive, and that they are all about diversity. So my question is, why are you excluding me and millions of people who would love for their children to learn how to be gentle and self-controlled and compassionate? After all, public school children are dealing with massive amounts of mental illness, drug overdoses, suicide, cyberbullying, and school shootings. Couldn’t they use a little help in the fruit of the Spirit?”

If this pattern of discrimination continues, Cameron warned, there will be consequences. “I hope these libraries welcome me to Indiana and New York, but should they refuse to rent me a room — like those used by drag queens in June — I am prepared to assert my rights under the Constitution in court.”

If that’s what it takes to stop the Left, so be it. “…[T]he family and the church are two great pillars of Western civilization, and those things need to be removed and taken out of the way in order to fundamentally change the power structure and the moral value code of the nation. And that’s why parents are fighting back,” Cameron told Tucker Carlson.

At the end of the day, he emphasized, “… good will always win over evil.” But that doesn’t mean Christians can sit on their hands. “We need to have heroes rise up out of the cultural darkness and pressures of our time and begin to apply these same truths in modern America and around the world so that we can see a great awakening again. We need all hands on deck.”