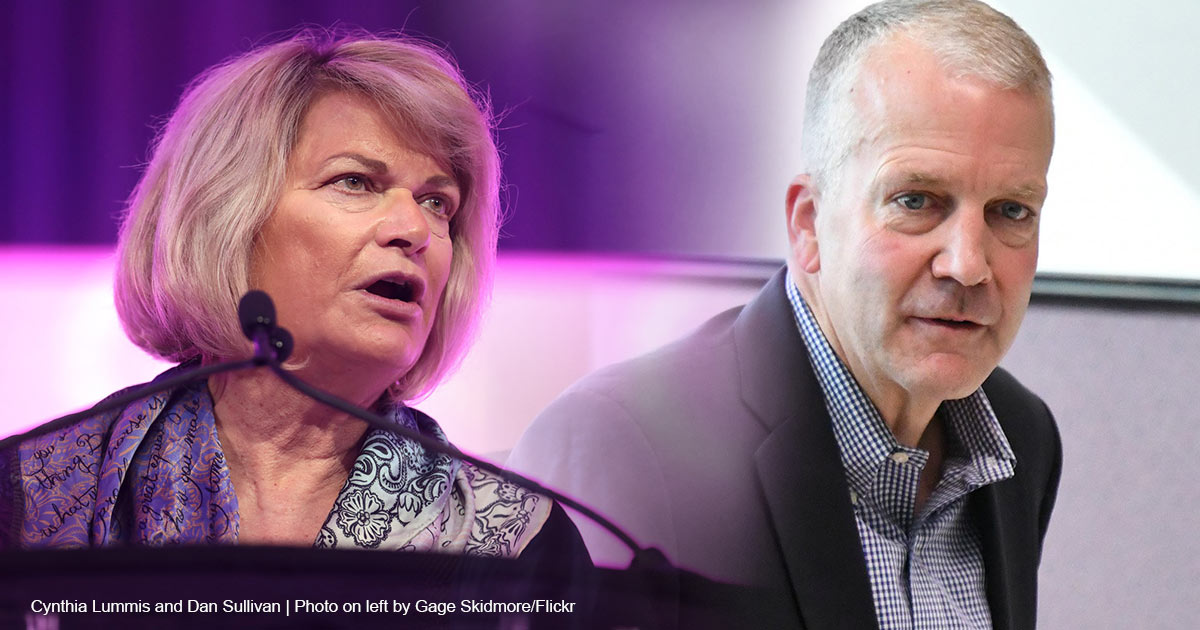 Mohler Warns on Dems’ Marriage Bill: ‘They’re Coming for Us’

When the Senate floor came to a screeching halt Monday evening, there was hope that the Republicans’ 12 marriage defectors were on the verge of making things right. For two and a half hours, the chamber was at a virtual standstill — crawling toward the 60 votes needed to move the so-called Respect for Marriage Act forward. A little before 8:00 p.m., the spell was broken, along with any confidence that the GOP’s dozen Democrat enablers would have a change of heart.

Over the long weekend, Senators Cynthia Lummis (R-Wyo.) and Dan Sullivan (R-Alaska) had hinted at breaking with the 12, throwing their support behind Senator Mike Lee’s (R-Utah) airtight religious freedom amendment. Those soundbites ultimately turned out to be meaningless, since they refused to make Lee’s changes a condition of their support for the overall bill. “Any Republican who supports my amendment should oppose cloture unless the amendment is adopted,” Lee emphasized to The Daily Signal.

But by Monday’s end, the dozen deserters stuck to their misguided path, providing all the votes Democrats needed to push their radical legislation closer to the finish line.

Like so many Christians, Dr. Albert Mohler couldn’t believe the cowardice. “You know, I want to say to those 12 Republicans, understand what you’re doing. …You’re making the case weaker against religious liberty. You’re making the case against Christians stronger in terms of the political power of those who can say, ‘Look, this is now a bipartisan agreement. Those [of you] who are not ready to celebrate same-sex marriage, you’re woefully out of step. You deserve to be censured. You should be canceled,’” he predicted on “Washington Watch.” “And even [these Republicans] say, ‘That’s not what this bill is about.’ If you have to say, ‘That’s not what this bill is about,’ guess what? That’s what this bill is about.”

Mohler pointed to the recent controversy over Supreme Court Justice Amy Coney Barrett, who’s under pressure to recuse herself from an LGBT case because of her Catholic faith. In other words, Family Research Council President Tony Perkins said, “If you have a biblical worldview … [on] life, human sexuality, marriage, you are automatically disqualified” — from government service, from the marketplace, from public life.

“You can see exactly what they’re doing,” Mohler warned. “They’re coming for us. They’re saying, ‘You don’t have a place in this society…’” And 12 Republicans are helping to make this war on believers possible. This is not about wedding ceremonies in a church, Mohler urged. “That’s never been on the table. What they’re going to do is make it very difficult for … a Christian in business or for a Christian institution — like a Christian school, Christian college, or Christian seminary — to hold biblical convictions without the public authorities coming after us.”

Christian schools could lose their accreditation, their tax-exempt status. They’ll be the target of endless lawsuits. And yet these weak-kneed Republicans think “all this is somehow going to work out,” Mohler shook his head. “And this is one of the problems we face right now. A lot of Christians don’t understand the peril of our current political situation, don’t understand that there are those who would use the mechanisms of the federal government basically to run roughshod over Christian conviction. … [T]hey are going to shut down Christian ministries, Christian schools, Christians in the workplace. And this is just something that Christians better wake up to because this is not something out there now in the future. This is something … being voted on right now in the United States Senate.”

Frankly, Perkins warned, “If this bill is not amended to protect religious freedom, there should not be any Republican support for it. It’s just that simple. There shouldn’t be support for it anyway, but without Mike Lee’s amendment, these 12 senators are literally putting a target on their base and driving them out of political engagement.”

At the end of the day, Mohler said, “Jesus told us to be salt and light. … [There are] those who suggest that we’re supposed to just be sweet and allow the entire civilization to crumble around us. …[But] just think of the biblical admonition. The scariest one of all to me is that we’ll give an answer to God for every idle word. Now, if we’re going to give an answer to God for every idle word, then how much more will we have to give an answer for every active vote … and failure to vote where Christian conviction can make all the difference?”

The true folly of these 59 senators and congressmen is that they’re trying to ingratiate themselves with a culture that will never accept them. And in the process, they’re throwing their own people in front of the train. “The other side knows exactly what it’s doing,” Mohler said soberly. “And this is a week in which so many of [the Left’s] hopes and dreams are coming to fulfillment — sadly, with the complicity of a good number of Republicans who dare to call themselves conservative … and Christian.”