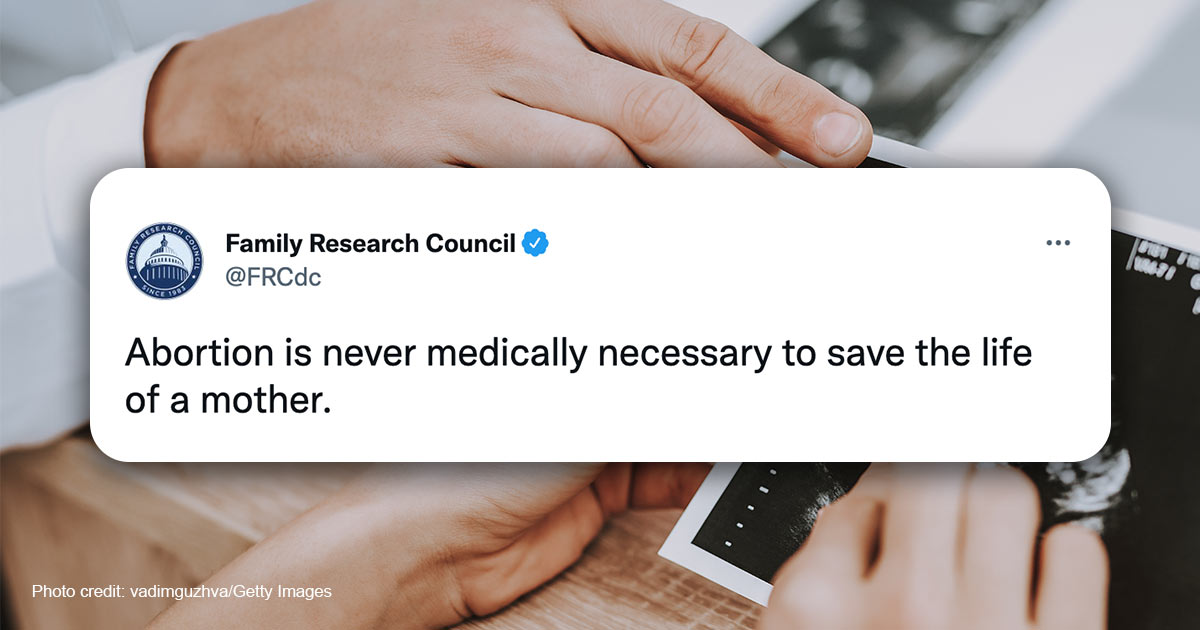 No Dissent: Missed Information on Abortion

The time isn’t coming — it’s already here. Not long ago, buttressed by the foundation of free speech, it was possible to hear differing opinions debated in the public square, in the legislature, and yes — even in the home. Caveat emptor was the rule of the day when evaluating speech. You could say it, I could disagree with it, and may the best argument win.

How quickly such freedom deteriorates in our current age of “misinformation.” In public policy we’ve gone from the Lincoln-Douglas debates to, “We have to pass the bill so that we can find out what is in it.” Making an argument is seldom permitted, and when you do, it’s only when approved by the Fact Checkers®. This point may be debatable, but debate itself is now a lost concept.

We live in a culture where everything approved is decided by elite overlords, and deviation from the technocratic party line is not permitted. Argument, whether sound or not, is met with hushing, lest it reach the sensitive ears of the little ones. This has happened time and again, but especially with issues concerning COVID, transgenderism, and — amplified more recently with the Supreme Court’s Dobbs decision — abortion.

The Washington Stand recently published an article discussing how states are ready to stop pretending that abortion can save lives. The article makes the case — the same case that legislators in South Carolina made in a draft bill — that protecting abortion in order to “save the life of the mother” is an outdated term, and that doctors never need to intentionally kill a baby (abortion) in order to successfully treat the mother. Sadly, there are times when a baby that is prematurely delivered does not survive. This is not an abortion, and therefore not threatened by laws protecting the unborn.

That was the story. Family Research Council (TWS’s parent organization) then tweeted this line from the article:

Abortion is never medically necessary to save the life of a mother.

That tweet struck a nerve — a very vocal and angry nerve. Many users (we’ve lost count at this point) replied to the tweet saying that they were reporting it to Twitter for “misinformation” of some flavor. So much so that Twitter put its “context” feature around the tweet with a link to certain media fact-checkers (all arguing that abortion is medically necessary, of course).

Reading through many of the responses, it’s easy to say with certainty that few actually read the article and its argument. It’s fine not to read the article. I wish more people did read TWS (if they did, they’d understand that yes, we do know what an ectopic pregnancy is), but I am under no illusion that not everyone does — especially those whose worldviews aren’t even in the same world as ours. I’m also under no illusion that people will disagree with the argument.

But what’s most disconcerting about this episode — and the countless others like it that happen on a daily basis (all in an internet day’s work) — is the reactive response to shut down the viewpoint that doesn’t match the script.

I don’t believe this knee-jerk reaction to label the dissenting voice as misinformation is at all intellectual laziness — although I absolutely believe Twitter rewards intellectual laziness. On the contrary, I think most on the pro-abortion side of things know exactly the weightiness of arguments like the one FRC tweeted. And rather than deal with defending their arguments, they instead label dissent as “dangerous” and “hateful” to name a few. Dissent becomes de facto misinformation, and is quickly dispatched to the memory hole.

At the time of this writing, Twitter hasn’t removed the tweet (though they have “contextualized” it with their own viewpoint), and I hope Twitter and other technology providers see the benefit of dissent to a free society.

The apostle Paul wrote, “Take no part in the unfruitful works of darkness, but instead expose them” (Ephesians 5:11). The outcome of the age of misinformation will result in much less exposure of the works of darkness, and much more missed information. No matter how many “report” us or otherwise, The Washington Stand won’t stop exposing the darkness, even if it’s the dissenting view.