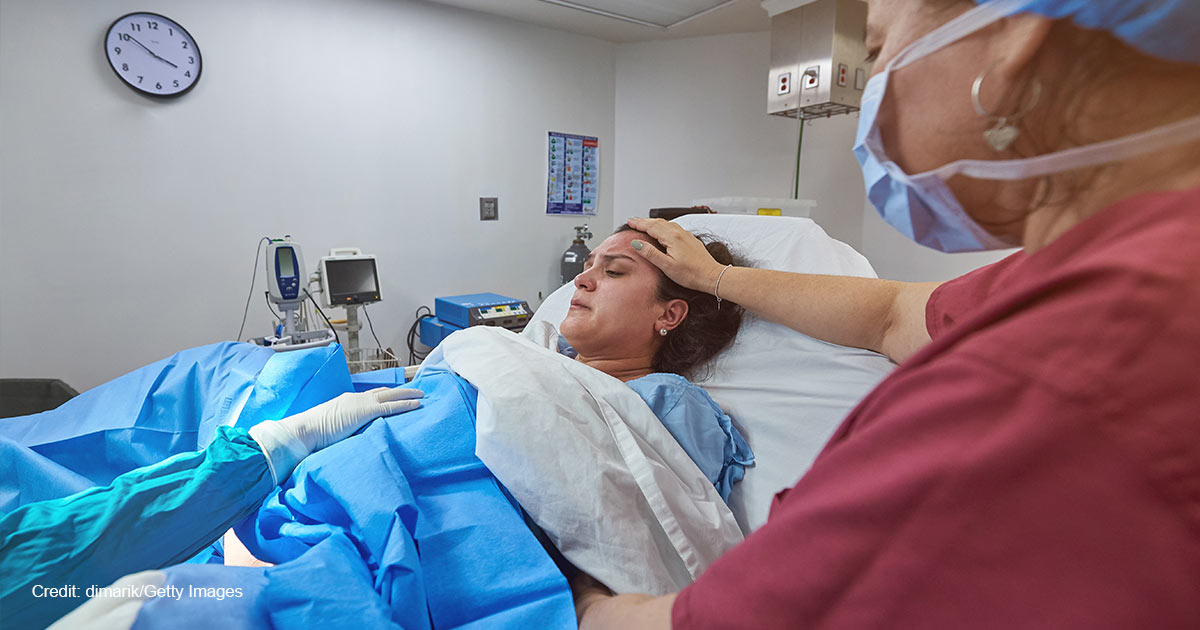 States Are Ready to Stop Pretending That Abortion Can Save Lives

While the bill is not perfect — given that it fails to protect unborn children conceived in rape or incest from abortion — it is succeeding at finally correcting the misleading language of other pro-life protections that feature the “life of the mother” exception.

In 1973, an exception to protecting life when the mother’s life was in danger may have made sense. Now, thankfully, medicine has progressed beyond this point. Pro-life doctors, who are willing to speak the truth that others refuse, are clear: Abortion is never medically necessary to save the life of a mother.

The American Association of Pro-Life Obstetricians and Gynecologists (AAPLOG) helpfully explains, “There are times when separating the mother and her unborn child is necessary to save the life of the mother, even if the unborn child is too premature to live. … In contrast, the purpose of an induced abortion is to produce a dead baby.”

Though it is true that in some tragic cases, the baby will not be able to survive after being delivered too prematurely, as abortionists admit, there is never a need for a medical professional to intentionally kill the unborn baby in the process of saving the mother’s life. Inducing a child to be born prematurely and providing him or her with the utmost care to help them survive is not equivalent to intentionally killing a child by painfully dismembering him or her in an abortion.

As modern science has improved the medical care available, babies are becoming more and more likely to survive a premature delivery. At the time of the Roe decision in 1973, the point of a baby’s viability outside the womb was around 28 weeks; today, the boy who holds the world record for most premature baby to survive was born at 21 weeks and one day. When pro-life laws use the old “life of the mother” exception, they can end up legalizing the killing of babies who would have survived if they had the opportunity to exit the womb alive.

Despite this reality, however, due to a lack of clarity among legislators, the unfortunate “life of the mother” exception that does allow intentional abortions to occur in medical emergencies is currently in place in every state that has a pro-life protection for the unborn. So how does South Carolina’s new bill legislatively address the imperative to protect the lives of both mothers and babies?

The text of the bill as it entered the South Carolina senate says that a doctor must, “make reasonable medical efforts … to preserve the life of the pregnant woman’s unborn child, to the extent it does not substantially risk the death or physical impairment of a major bodily function of the pregnant woman….” The bill also enumerates 11 specific medical emergencies in which a doctor may need to provide medical care to the mother even if the unborn child may inadvertently die in the process, as well as a line explaining that the list is not exhaustive.

South Carolina’s bill is explicit in its intentions to protect both mother and baby. By including this language, among other explanatory provisions, the bill ensures that a doctor does not intentionally end the baby’s life while saving the mother’s.

Despite the efforts and life-affirming intentions of even the best doctor, it is not always possible to save the lives of both a mother and her baby in a medical emergency. However, doctors are under a moral obligation to treat both of their patients — and never to intentionally kill one as “care” for the other. As South Carolina leads the way on affirming the lives of both mothers and babies, other pro-life states should take notice, follow, and do even better by protecting all life.