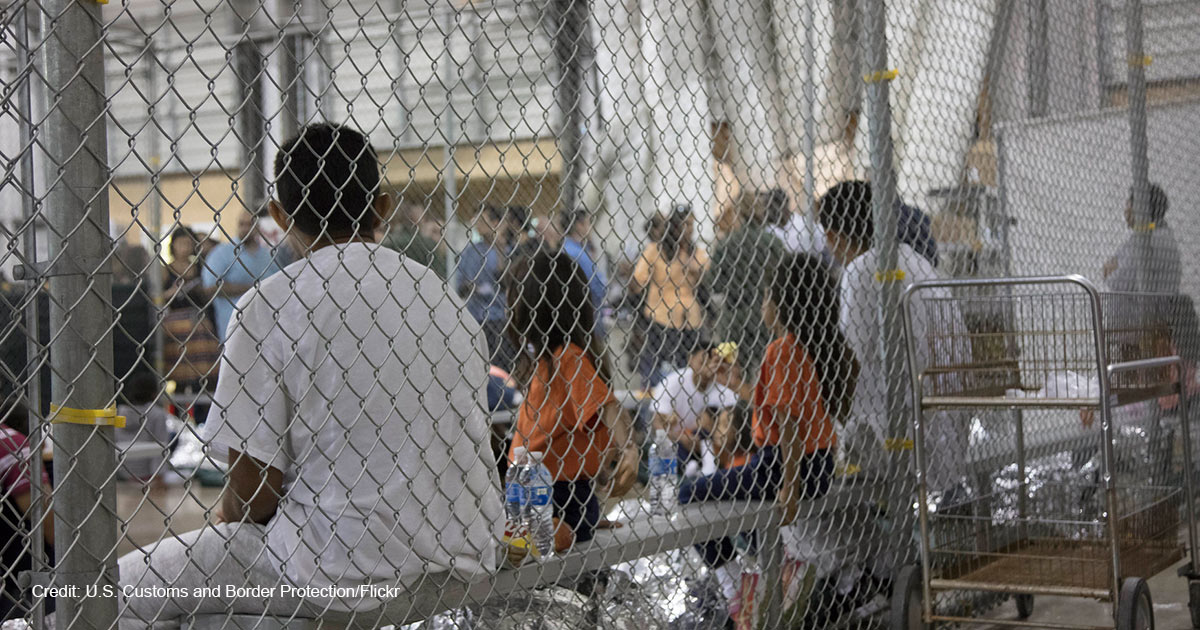 ‘No Point’: Border Patrol Morale Nosedives after DHS Proposes No Replacement to Title 42

It was a catastrophe as predictable as a comet on collision course, although far easier to dodge. The Trump-era Title 42 policy has topped the Biden administration’s hit list for two years and, after a judge ordered its end, will finally expire on December 21. The only problem is, once the program for expediting migrant removal ends, the Department of Homeland Security (DHS) has no idea how to stem the inevitable flood of border crossings.

Last week, DHS released an update on “DHS-led whole-of-government planning to prepare for and manage the lifting of the Title 42 public health order.” The phrase, “prepare for and manage,” sounds like a way to describe declaring bankruptcy or ending a patient’s life support — hardly positive developments. Indeed, the “plan” that followed mimicked this inauspicious introduction.

“Once the Title 42 order is no longer in place, DHS will process individuals encountered at the border without proper travel documents using its longstanding Title 8 authorities,” said DHS Secretary Alejandro Mayorkas. In other words, DHS plans to return to the pre-2019 border policies — often tagged as “catch-and-release” — that caused the “crisis” in the first place. Mayorkas then spent three paragraphs spinning facially obtuse fictions about how U.S. border policies before Title 42 were effective at returning migrants to their homeland. “Let me be clear,” he said brashly, “Title 42 or not, those unable to establish a legal basis to remain in the United States will be removed.”

But then, suddenly, Mayorkas changed tactics and played “Ministry of Truth” on his own disinformation. “Despite our efforts, our outdated immigration system is under strain,” he confessed. The system is obsolete because of “the absence of congressional action,” he explained. Congressional gridlock has prevented any systematic overhaul of the immigration system for decades.

In lieu of congressional ingenuity and courage, Mayorkas would settle for “additional resources.” The White House has asked Congress to increase funding for “southwest border management” from $1.4 billion to $4.9 billion in the latest government funding bill, a 252% increase. But some Republicans, like Rep. Chip Roy (R-Texas), are skeptical. “The Biden border crisis” becomes “the McConnell-Republican border crisis,” he said Sunday, “if we give them more money this week without demanding that they secure the border, and do more bloated spending and giving DHS money with a blank check.”

DHS has packaged its post-Title 42 policy into a six-point plan, but that “plan” has failed to engender confidence among Border Patrol agents. “There is no plan,” lamented National Border Patrol Council President Brandon Judd. “That six-point plan is the exact same plan that they’ve been doing for at least a year now. And it’s been completely and totally ineffective.”

That lack of confidence has taken a toll on border patrol morale. “We all feel just completely defeated, like there’s just no point in doing our jobs,” Judd said. “We still go do our job, but we just feel like there’s just absolutely no point.” Why wouldn’t they feel that way? DHS’s policy is designed not to secure the border, but to keep meticulous records on everyone they release — untracked — into the country. So monumental and useless is this task that DHS might as well require border patrol agents to document every drop of water in Lake Michigan.

With Title 42 set to expire on Wednesday, experts warn that up to 18,000 migrants per day could flood across the border, nearly three times the current average. Already, groups numbering tens of the thousands of migrants are assuming positions near the border, to complete their trek as soon as the threat of deportation expires.

In a bipartisan letter, Senators John Cornyn (R-Texas) and Joe Manchin (D-W.Va.) and Representatives Tony Gonzalez (R-Texas) and Henry Cuellar (D-Texas) urged President Biden to “to do everything within your power to extend the Centers for Disease Control and Prevention (CDC’s) Title 42 order beyond the looming December 21st deadline.” Contra DHS’s implausible claims to the contrary, the lawmakers submitted that Title 42 is “our only effective tool for controlling unlawful migration” because “DHS is almost completely reliant on Title 42 to control migration from Mexico and the Northern Triangle,” that is, Guatemala, El Salvador, and Honduras. “The vast majority of Mexicans, Guatemalans, Hondurans, and Salvadorans encountered by U.S. Border Patrol along the border in October 2022 were expelled under Title 42 rather than processed under Title 8.”

Other officials are also bracing for the impact of Title 42’s expiration in less than 72 hours. Texas Governor Greg Abbott (R) and California Governor Gavin Newsom (D) both said that ending the policy would be disastrous for their states. El Paso Mayor Oscar Lessor (D), whose city was already experiencing a surge of migrants that overwhelmed their infrastructure, declared a state of emergency on Saturday.

Even officials far from the border are taking the policy end-date seriously. Denver Mayor Michael Hancock (D), 635 miles from El Paso, declared a state of emergency over the end of Title 42, while New York City Mayor Eric Adams (D), 1,941 miles from Laredo, predicted the city would have to cut back on public services to maintain the number of migrants arriving even in that remote destination.

This dramatic buildup follows closely on a comment in which President Biden seemingly snubbed the border issue. While visiting a Phoenix chip factory earlier this month, the president was asked whether the planned to visit the border, only minutes away in Air Force Once. “There’s a more important thing going on,” he responded. A major fixture in the opioid epidemic, human and drug trafficking supply chains, the nationwide strain on public assistance, and a vast humanitarian nightmare in its own right, the southern border is many things — but unimportant is not one of them.

As the border spikes in importance, White House spokespersons have resorted to increasingly unreasonable defenses. When Keisha Lance Bottoms, director of the White House Office of Public Engagement was challenged Sunday on CBS (of all places!) about Biden’s non-visit, she responded, “what the president has done is continue to lean in on this immigration issue.” Lean into what, exactly? President Biden has proposed no plan to overhaul the immigration system or solve any of the problems to the border crisis. His main contributions have been passing the issue off to Vice President Harris, who also ignored it, torpedoing the homely but serviceable solutions of his predecessor, and denying the problem’s existence. President Biden has “leaned into” the immigration issue like an elevator shaft without the car.

The excuse Bottoms offered for the non-visit actually contradicted the president. “It’s a bit more disruptive for the president of the United States to travel than you or I,” she explained. If that were a reason not to visit, then the president would never visit any place of importance. Presumably, his visit to the chips factory to highlight its importance also delayed its productivity. In fact, the White House employs a significant staff — called the Advance team — devoted to working out the disruptive questions of presidential travel, so that, when the president does travel, everything will run smoothly.