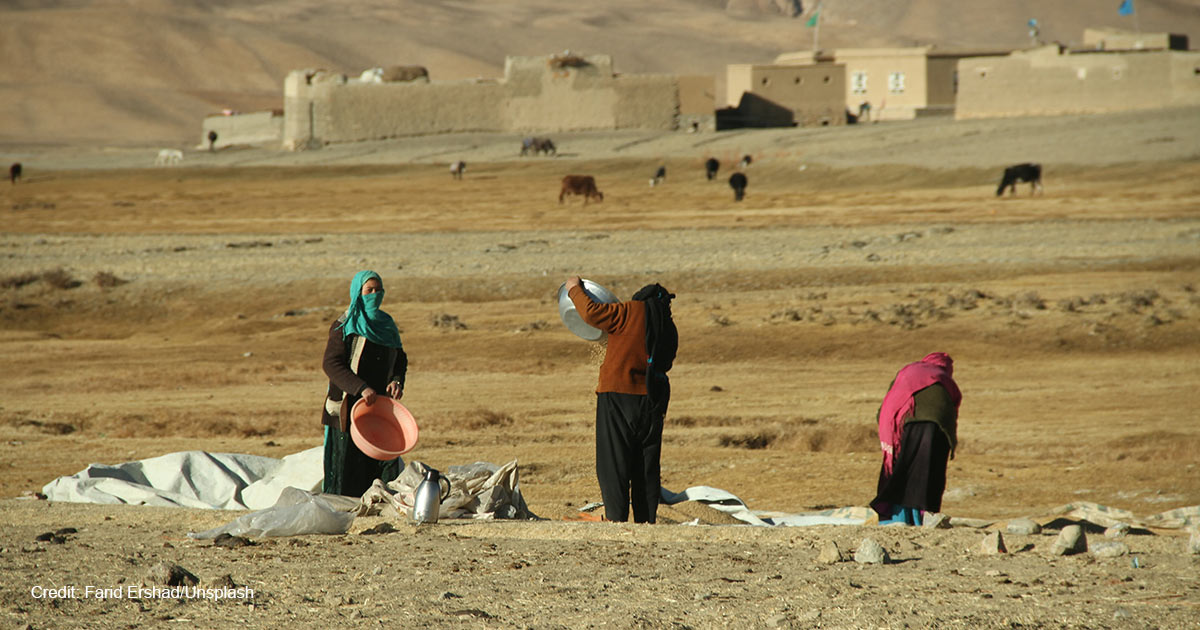 On August 30, 2021, the last American troops left Afghanistan, entrusting hundreds of American civilians and thousands of Afghan allies left behind to the brutal mercy of the Taliban. This was to meet President Biden’s deadline to withdraw all U.S. military personnel by August 31, 2021, one year from Wednesday. The arbitrary withdrawal timeline was not modified to conditions on the ground. Over the advice of his generals, President Biden insisted that American troops would leave by the end of August, no matter who was left behind. And that was the end of the conversation.

“I’m very upset about what we did as a nation because it violated so many standing American values,” said retired Lieutenant General Jerry Boykin, who now serves as FRC’s vice president. “We left people to whom we had made a pledge: ‘Work with us. And we’ll bring you out when we go home.’” We didn’t bring them home.

America had spent 20 years in the country, quickly ousting the Taliban, then fighting a long insurgency, and gradually establishing a stable, national government comprised of Afghans, elected by Afghans. None of this would have been possible without extensive cooperation among local Afghans. Some belonged to religious minorities. Some belonged to ethnic minorities. Others simply hated the Taliban’s strict and merciless version of Islamic rule.

But as American troops withdrew, the Afghan government and military, which relied on U.S. support, crumbled like a Jenga tower before the Taliban advance. Even before American troops could evacuate, the Taliban had seized key government buildings in Kabul, and a suicide bomber killed 13 American soldiers and over 200 Afghans near the airport. “You don’t need to have worn the uniform or served anywhere to know that the logic is, first you pull the civilians out and then you pull the military out,” said U.S. Army veteran and U.S. Congressman Warren Davidson (R-Ohio) on “Washington Watch.” “Unfortunately, the Biden administration did just the opposite.”

What happened to those we left behind? The Taliban has been hunting Christians down door-to-door, imprisoning them, torturing them, and prohibiting them from gathering for worship. Christians who converted from Islam — which is nearly all — are considered apostates and infidels, criminals under Sharia law. Starving families have sold young girls — their own children — into “marriage” to men six or seven times their age. International Christian Concern awarded the Taliban’s Afghanistan the dubious distinction of “2022 Persecutor of the Year.” That’s not to mention the countless translators, U.S.-friendly tribesmen, and possibly even American citizens who remain unaccounted for.

And what happened to those we left along the way? Western nonprofits and others helped to airlift over 12,000 Afghans to the Emirates Humanitarian City (EHC), a massive refugee camp in the U.A.E. While many Afghans eventually left the camp, thousands still remain, including approximately 1,500 religious minorities, writes Nina Shea, director of the Hudson Institute’s Center for Religious Freedom. “Afghanistan’s religious minorities — Christians, Hazara Shiites, Hindus, Sikhs, Ahmadis, Bahais, and Jews — face veritable genocide as ‘infidels’ and ‘apostates’ under Taliban Islamic law, yet these groups were all excluded from U.S. priority refugee admissions status.”

The U.S. State Department — responsible for managing overseas consulates that help American citizens in a tight spot — proved worse than useless. A multitude of reports suggested that the executive branch’s diplomatic twig was actively undermining non-governmental efforts to aid the evacuation. “I remember this time last year just being exasperated,” Davidson recalled. His office had images of “40 U.S. citizen passports” who were on the manifest to leave the country and “were outside of Kabul in another part of the country. And our own State Department had blocked their departure and told them to work with the Taliban. I just couldn’t believe what was going on.” If that was how the State Department treated American citizens, how much did they railroad vulnerable Afghans!

Bad decisions have consequences, and America’s voluntary withdrawal from Afghanistan has had plenty. The episode broadcast an image of weakness in the White House, and our geopolitical adversaries did not wait long to capitalize. Only months later, Russian strongman Vladimir Putin launched his invasion of Ukraine. While it hasn’t unfolded as he planned, it has still devastated tens of millions of lives and a vast swath of formerly stable territory. Now, Chinese warships are bullying Taiwan, in position to invade any day. If a small adversary can whip America, what does a great one have to fear?

Having thrown away 20 years of hard-won advancements for the nation of Afghanistan, did America obtain any lasting benefits? Only if we learned valuable lessons. After a year, “we’ve had time to think about how that went, what we’ve learned,” said Joseph Backholm, host of “Washington Watch.” And what have we learned? “Don’t repeat the same mistake,” urged Davidson. “We should go [into a conflict] with a clear mission in mind. … We should have won a decisive victory swiftly and then moved on. That doesn’t mean we need to leave the country, but we need to create some sort of stability there.”

The question is, did the people who control America’s foreign policy learn the same lesson as Davidson? Exactly one year after American boots left Afghan soil for good, said Backholm, “President Biden spoke this afternoon in Pennsylvania but ignored the anniversary in his speech.” Is this simply some embarrassing blunder to sweep under the rug? Can the government simply write off the billions of dollars’ worth of weapons left behind? Or will this shameful debacle, like Vietnam, endure long in American memory?

One thing is clear: America cannot move past Afghanistan while the State Department bars our doors in the face of persecuted religious minorities, whom they have strewn and stranded around the globe. These refugees cannot return to their homes. But they may not go forward to find another, all because the State Department has made an ideological decision to deemphasize the very real peril of religious persecution. How many years does it take for a giant bureaucracy to learn a lesson? How many people must remain suspended in detention because of State Department intolerance?