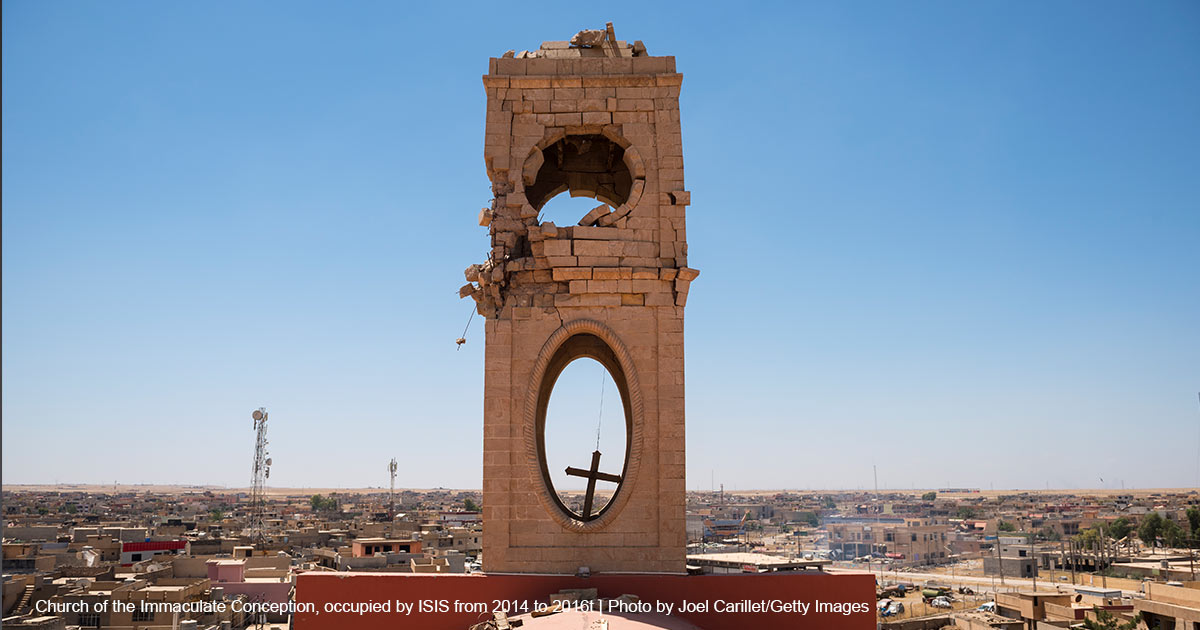 On August 22, We Remember the Victims of Religious Persecution

August 22 marks the International Day Commemorating the Victims of Acts of Violence Based on Religion or Belief. The day is intended to remind us of a simple though devastating reality — people around the world face violence because of their faith, and we must fight against it.

The most recent annual report from Open Doors, a nonprofit organization focused on serving persecuted Christians, found that 5,898 Christians killed for their faith within the last year and 5,110 churches and other Christian buildings attacked.

In Pakistan, mob violence in response to accusations of blasphemy threaten the safety of Christians, especially those living in more rural impoverished areas. Christian couple Shagufta Kausar and Shafqat Emmanuel know firsthand the violence and injustice that can accompany an accusation of blasphemy.

In 2013, police showed up at Shagufta and Shafqat’s house to arrest them on charges of blasphemy. After taking Shagufta, approximately 20 officers surrounded Shafqat and began to beat him with rifle butts. Meanwhile, his young children were terrified as they watched their father, who is paralyzed and uses a wheelchair, get beaten. When the officers threatened to strip and molest his wife, Shafqat was forced to confess to something he did not do.

In a new documentary directed by British commentator Emma Webb and released by ADF International, Shagufta and Shafqat gave their first English-language interview. Shafqat told Webb that in prison, he would “often worship God and pray to Him asking for strength” and that “whenever I think of those days, I start crying. I thank God for my release.”

In Nigeria, attacks from terrorist groups and military endanger the lives of ordinary Christians. Just since 2015, more than 11,000 Christians have been killed in Nigeria.

Violence against Christians in Nigeria is unprovoked and brutal. Earlier this month, suspected Islamic State West Africa Province (ISWAP) members broke into the grounds of St. Agnes Catholic Church in Taraba state, shooting indiscriminately and kidnapping a church employee. Over 20 Christians were killed by Fulani militants and other terrorists earlier this month just in one small area in Nigeria.

Nigerian Christian Ayuba Matthew told Morning Star News, “Constant killings and maiming of innocent Christians by terrorists and herdsmen bandits have become very common here in Taraba state.” Deadly attacks against Christians shouldn’t be the norm anywhere in the world. Sadly, in Nigeria, it is.

In Afghanistan, many Christians fled the country after the U.S. withdraw and subsequent Taliban takeover. Those who remain are in greater danger than ever. Christians must worship in hiding, and those who do not attend mosque risk being quickly found out. Some Christians still receive threating text messages that indicate militants are still looking for them. Afghan Christians are almost all converts from a Muslim background, and the Taliban considers such Christians to be “infidels” who deserve to be punished.

The problem of violence against religious believers is immense and growing. Sadly, the response by international institutions and democratic governments has been lackluster. Political leaders often act squeamish — or at times outright hostile — about wading into issues that deal with religious persecution, especially against Christians.

Given the scale of religious persecution, the issue deserves far more attention than it receives on the world stage. The United Nations’ decision in 2019 to declare an annual day to remember the victims of acts of violence due to religion is a good start, but it is just a start. This day to reflect should reinvigorate our work to advance religious freedom.

The fundamental right to hold and practice the faith of one’s choosing is core to humanity, and world leaders should not hesitate to defend it. Today, we remember the victims. May we also recommit ourselves to ensuring that all people are safe to live according to their conscience.