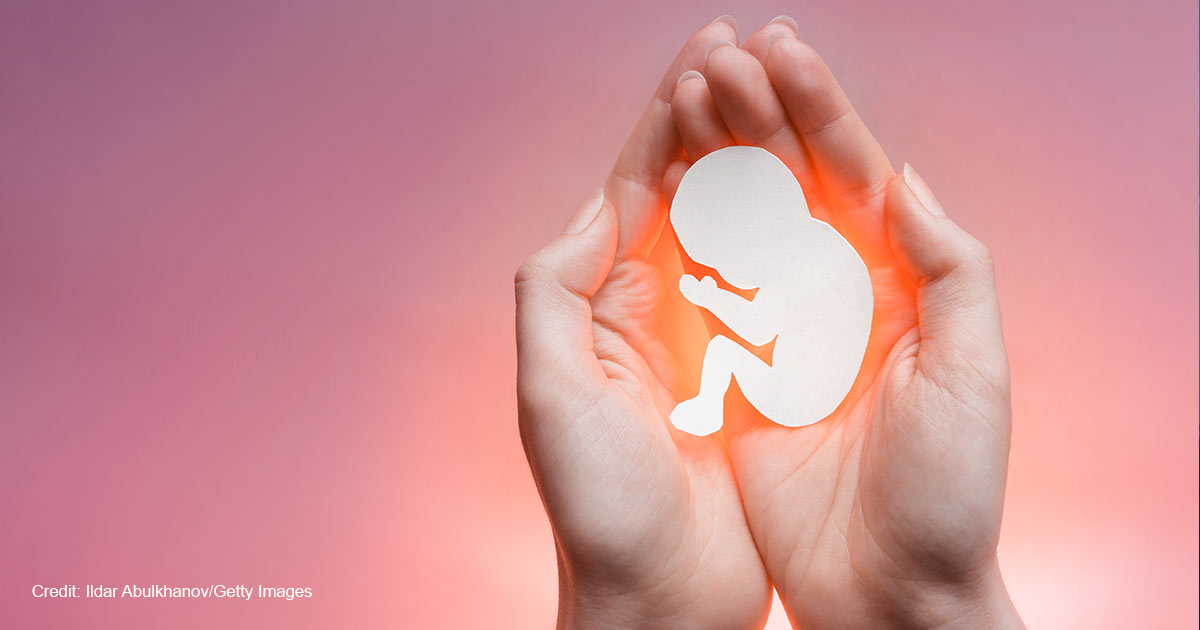 This is part two of a seven-part series. Read part one.

As the states continue to pass pro-life protections that defend the unborn from abortion, it is important to consider the necessity for these laws to protect all unborn lives. Sadly, the importance of protecting unborn children who are prenatally diagnosed with disabilities has fallen to the wayside in the national conversation about abortion.

Some states protecting unborn lives from conception are failing to include babies with a prenatal diagnosis under that protection. In Indiana, for example, where a law passed in 2016 protects babies against discriminatory abortions, the law now allows abortions to be committed against babies diagnosed with a “lethal fetal anomaly” while other babies are protected at conception.

One mother, Kerry, shared with me the immense beauty of choosing life for her baby boy after receiving a life-limiting prenatal diagnosis. She recalls her 20-week ultrasound, during which, “The tech started laughing, saying it was a boy — and then said the doctor might come in. She left and the doctor came in with a lady who introduced herself as a grief counselor — that’s when we knew something wasn’t right.”

Kerry and her husband were told that their baby boy had markers for Trisomy 18 — that he had multiple holes in his heart, spina bifida, and fluid in his brain. “The way the doctor spoke about him was just doom and gloom — he wouldn’t live, he wouldn’t live past birth, he’d be severely disabled and deformed. It was terrifying,” she described. Kerry never went back to that doctor, who strongly encouraged that she abort. “I knew I wanted to carry to term and move forward as a normal pregnancy without hearing the negativity all the time.”

After connecting with Be Not Afraid, a nonprofit that supports parents carrying to term following a prenatal diagnosis, everything changed for Kerry and her husband. “Having the support of people who had been through this and knew how to prep us for everything was so important,” she explained. “I had asked the grief counselor if Luke was born alive, would the doctors close up his spine? And she said that they most likely wouldn’t do it. That was the point when I knew we would have to fight for him.”

Kerry shared that from the moment Luke was born, “He was a gift. My friend said that he had an old soul in his eyes — like he had one foot in heaven and one foot on earth.” Luke’s loving family was blessed to spend four beautiful months with him before he passed away. Kerry said, “Nobody but God knows what your lifespan will be — we knew that Luke’s life wasn’t going to be limited by any doctor. It was between Luke and God when he passed.”

Kerry added, “Parents who choose to abort babies based on prenatal diagnoses aren’t told how many living children there are with these conditions. The diagnosis is not a death sentence — we were told that Luke was ‘incompatible with life,’ but we had four months of being with him and loving him.” She concluded Luke’s story by sharing, “We’ve always said that if God said He would give us a healthy baby, but we would never be able to meet Luke, we would still choose Luke. It was so special to have the time we had with him and to meet this little guy that they had no hope for.”