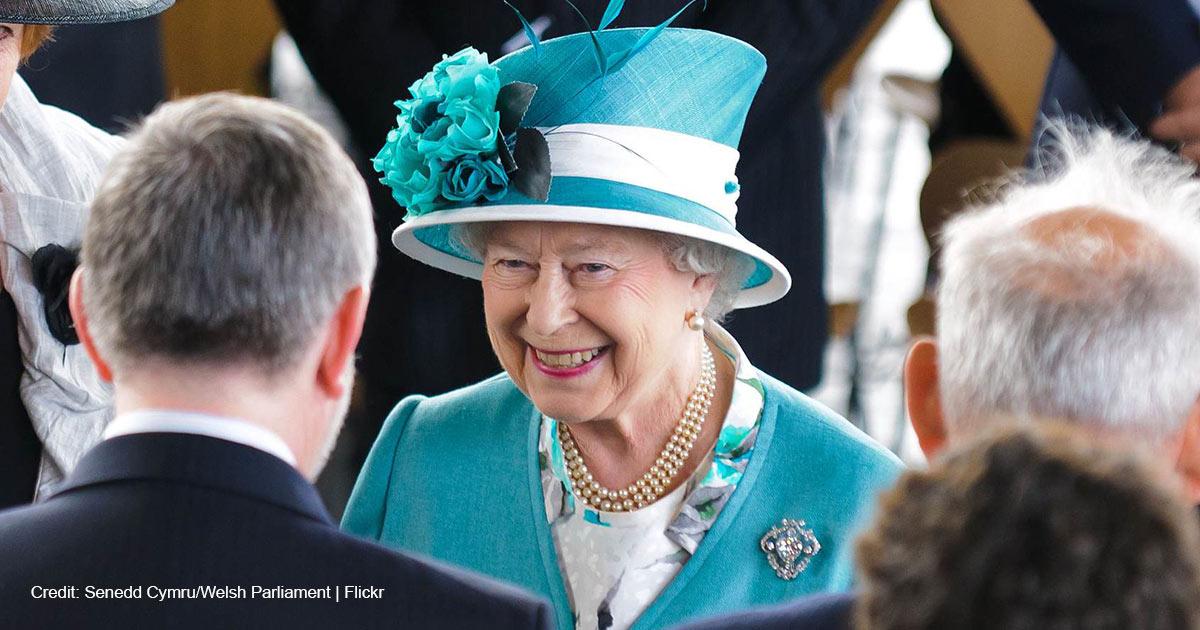 Queen Elizabeth II: 5 Quotes on God and the Bible

The longest-reigning queen of England, Queen Elizabeth II, passed away on Thursday, September 8, at the age of 96. After the death of King George VI, Elizabeth Alexandra Mary Windsor (known to her family as “Lilibet”) took the throne on February 6, 1952, and received the title: “Defender of the Faith and Supreme Governor of the Church of England.”

Her son and successor, who will be known as King Charles III, has stepped back from his argument that the royal title should drop the definite article to become the “Defender of Faith.” But his mother did not merely embrace the title but often showed a deeply held faith, especially in her ceremonial role in delivering her annual Christmas broadcasts — messages that were often more orthodox, and more substantive, than the sermons delivered by the clergy of her Anglican Communion. Here are five faith-inspired examples of royal rhetoric that show her sincere, and well-articulated faith.

1. In her first Christmas broadcast as queen, after ascending to the throne but before her coronation, she implored the people of the U.K. to intercede for her in her royal position, in fulfillment of I Timothy 2:2:

I want to ask you all, whatever your religion may be, to pray for me on that day — to pray that God may give me wisdom and strength to carry out the solemn promises I shall be making, and that I may faithfully serve Him and you, all the days of my life. (Christmas broadcast, 1952)

2. Early in her reign, Queen Elizabeth II realized she needed a higher source of strength and wisdom than her advisers and attendants. Following the footsteps of her great-grandmother, Queen Victoria, she regularly read the Bible:

To what greater inspiration and counsel can we turn than to the imperishable truth to be found in this treasure house, the Bible? (Quoted by Dudley Delffs, Ph.D., author of “The Faith of Queen Elizabeth.” Zondervan, 2019.)

3. Queen Elizabeth II held the throne during the collapse of the British Empire, contracting geopolitical power, and terrorist “troubles” at home. She modeled her life on that of Christ, especially in his role as a merciful King Who forgave all His subjects:

For me, the life of Jesus Christ, the Prince of Peace, whose birth we celebrate today, is an inspiration and an anchor in my life. A role-model of reconciliation and forgiveness, he stretched out his hands in love, acceptance, and healing. Christ’s example has taught me to seek to respect and value all people. (Christmas broadcast, 2014)

4. Queen Elizabeth II did not merely embrace Christ as a good moral example or enlightened teacher, but as the incarnate Son of God and Savior:

Finding hope in adversity is one of the themes of Christmas. Jesus was born into a world full of fear. The angels came to frightened shepherds with hope in their voices: “Fear not,” they urged, “we bring you tidings of great joy, which shall be to all people. For unto you is born this day in the City of David a Saviour who is Christ the Lord.” Although we are capable of great acts of kindness, history teaches us that we sometimes need saving from ourselves — from our recklessness or our greed. God sent into the world a unique person — neither a philosopher nor a general, important though they are, but a Saviour, with the power to forgive. Forgiveness lies at the heart of the Christian faith. It can heal broken families, it can restore friendships and it can reconcile divided communities. It is in forgiveness that we feel the power of God’s love.

In the last verse of this beautiful carol, “O Little Town Of Bethlehem,” there’s a prayer: “O Holy Child of Bethlehem, descend to us we pray. / Cast out our sin, and enter in. / Be born in us today.” It is my prayer that on this Christmas day we might all find room in our lives for the message of the angels and for the love of God through Christ our Lord. (Christmas broadcast, 2011)

5. Queen Elizabeth II believed that all world history revolved around Christ’s virgin birth, crucifixion, and resurrection from the dead:

Jesus Christ was born two thousand years ago; this is the true Millennium anniversary. The simple facts of Jesus’s life give us little clue as to the influence he was to have on the world. As a boy he learned his father’s trade as a carpenter. He then became a preacher, recruiting 12 supporters to help him.

But his ministry only lasted a few years and he himself never wrote anything down. In his early thirties he was arrested, tortured, and crucified with two criminals. His death might have been the end of the story, but then came the resurrection and with it the foundation of the Christian faith. …

For me the teachings of Christ and my own personal accountability before God provide a framework in which I try to lead my life. I, like so many of you, have drawn great comfort in difficult times from Christ’s words and example. (Christmas broadcast, 2000)

6. As a believing monarch presiding over an increasingly secular kingdom, Queen Elizabeth II not only refused to tone down her faith but insisted that Christ’s crucifixion gives us the courage to live out our faith in the public square:

We generally know what is right and how we should act and speak. But we are also very aware of how difficult it is to have the courage of our convictions. Our Christian faith helps us to sustain those convictions. Christ not only revealed to us the truth in his teachings. He lived by what he believed and gave us the strength to try to do the same — and, finally, on the cross, he showed the supreme example of physical and moral courage. That sacrifice was the dawn of Christianity, and this is why at Christmas time we are inspired by the example of Christ as we celebrate his birth. (Christmas broadcast, 1981)

May she rest in peace.