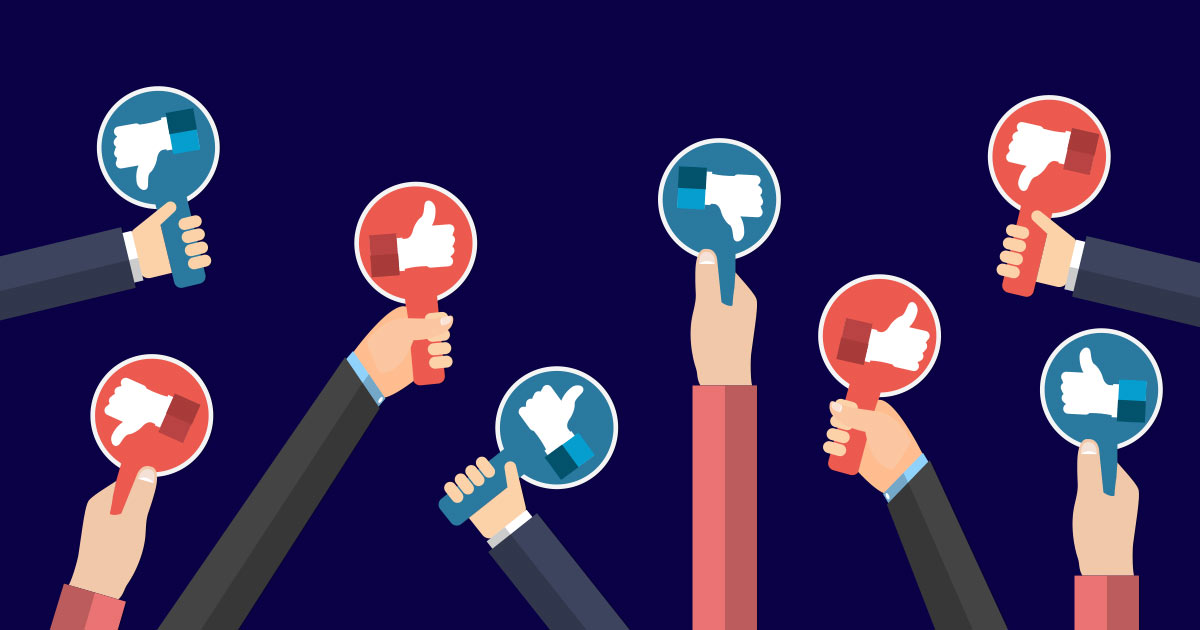 The Biggest Winners and Losers of the 2022 Midterms

After any election, the true winners and losers are reflected not merely by the tally of votes received but how they are perceived by the public. Here is a brief guide now that the dust has settled on this month’s midterm elections.

Ron DeSantis. The undisputed winner of the 2022 midterm elections had nothing to do with Congress. After putting on a four-year clinic in conservative governance, Florida Governor Ron DeSantis (R) won re-election in an electoral tsunami that washed from the panhandle to Miami Beach, down both coasts, and cut through the state like Alligator Alley. The 20-point blowout in what had been a swing state (witness his razor-thin win in 2018) rewards science over technocracy, vindicates his rapid media response, and crowns DeSantis as a viable candidate in the 2024 presidential primaries. His candidacy seemingly won the approval of voters usually averse to politicians who chart a course to Tallahassee as a detour to Washington, as they cheered, “Two more years!”

Even the election results underscored his competence: While other states have yet to report election results, the nation’s third-largest state counted 7.5 million votes and announced the winning slate in a matter of hours.

Another measure of DeSantis’s winning comes from the unyielding opposition he now faces. The series finale of Paramount Plus’s streaming show “The Good Fight” featured a fictional character accusing DeSantis of sexually molesting him. On Thursday night, former President Donald Trump posted a scathing series of messages on Truth Social blasting “Governor Ron DeSanctimonious” as “an average REPUBLICAN Governor with great Public Relations.” If you only take flack if you’re over the bullseye, then Ron DeSantis’s record of respecting parental rights, protecting the unborn, and slaying the Woke media-industrial complex has placed him firmly at the center of Republican presidential politics.

Senator-electGisele Barreto Fetterman. John Fetterman’s election to the U.S. Senate will establish his wife, Gisele, as the Edith Galt of the Senate. President Joe Biden acknowledged as much during an October 20 campaign stop, when he departed from his scripted remarks for an ad libbed moment of truth: “Gisele, you’re going to be a great, great lady in the Senate,” Biden said. Her record of public remarks give little confidence to that statement. “Historically, swimming in America is very racist,” she said recently. “When you look at drowning statistics, it usually affects children of color.” She also likened her husband’s use of an auditory processing unit to communicate to “how bright you keep your phone when you’re reading.” Her own vision may be off-center: She has posted two photos of herself and her husband, with her husband cropped out.

Lying about abortion. In every state where voters had the opportunity to prevent activist judges from claiming their state constitutions contain a previously undiscovered right to abortion, they voted against it; in other states, they voted to create a right to late-term abortion. The Left claims this shows the popularity of their views. In reality, only 19% of Americans support abortion-on-demand through all nine months of pregnancy for any reason, a plank in the Democratic Party’s platform. Nearly one in three Democrats described their views as pro-life in a Pew Research poll. Yet they voted for these bills, because the well-funded abortion lobby’s advertisements said the pro-life amendments would supposedly ban all abortion from fertilization, including for 10-year-old girls raped by illegal immigrants.

True Blue candidates. In an election cycle allegedly lost by social conservatives, the most successful were the most socially conservative candidates, as ranked by FRC Action. In all, 94% of their “True Blue” candidates won their races.

The good order of the House and democracy (perhaps). Voters democratically elected candidates in Georgia and Arizona to represent their interests, but Democrats thwarted their efforts — by stripping them of their committee assignments. First, they targeted Rep. Marjorie Taylor Greene (R-Ga.) before meting out similar treatment to Rep. Paul Gosar (R-Ariz.) and threatened to inflict the same treatment on Rep. Lauren Boebert (R-Colo.). Depriving winning candidates of the right to do their jobs, in a way that is historically unprecedented, is at least one of at least three ways Democrats attempt to overturn elections, along with threatening to expel members and invoking the Fourteenth Amendment to bar candidates from running for office — both tactics they unsuccessfully deployed against Greene. When Rep. Kevin McCarthy (R-Calif.) takes the gavel, elected Republicans will be able to do the job the voters sent them to do.

Perennial candidates. Between the two of them, Robert Francis “Beto” O’Rourke and Stacey Abrams have lost five elections in four years. O’Rourke spent approximately $175 million on his races: $80.3 million for his 2018 Senate race against Ted Cruz, $18.7 million for his presidential race, and “more than $76 million” in his gubernatorial race. For her part, Abrams spent $24 million in 2018 and $98 million this year, with an untold amount of “infrastructure-building” funds in between. Now, she and O’Rourke are en route to becoming the next Howard Stassen or Lyndon LaRouche. The left-wing Texas Tribune now compares Beto to former Texas State Senator, abortion fanatic, and Next-Big-Thing Wendy Davis. At least Abrams claimed to win her first election. “The election was stolen from the people of Georgia,” said election-denier Abrams in 2019, although she admitted, “I don’t know that empirically.” On a post-election 2022 episode of MSNBC’s “The ReidOut,” Abrams claimed Brian Kemp “outsourced voter purging … to White supremacist groups and to hard right-wing groups.”

It became another victory of voters rejecting the legacy media’s preferred candidates. “Beto O’Rourke’s rock-star status is cemented by Texas GOP, handing Dems an icon they desperately need,” wrote The Washington Post’s Isaac Stanley-Becker in 2018. The New York Times asked in 2019 — shortly after Democratic congressional leaders tapped Abrams to deliver the response to the State of the Union address — “Stacey Abrams Isn’t Running for President. Should She Be?” For her part, Abrams said she would be ready to run in 2028. The media are already signaling they won’t let these two perennial candidates go. “What about if we pair up Liz Cheney and Stacey Abrams? ... That would be exciting,” asserted MSNBC panelist Maria Teresa Kumar.

Evan McMullin. Senator Mike Lee (R-Utah) turned back the challenge of Evan McMullin, an independent supported by Democrats. McMullin formerly served as a one-state spoiler in the 2016 presidential election. Lee trounced McMullin by a blowout 13 points, despite the studied silence of Mitt Romney. This, McMullin warned, catapulted the war on democracy into a new, “critical phase.”

“It’s the economy, stupid.” Mehmet “Doc” Oz campaigned on the price of crudité. Meanwhile, NARAL Pro-Choice America promised, “We’ll be working harder than ever to ensure John Fetterman is Pennsylvania’s next senator.” Voters considered inflation their top issue — closely followed by abortion (31% to 27%), according to CNN’s exit polls. Abandoning the field on voters’ second most important topic, and offering no challenge to the Left’s factually challenged narrative, is no way to win elections. Oz also signed the letter in favor of same-sex marriage along with 400 “prominent” Republicans. So did Joe O’Dea, who challenged Senator Michael Bennet (D-Colo.) for his seat; the media called the race for Bennet the moment the polls closed.

Mitch McConnell’s loyalty oaths. Senate Minority Leader Mitch McConnell (R-Ky.) diverted money away from Blake Masters in Arizona, intervened against Don Bolduc in New Hampshire, and fought against Kelly Tshibaka, because they did not support his leadership. While McConnell has played a commendable role in filling the courts with constitutionalist judges — especially holding a Supreme Court seat open for nearly a year — McConnell chose personal loyalty over holding the title “Senate Majority Leader” in January. The party that has rallied around Ronald Reagan for four decades is ill-served by someone who began his career backing Gerald Ford in 1976. McConnell’s GOP hasn’t existed since the first Bush presidency; neither should a mandatory loyalty oath to McConnell.

Introspection. At his press conference the day after the election, a reporter asked President Joe Biden, since “75% of voters say the country is heading in the wrong direction … what in the next two years do you intend to do differently to change people’s opinion of the direction of the country?” Biden responded, “Nothing.” Another reporter noted that two-thirds of Americans do not want Biden to seek reelection in 2024. “How does that factor into your final decision about whether or not to run for reelection?” the reporter asked. “It doesn’t,” spat the president. Asked specifically, “What’s your message to them — to those two thirds of Americans?” Biden responded, “Watch me.” The same media, which spent years hounding George W. Bush to admit he had ever made any mistake, has nothing to say about a uniquely failed president staying the course. The Bible calls all people to repent, to change their minds and conform to His commandments. Instead, Biden believes he has ridden out the voters’ ire and can continue punishing his enemies harder than ever — and openly brag as he abuses them.