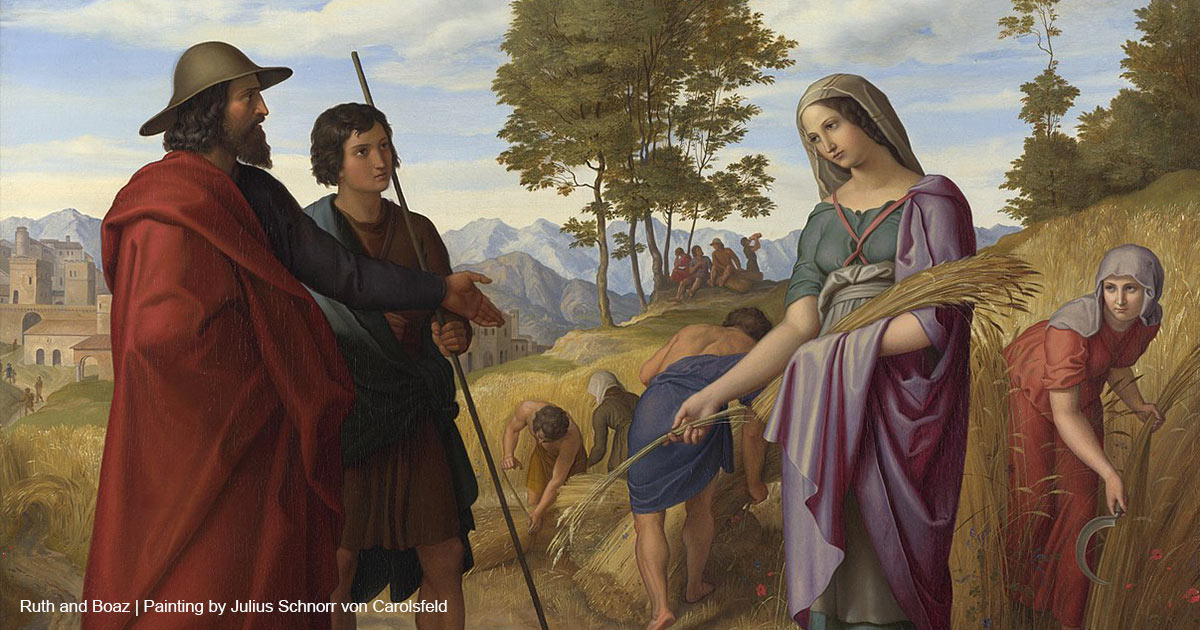 The Crises That Led to Christmas (Part 3): Ruth Endured the Crisis of Being Widowed

This is the third part of a five-part series. Read our previous entries on Tamar and Rahab.

The third woman identified in Matthew’s gospel as being part of the lineage of Jesus is Ruth, a Moabite woman who married into the nation of Israel. In addition to being an ancestor of Christ, Ruth has the distinction of being one of only two women with a book of the Bible named after her (Esther being the other).

The book of Ruth opens with an introduction to three widows: Naomi, Orpah, and Ruth. Naomi had relocated to Moab with her husband and two sons in order to avoid an ongoing famine in Israel. While they were living in Moab, Naomi’s sons married two local women, Orpah and Ruth. Tragically, all three husbands passed away, leaving Naomi alone in a foreign land and Orpah and Ruth childless.

When Naomi decided to return to her homeland of Israel, Orpah returned to her parents’ household, but Ruth refused to abandon Naomi, knowing that her mother-in-law had no one left to care for her. Ruth demonstrated her loyalty to Naomi by saying, “Where you go I will go, and where you stay I will stay. Your people will be my people and your God my God” (Ruth 1:6).

Ruth and Naomi returned to Naomi’s hometown of Bethlehem. Upon arriving, Ruth provided for them by gleaning in the fields of a man named Boaz, the son/descendent of Rahab and a relative of Naomi’s late husband. Boaz took notice of Ruth, impressed by her loving sacrifice to leave her home in order to stay by Naomi’s side. Boaz treated Ruth with kindness and ensured that she could work safely in his fields without being harmed by men who might prey on her.

Naomi informed Ruth that Boaz was one of their family’s kinsmen-redeemers. According to Hebrew law, Boaz was eligible to purchase their family property and marry Ruth, thus allowing her to carry on her late husband’s family line (2:20). When Ruth approached Boaz and explained her family’s situation to him, he went through the proper cultural channels to redeem Naomi’s husband’s inheritance and marry Ruth (3:9-13). Ruth’s first son with Boaz was named Obed. In God’s wonderful providence, Obed had a son named Jesse, whose youngest son, David, would one day become king of Israel.

The intricate story that God wove from the tragedy of Ruth’s widowhood shows His ability to bring beauty even from crisis situations. After the death of her first husband, Ruth likely was unsure of her future. When Ruth selflessly refused to abandon Naomi, she took a leap of faith and trusted that God would care for her — and He did, grafting the Moabite woman into Israel’s family tree.

It is worth noting that Ruth likely did not see the ultimate plan that God was working through her suffering during her lifetime. This is true for us as well. In this life, we will likely never fully understand why God allows us to experience a tragedy. Whether it is the experience of heartbreak, miscarriage, death of a spouse or loved one, or loneliness, it is important to know that the Lord is still present even when He seems silent and that hope for the future remains even when today’s circumstances are filled with pain. Just as Ruth mourned her loss and placed her faith in God, so should we today whenever tragedy strikes.

There are ministries and resources equipped to support widows as they raise a child while simultaneously coping with grief. The book of Ruth may also be read as a call to action for the men of the church to meet the needs of women facing crisis circumstances. Marriage aside, there are countless other ways for Christian men to emulate Boaz and serve the widows or single mothers in their community through acts of kindness.

Ruth’s example may provide inspiration to women and men who have experienced a tragic loss or who unexpectedly find themselves in the position of being a caretaker. Ruth displayed her noble character by acting based on her love for her family and trust in God, rather than allowing the pain of loss to overshadow her hope for the future. Her story reminds us to turn to the Lord in every sorrow and trust that He is working all things together for our good (Romans 8:28).