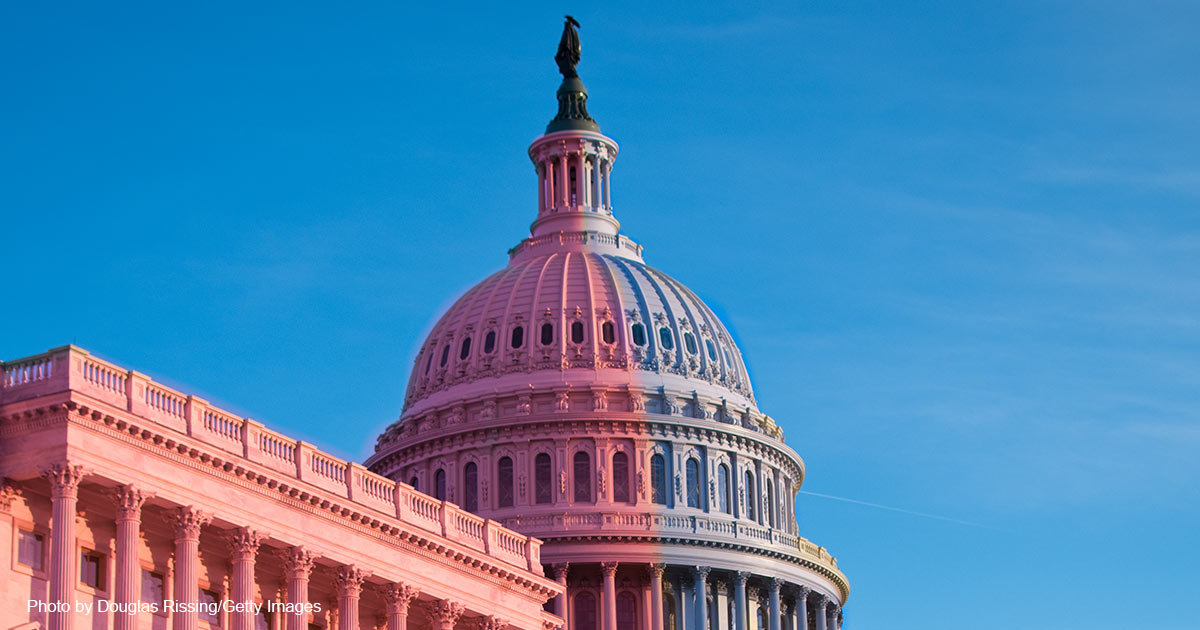 The Smoke Grinder Government: How Gridlock Can Be Good

Back in the ’80s, I used to watch a quirky PBS show with my dad on woodworking called “The Woodwright’s Shop.” In one episode, host Roy Underhill introduced an old wooden folk toy called a “smoke grinder,” or “do-nothing-machine.” It consisted of a block of wood with dovetails cut into the top, with a handle attached that would spin along the grooves in an elliptical pattern. Just for fun, my dad built one, and it did exactly what its name implied: nothing.

Like the wooden toy before it, the 118th Congress all but threatens to be a smoke grinder government. The 2022 midterm elections missed the anticipated “red wave,” but, the GOP did gain control of the House of Representatives, ending two years of Democrat control of all three branches of government. And with control of the people’s house, comes the return of a term all-too-familiar to the nation’s capital: gridlock. Any controversial legislation passed by a Republican-majority House likely won’t make it past the Senate’s Democratic majority, much less have any chances of being signed by a Democrat president. Likewise, any controversial Democrat-led legislation will go nowhere. Forget being off to the races, major change in Washington won’t leave the treadmill for the next two years.

But what if this was a good thing? Don’t get me wrong, dysfunction — especially in the essential functions of government — is rarely helpful. But what if instead of dysfunction, the gridlock imposed by a two-party system was a function for good? As the conservative magazine National Review launched, its founder, William F. Buckley, Jr. famously wrote that its mission was to, “stand athwart history, yelling Stop.” Indeed, it is good to bring traffic to a halt when the bridge up ahead is out. Motion doesn’t necessarily drive morality. And for governments, there are quite often times when their inaction serves their people better than action. At the very least, an inactive government can be far less expensive to the people who fund it.

But bringing government to a halt is not the only thing that happens in a gridlock situation. The Republican majority in the House of Representatives has wasted no time introducing legislation that is doomed to fail. For example, the House just passed the Born-Alive Abortion Survivors Act, which requires legal protection for babies born alive during an abortion, by a vote of 220-210. The bill will go nowhere in a Democrat majority Senate. And even if somehow it miraculously broke through a Senate filibuster and made it to the desk of the pro-abortion President Biden, there’s little mystery as to what he would do with it. All this raises the question, why bother?

For starters, 210 elected representatives of the people are now publicly on record as voting against providing life-saving protection to newborns. The significance of this one vote cannot be understated. It underscores for the nation just how polarized America is on this issue. What once may have masqueraded as middle ground has given way to a giant sink hole. The curtain on an issue once framed by abortion supporters in terms of a woman’s “choice” has been pulled back to reveal its ugly fruits, and those fruits are oozing with the fermented rot of evil.

After all is said and done in the 118th “smoke grinder” Congress, we may not get the fruit we desire. Much of the fruit may be ugly, stunted, and underdeveloped. But we can help the fruit that we end up with to grow in the long run. If wrongs can be thwarted, let them be thwarted. And if right can be attempted, let it be attempted. And if darkness can be exposed, let it be exposed and allow that exposure to someday break the smoke grinder and deliver the unity we need.