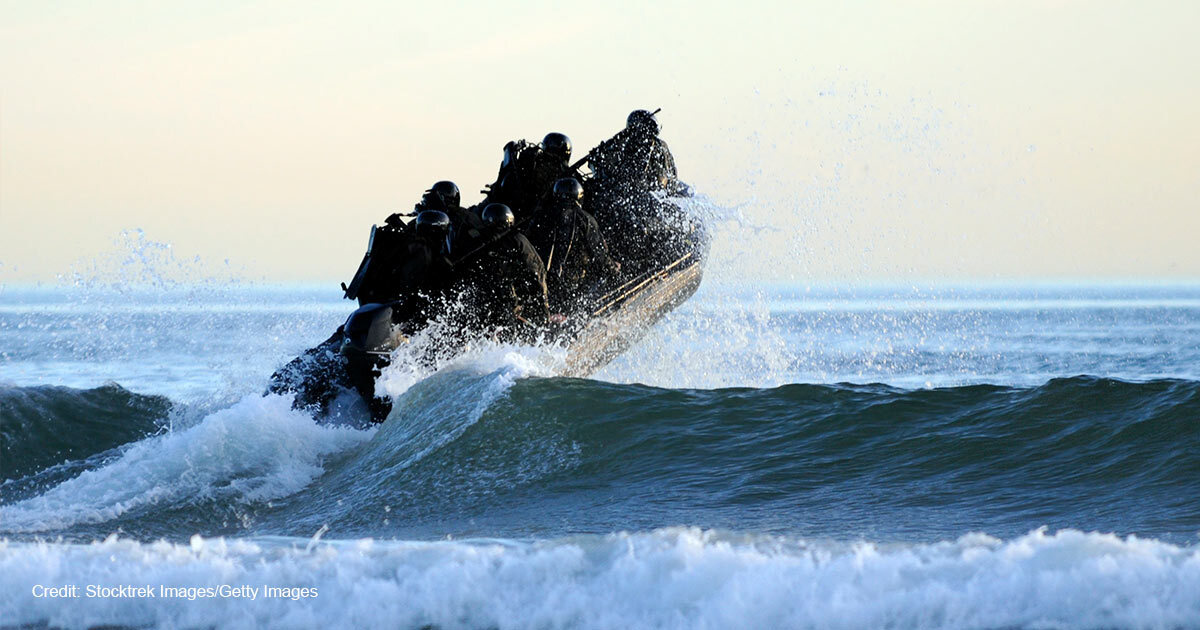 These SEALs Are So Tough They Beat the U.S. Navy Months Ago

The U.S. military has suffered a string of humiliating defeats over the past 18 months, second only to the humiliation of surrendering Afghanistan to the Taliban. These defeats have not come from the hands of a foreign foe (although that may happen soon), nor even at the hands of an invasive species of ideology (although they have tried their hardest to embarrass themselves). Rather, I mean the string of defeats that the U.S. Constitution has handed to various branches of the military in the U.S. judicial system.

Servicemembers have won class action lawsuits against the Air Force, the Navy, the Space Force, and the Marines (with the Army and Coast Guard pending) for refusing to countenance their religious objections to receiving the COVID-19 vaccination on emergency use authorization. Not only did they ignore religious objections, but these military branches often punished personnel who requested exemptions, denying them opportunities for training, service, or promotion, or trying to force them out of the military altogether.

But with the growing irrelevance of COVID and its ineffective jabs, the military has stubbornly refused to recant its ill-fated mandates. Now that waging war against the First Amendment is long past the last hope of victory, the military brass seems to regard crushing these handfuls of politically incorrect soldiers as a matter of professional pride; they seem to regard their failure to do so as a profound source of embarrassment.

One more incident supporting this narrative has recently come to light. A legal team representing Navy SEALs in a class action lawsuit discovered on September 1 that the U.S. Navy had rescinded on May 23 an order (known as Trident Order #12) punishing SEALs for refusing the vaccine, Fox News reported. Somehow, no one seemed to know about this rescission — not the SEALs, not their counsel, not the courts. The legal team, First Liberty, certainly made no mention of it in an August 22 court filing. Is the U.S. Navy embarrassed about the imprudent, illegal order? It would seem so.

“To the best of counsel’s knowledge, Trident Order #12 was not replaced. As the Court will recall, Trident Order #12 stated that SEALs who are unvaccinated due to religious beliefs are medically disqualified, though SEALs who are unvaccinated due to medical reasons are not automatically disqualified,” wrote First Liberty Attorney Heather Gebelin Hacker.

Why all the slinking through the shadows? The Supreme Court in March allowed the military to reassign SEALs for refusing the vaccine, but prevented them from terminating them while the case progressed. Yet, a couple months later, they secretly scuttled the policy without telling anyone. This is not the bold, decisive military leadership that wins wars. This is the result of politicians in dress uniforms trying to model their public image on Dr. Fauci.

Surely the Navy must know they will eventually lose the battle to eject SEALs who requested religious exemptions to COVID jabs. First Amendment aside, they can hardly muster the credibility to assert that COVID-19 still poses an operational security risk or threatens young servicemembers in prime fitness. Nor can they credibly assert that the jab would make much of a difference, when even the CDC guidelines now recommend the exact same precautions for vaccinated and unvaccinated persons.

Yet they persist in going through the motions, perhaps hoping these red-blooded SEALs will leave in sheer disgust over their bureaucratic nonsense. “Now that the Navy has rescinded this unlawful order, the only reason it won’t allow our SEALs to get back to doing their jobs is because of their religious beliefs,” said First Liberty’s Mike Berry. “There are no atheists in foxholes,” the saying goes. Yet in the lavish comforts of peacetime, it seems like the military would rather have no religion in the ranks.