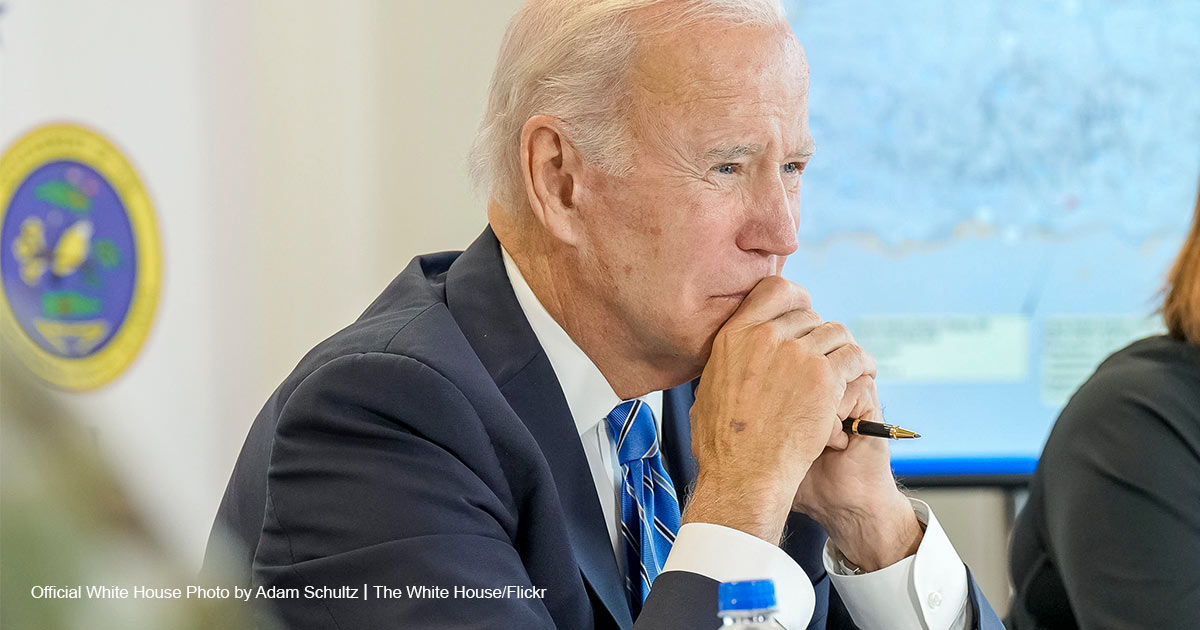 The new year began on a grim note for the Biden administration. On the first day back in the office after the New Year’s holiday, news broke that almost 80% of Americans projected 2023 to be a “year of economic difficulty.” Things haven’t gotten much better since then for the White House. It has indeed been a particularly rough week for the Biden administration. Here are five of their biggest fails.

It was discovered this week that President Biden apparently mishandled top secret classified documents, which could be prosecuted as a federal offense. Some were found in his garage in Wilmington, Del. next to his Corvette, while others were found in “a box, locked cabinet — or at least a closet,” according to the president. Still other top secret documents were found at Biden’s think tank in Washington, D.C.

On Thursday, Attorney General Merrick Garland announced that an investigation would be opened into the matter and appointed a special counsel to lead the probe.

In the largest single incident of grounded flights in one day since 9/11, a failure of the Federal Aviation Administration’s pilot alert system led to the agency halting all domestic departures on Wednesday. Over 2,900 flights were cancelled, while almost 8,000 more flights were delayed. The reason behind the system outage is still being investigated.

Numerous pilots have contended that the grounding of all domestic flights was an “overreaction” by the Biden administration, as multiple backup systems are available to ensure the safety of flights. “They didn’t have to ground all the flights. We would have been fine,” one pilot told Fox News.

On Monday, U.S. Consumer Product Safety Commissioner Richard Trumka Jr. told Bloomberg News that gas stoves are “a hidden hazard. Any option is on the table. Products that can’t be made safe can be banned.” With around 40% of all homes in the U.S. using gas stoves and with the appliances considered to be the industry standard for restaurant food preparation nationwide, the backlash to the news was swift.

“This is a recipe for disaster,” tweeted Senator Joe Manchin (D-W.Va.). “The federal government has no business telling American families how to cook their dinner. I can tell you the last thing that would ever leave my house is the gas stove that we cook on.” His comment encapsulated the outrage, and even left-wing late-night host Stephen Colbert couldn’t help but quip, “You can have my gas range when you pry it from my hot, sizzling hams.”

On Wednesday, the Biden administration walked back the possibility of a proposed ban. “To be clear, I am not looking to ban gas stoves and the CPSC has no proceeding to do so,” said CPSC Chairman Alex Hoehn-Saric. A White House spokesman also stated, “The president does not support banning gas stoves.”

On Sunday, President Biden made a “tightly controlled” three-hour visit to the southern border in El Paso, Texas. He visited a deserted section of the border wall with Border Patrol agents, a processing center, and had brief meetings with CBP officials and leaders of local NGOs.

Curiously, the processing center that Biden toured was inexplicably deserted at the time of his visit. In response to a CNN inquiry as to why the president visited this specific center and did not interact with any migrants, an administration official said, “There just weren’t any at the center when he arrived. Completely coincidental. They haven’t had any today.”

Shortly after Air Force One touched down in El Paso, Texas Governor Greg Abbott (R) greeted the president and handed him a letter, which noted that Biden’s “visit avoids the sites where mass illegal immigration occurs,” adding that the city “has been sanitized of the migrant camps which had overrun downtown El Paso because your Administration wants to shield you from the chaos that Texans experience on a daily basis.” The Daily Signal reported that “[c]ity officials dismantled homeless migrant encampments in El Paso ahead of Biden’s visit.”

5. Biden White House Fails to Comment on Whether Babies Born Alive Should Be Saved

It appears that the White House has no official comment on the passage of the Born-Alive Abortion Survivors Protection Act, which was passed in the House on Wednesday. The bill simply requires medical personnel to administer lifesaving care to an infant that is born after a failed abortion attempt, just as they would any other infant in any other life-threatening circumstance.

Biden’s second in command, Vice President Kamala Harris, was unimpressed by the bill’s basic attempt to establish a baseline for humane treatment of infants. “House Republicans passed an extreme bill today that will further jeopardize the right to reproductive health care in our country,” she tweeted, despite the fact that the bill does not address abortion law. “This is yet another attempt by Republican legislators to control women’s bodies.”