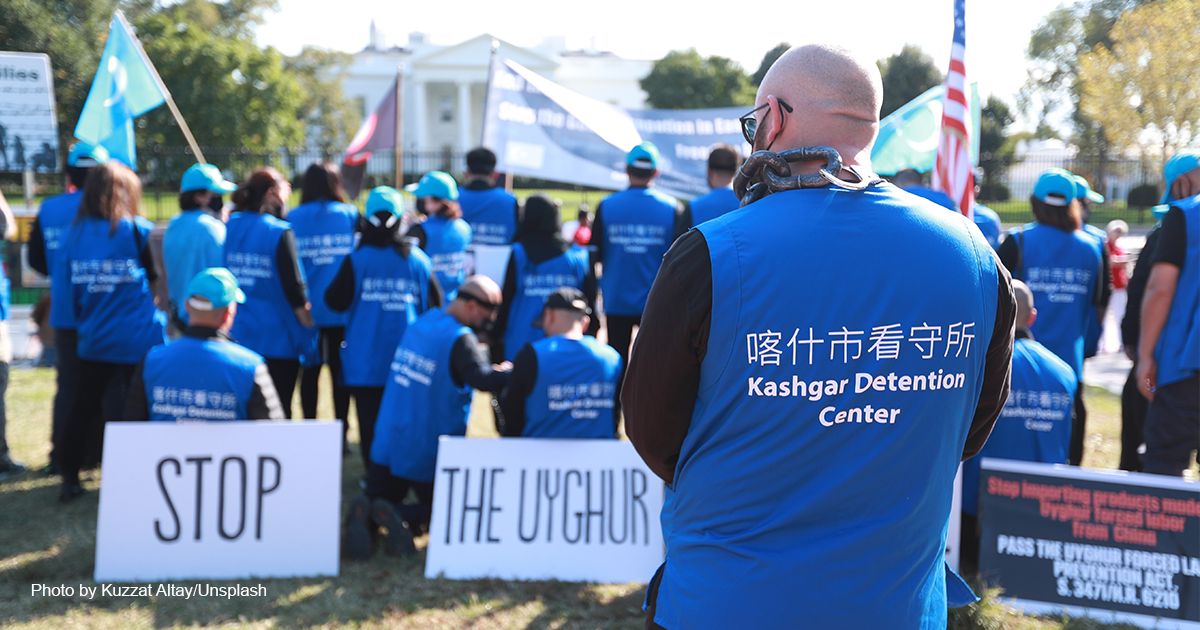 Michelle Bachelet’s controversial visit to China began on Monday. The United Nations High Commissioner for Human Rights is billing her trip as a way to address human-rights challenges in China, something her office has been looking into for years. However, Bachelet is unlikely to see any hint of China’s human rights violations on her trip.

Chinese officials are using the COVID-19 pandemic as a convenient excuse to conduct Bachelet’s visit in a “closed loop.” In the bubble of her state-approved itinerary, Bachelet won’t see anything that the Chinese Communist Party (CCP) doesn’t want her to see. Even though Bachelet is set to visit Urumqi and Kashgar, two cities in the Xinjiang region where over a million Uyghur Muslims are estimated to be held in brutal re-education camps, advocates worry that the itinerary is designed to obscure the reality of Uyghur suffering.

Breaking news Tuesday lends further evidence of the atrocities committed by the Chinese government in Xinjiang. Chinese police photos and documents uncovered by hackers offer previously unseen glimpses into the experiences of Uyghur detainees. One wide-angle photo shows a police officer in SWAT gear off to the side; another shows detainees in orange vests in the background. Thousands of photos reveal the faces of Uyghurs who are believed to be held against their will.

The hack also revealed police documents that included a shoot-to-kill order for detainees caught trying to escape. The official reasons given for why Uyghur individuals were detained include traveling to neighboring Muslim-majority countries or simply having a family member with “strong religious leanings.” Once in the camps, the detainees — with ages ranging from 15 to 73 — were subjected to indoctrination and what the BBC describes as an “attempt to forcibly reengineer their identity.”

Although the abuses perpetrated in Xinjiang are among the most extreme examples of human rights violations in China, violations are occurring throughout the country at the hands of Chinese authorities. Recently released evidence points to widespread organ harvesting from living Chinese prisoners, resulting in their deaths. Arrests of human rights activists in Hong Kong continue, including the 90-year-old former Catholic bishop of Hong Kong, Cardinal Joseph Zen. Meanwhile, Chinese authorities made the lives of one house church congregation so uncomfortable that they fled the country together. They’re now stuck in limbo on Jeju Island in South Korea, waiting for a free country to grant them asylum.

Many human rights advocates have criticized Bachelet’s decision to visit China, fearing her visit would only lend a veneer of legitimacy to the CCP’s lies about the detainment camps. However, now that she has arrived in China, what should Bachelet do during her visit? To start, she should demand that China close the detention camps in Xinjiang and release all Uyghur detainees. There is far too much evidence for the CCP to brush aside.

In addition, Bachelet should release the U.N. report on human rights violations in Xinjiang that her office has been slow-walking since last year. In a letter addressed to Bachelet earlier this year, Family Research Council joined a diverse range of NGOs asking her to finally release the report and expressing concern about her office’s silence regarding atrocities in Xinjiang.

The U.N. is hardly known for its effectiveness. Yet, one of the things it can do well is hold countries publicly accountable for human rights abuses and build pressure on the world stage. When it comes to China’s ongoing atrocities in Xinjiang, the U.N. should not hesitate to condemn the actions of Chinese leaders.

Bachelet is scheduled to hold a press conference about her trip on May 28. She should use the opportunity to condemn China’s human rights abuses boldly and unequivocally and call on Chinese leaders to allow a full and unfettered investigation into human rights conditions in Xinjiang and elsewhere. Following the release of new evidence today, there is no excuse for the High Commissioner to hold back.