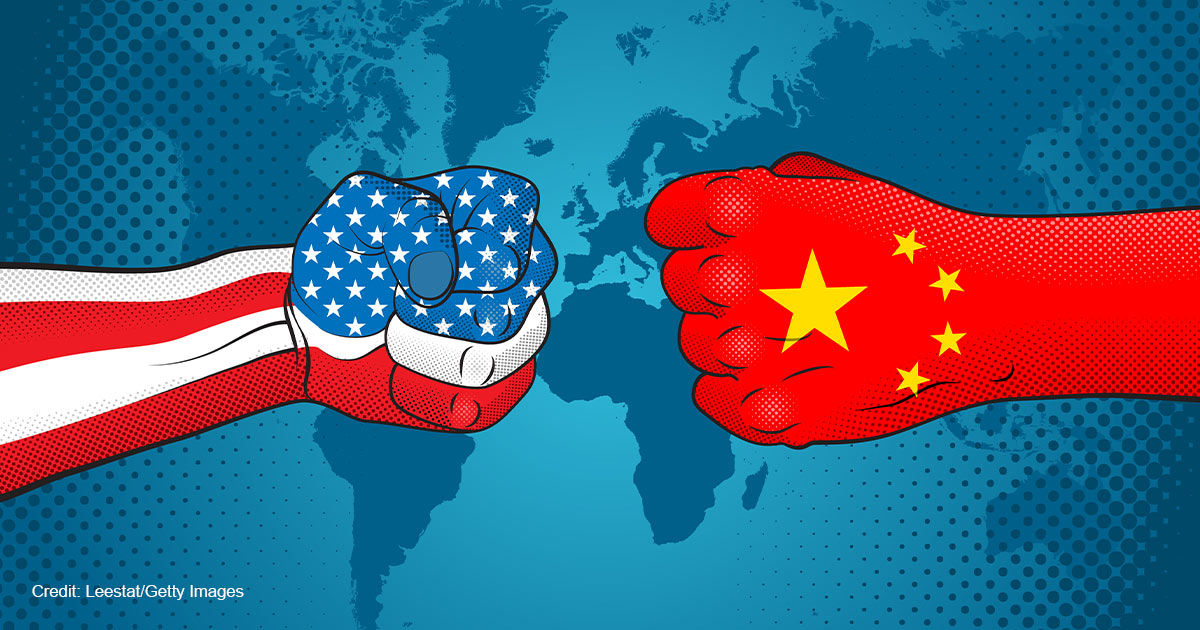 U.S. vs. China: The Race for a New Global Order

In the last century, America mistakenly theorized that the promotion of a free market economy in countries like China would naturally lead to political freedom and the fall of dictatorial world powers. Perhaps blindsided by the success of the free market in the Western hemisphere, the U.S. couldn’t fathom the rise of a communist state with a booming economy that would one day fight to establish a new global order.

And yet here we are. The world’s two largest economies, U.S. and China, are butting heads again as tensions over national security, trade, and human rights intensify.

With each passing year in power, Chinese president Xi Jinping’s confidence in a China-led global system only seems to be growing. “More and more, Xi Jinping is talking about the Chinese style as a universal model of the world order, which goes back to a Cold War kind of conflict,” William Callahan of the London School of Economics told AP News.

Acting accordingly, the Biden administration has called for “out-competing China” in their new national security strategy. On October 7, the U.S. Department of Commerce Bureau of Industry and Security (BIS) expanded control over China-bound semiconductors and supercomputers to “maintain as large of a lead as possible,” reported Arnold & Porter. China in turn accused the U.S. of “trade protectionism,” while the U.S. accused China of “trying to erode U.S. alliances” and “create more permissive conditions for its own authoritarian model.”

Both nations need highly sophisticated technology to advance in national security and global influence, and America, along with its allies, wants to keep the upper hand in semiconductor production for these reasons. “These restrictions are premised on straightforward national security concerns. These technologies are used to develop and field advanced military systems, including weapons of mass destruction, hypersonic missiles, autonomous systems and mass surveillance,” explained Biden’s national security advisor, Jake Sullivan.

The struggle is far from over. The Biden administration has recently been turning up the heat by cracking down on illegal Chinese activities on U.S. soil. The joint effort led by the FBI and the DOJ is long overdue given China’s multiple espionage attempts targeting U.S. politics and the tech industry.

But America must not stop here. Underpinning these interests, there is a very real moral struggle between the Chinese Communist Party’s Marxist ideology and Western democracy. China is bent on redefining human rights and freedoms on a global scale. From spreading communist propaganda abroad to attempts at covering up the mass incarceration and torture of the Uyghur population in China, while trying to silence religious dissidents, nothing is off limits to achieve these purposes.

The U.S.-Chinese conflict may have started out as an economic struggle, but it has since snowballed into a global tug of war of opposing moral ideologies and their consequences.