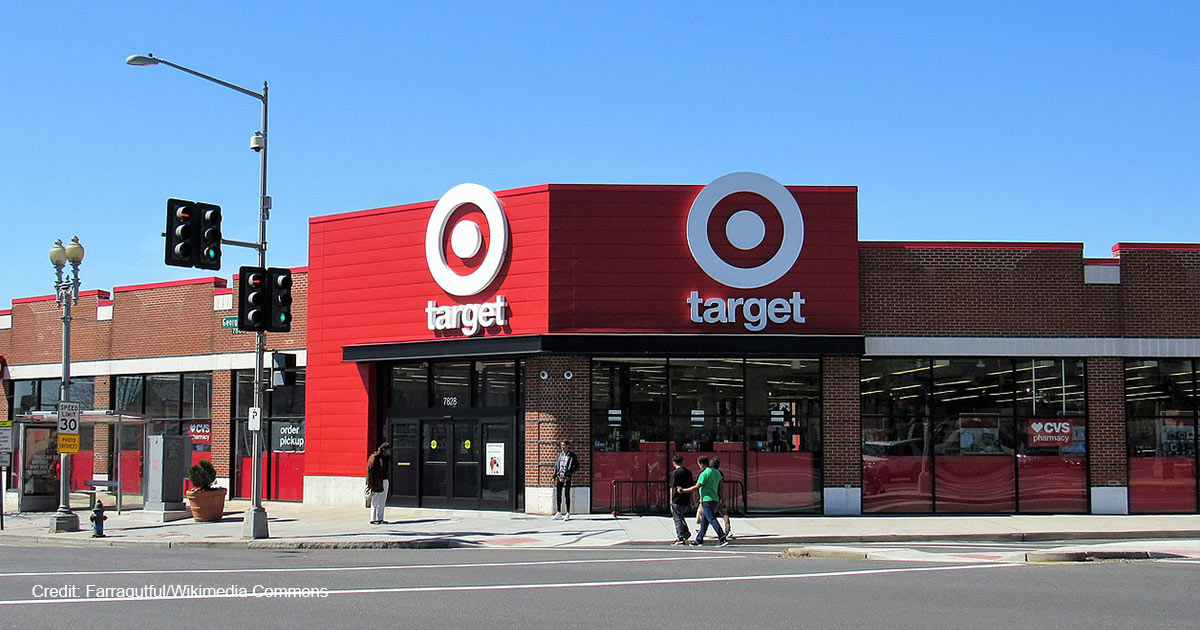 Instead of a war on Christmas, this year features a war on the retailers who sell Christmas gifts. “Operating income was $1.0 billion in third quarter 2022, down 49.2 percent from $2.0 billion in 2021,” retail giant Target announced in its third quarter earnings report. Target reported earnings per share of $1.54, 49.3% lower than the anticipated $3.04. “It is prudent to plan for a wide range of sales outcomes in the fourth quarter,” they admitted.

The lackluster profits were partly due to declines in consumer spending, forcing Target to offer more discounts to move inventory, which is driven by inflation. Inflation imposed higher costs on the business, too. Year-over-year inflation remains close to the 40-year high, with the Consumer Price Index for October 7.7% higher than a year earlier.

But another, less expected factor was organized retail crime. “Along with other retailers, we’ve seen a significant increase in theft and organized retail crime across our business,” Target CEO Brian Cornell told stockholders in an earnings call. Stores have been forced to beef up security (which also has to deal with violent crime, like a Wednesday double stabbing in a Los Angeles Target) or write off stolen merchandise. Retail crime and other types of inventory shrink have reduced Target’s “gross margin by more than $400 million versus last year, and we expect to reduce our gross margin by more than $600 million for the full year,” Target CFO Michael Fiddelke said on the same call.

Target has been on the frontlines of corporations pushing a progressive social agenda. Back in 2016, their decision to make store bathrooms gender neutral provoked North Carolina to pass a bathroom bill. Target’s 2022 Environmental, Social, and Governance (ESG) Report featured “dozens of initiatives,” including race-based spending and actions to combat climate change. In 2020, Target contributed $1.33 million to Democrats, more than twice as much as they gave to Republicans.

Now, it seems that Target is getting what it paid for. They boosted Democrats like President Joe Biden (who received $285,517 from Target in 2020) because they favored his anti-life, anti-family policies. But they also got Biden’s multi-trillion-dollar economic agenda, gently blowing the coals of inflation into a raging inferno. And they got the Democrats’ odd reluctance to back law enforcement in cracking down on criminal activity, including retail theft. After years of facing no consequences, shoplifters have organized to steal even more. Target’s political donations have not exempted their stores from becoming pincushions.

Target isn’t the only corporation suffering in this business environment. At least 10 Big Tech companies have plans to lay off staff this year. Big business has decisively broken away from the mainstream of the Republican Party, increasingly embracing the left-wing social policies associated with progressive Democrats. They have done this despite the fact that their chosen candidates prefer economic policies that are bad for business. But when reality comes calling, businesses will have to choose between their progressive priorities or their bottom line. A recent survey found that 59% of CEOs “plan to pause or reconsider their organization’s ESG efforts in the next six months as they adjust their strategy to prepare for a recession” (as if ESG efforts are unprofitable luxury endeavors).

Along with a president who would promote the LGBT agenda as much as they could possibly desire, Target also funded a president who would oversee historic inflation and rising crime. Apparently, that’s cutting their profits in half. Who could have guessed? It’s a raw deal for the ordinary Americans who own company shares, but don’t expect Target to reform their politics anytime soon.