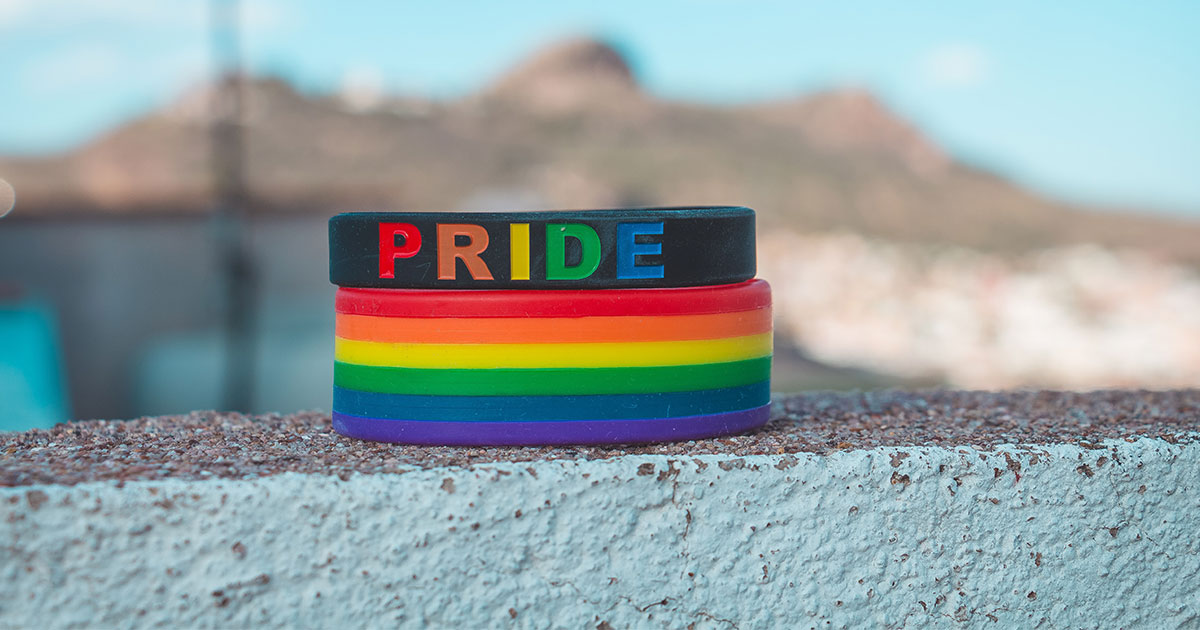 What Christians Should Remember about Pride Month

It’s Pride month again, which means we will all have another chance to offer a pinch of incense to the gods of the sexual revolution. Governments, companies, and individuals will compete to see who can be the most pro-LGBT. Social media profiles will signal solidarity and cities will fly rainbow flags to match their rainbow sidewalks. In various ways, we will all be invited to participate. How should Christians respond?

Here are a few things to remember:

1. Pride celebrations are not new.

Although pride parades down the streets of America’s cities are a relatively recent development, people making a declaration of independence from God is so old is it is almost cliché.

In the Garden of Eden, God told Adam and Eve not to eat of the tree of the knowledge of good and evil (Gen. 2:16-17; 3:2-3). However, Eve, with Satan’s help, convinced herself that doing things her way would help her become like God.

She observed that the tree was good for food, that it was a delight to the eyes, and that it was desirable to make one wise (Gen. 3:6). She convinced herself that her rebellion would not be rebellion at all but virtue. She had followed the old rules long enough and found them to be stifling of her individuality. She was ready to chart a new path and live her truth and even convinced her husband to join her celebration. They may have even felt a sense of pride as they freed themselves from the bondage of God’s rules.

Basically, Adam and Eve started these parades and we’ve all participated in various ways and with varying degrees of enthusiasm.

2. Being a Christian is supposed to feel weird.

One of the challenges of Pride Month is that Christians often feel different. Most of us would prefer not to feel different. We want to blend in and be noticed only for how nice we are to people. But when someone at work is going from office to office asking people if they want a rainbow sticker for their window, the only way to blend in is to conform. So now you feel different.

But that’s how it’s supposed to feel. This is not our home. “Dear friends, I urge you, as aliens and strangers in the world, to abstain from sinful desires, which war against your soul” (1 Pet. 2:11). We aren’t supposed to do or love the same things as the world around us. “Love not the world, neither the things that are in the world. If any man loves the world, the love of the Father is not in him” (1 John 2:15). If being a Christian makes you feel different than other people, good. You are different. The real problem would be if you never felt different.

It’s possible to avoid feeling different, just do what everyone else is doing. Just provide your preferred pronouns or tolerate a rainbow flag in your office window. Other times, all you must do is keep your mouth shut. But don’t do it. The path of compromise only seems easy, but it’s not. After all, “The fear of man is a snare. But whoever trusts in the Lord is kept safe” (Prov. 29:25).

It’s easy to rationalize seemingly small compromises. All Shadrach, Meshach, and Abednego needed to do to avoid being thrown into a furnace was bow (Dan. 3). Surely, God would understand that they weren’t actually worshipping the idol. Right? They could have easily told themselves they needed to stay alive and maintain a good relationship with the king who had shown them so much trust. After all, God couldn’t use them if they were dead. But remember, it’s not you who is going to do the work, it’s God. God did change the heart of the King, but he did not use their influence, he used their obedience. Give Him your obedience.

4. Remember what you’re saying “YES” to.

During Pride month, Christians are required to say no to some things. We can’t participate in sin (Eph. 5:11) nor can we celebrate evil (1 Cor. 13:6). So you may be accused of being “anti” everything. These are moments it’s helpful to remember that anytime you say “no” to one thing, it’s because you’re saying “yes” to something else. Something better.

5. Pray for those who curse you.

One reason Christians shouldn’t be surprised when we are misunderstood or mistreated is because Jesus spent significant time telling us what to do when it happens. “Bless those who curse you, pray for those who abuse you” (Luke 6:28). Our responsibility is not to avoid every conflict, but to respond to it correctly when it happens.

That means we have to pray for those who treat us poorly. “But to you who are listening I say: Love your enemies, do good to those who hate you” (Luke 6:27). Praying for those who treat us poorly helps us love people, even if they don’t love us back. “For if you love those who love you, what reward do you have? Do not even the tax collectors do the same?” (Matt 5:46) This is the goal of every day of every month. Pride month changes nothing, it just gives us more opportunities to love people the way Jesus does.