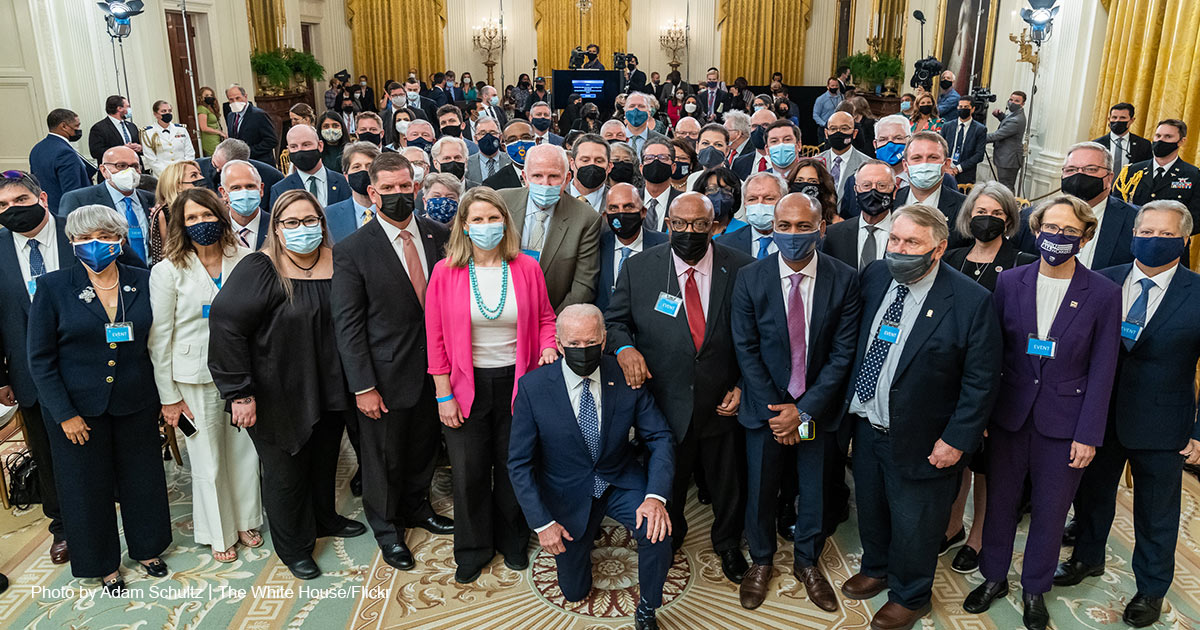 The Biden administration’s international religious policies, which include funding atheists abroad, is “anti-God” and “anti-Christian,” said a Republican member of Congress.

The comments were sparked in part by a State Department program offering grants of up to half-a-million dollars to “organizations committed to the practice and spread of atheism,” critics say. A Notice of Funding Opportunity from the Bureau of Democracy, Human Rights, and Labor (DRL) last April would give U.S. taxpayer dollars to foreign organizations to begin “strengthening networks among … atheists and nonbelievers” and to “implement advocacy campaigns.”

The Biden administration said this money would merely spread the religious toleration of secularists primarily located in repressive Muslim-majority countries. But Republicans say the funding could free up funds to proselytize for atheism or to lobby foreign governments on behalf of atheists’ concerns.

“You have to ask: What does God think about this? What does the American public think about it? What do those slumbering clergymen of America think about it?” Rep. Glenn Grothman (R-Wis.) said on Wednesday’s episode of “Washington Watch.”

“Whether or not this is even constitutional, it certainly fits a pattern with the Biden administration, which has seized upon every opportunity it can to promote abortion and kind of an anti-Christian agenda,” stated Family Research Council President Tony Perkins

“I would say that the activity of the Biden administration is not ‘kind of’; it’s all the way, what I would call anti-God, anti-Christian,” replied Grothman. “A clear majority of Americans voted for the Democrats instead of the Republicans in their House races two years ago. I’m not sure if this is what they expected.”

In addition to humanism, the Biden administration upholds abortion and homosexuality as unalienable human rights around the world. He repealed the Mexico City policy, originally instituted by President Ronald Reagan, which would protect U.S. taxpayers from funding abortion overseas. And he had the U.S. Embassy fly the gay pride flag at the Vatican.

The atheism grants prompted Grothman to join Rep. Jim Banks (R-Ind.) and 13 other conservative congressmen in demanding Biden and Secretary of State Antony Blinken provide some answers. “It is one thing for the department to be tolerant and respectful of a wide range of belief systems, and to encourage governments to respect the religious freedom interests of their citizens. It is quite another for the United States government to work actively to empower atheists, humanists, non-practicing, and non-affiliated in public decision-making,” they wrote. (Emphasis in original.)

“Any such program — for any religiously-identifiable group — in the United States would be unconstitutional,” they continued. “Does the State Department have plans to create grant programs to promote other individual religions and belief systems?”

Christianity is the world’s most persecuted religion. Christians suffered harassment or persecution in 153 countries in 2019, up from 145 in 2018, and more than any other religion. “Religiously unaffiliated people … were harassed in 22 countries in 2019,” or 15% as many nations as Christians, reported Pew.

Chief among those nations is Nigeria, which Biden removed as a Country of Particular Concern in apparent service to his unstated foreign policy goals. “Your brothers are going through Hell,” Gloria Puldu, a Nigerian Christian and president of the LEAH Foundation, which focuses on persecution and enslavement of Christians, told American believers late last month.

The congressmen asked how Biden’s plan “advances the foreign policy interests of the United States,” since Muslim citizens would likely see the grants as “‘covert’ funding from a foreign power designed to shatter local religious and cultural relationships.” They said the grants could be seen as “part of the broader effort on the part of your administration to promote radical, progressive orthodoxy abroad. Atheism is an integral part of the belief system of Marxism and Communism.”

One might also see the move as the Democratic Party repaying one of its core constituencies: faithless Americans.

Atheists are “easily the most liberal religious tradition in the United States today,” wrote Ryan Burge at Religion in Public. “[T]hey see themselves as being further to the left than the Democratic [P]arty.” A robust 85% of atheists voted for Joe Biden in 2020, and roughly eight out of 10 atheists voted for the Democratic candidate in the last four presidential elections. Similarly 69% of atheists described themselves as Democrats and only 15% said they lean Republican in a 2014 study from the Pew Research Center. On June 15 the Freedom From Religion Foundation, an atheist activist group, applauded the Biden administration’s focus on unbelievers overseas.

Conversely, the more frequently voters go to church, the more likely they are to call themselves conservatives.

Biden’s defenders say grants regularly protect specific religious minorities, but atheists have recoiled at far less substantive policies than this. A coalition of non-believers including American Atheists, Americans United for Separation of Church and State, and the Secular Coalition for America accused then-Secretary of State Mike Pompeo of “promoting one religious worldview on taxpayers' dime” when he posted a copy of his speech about Christian leadership to the department’s website in 2019.

Republicans said the new grants may result in taxpayer-funded atheistic materials. “The grants by itself are horrible,” said Grothman, “and I'm sure whatever literature these nonprofits come up with will be bad.” But he worried less about the impact on foreign countries as the way these grants would harm America’s image.

“Clearly, God has blessed this country beyond what any other country throughout human history,” said Grothman. “What is the secret of America’s success? … When the word gets out that the United States is sending out grants to people to promote atheism, we're kind of saying the secret to America's success is atheism.”

For most of U.S. history, atheism has been a tiny subculture in a land the Pilgrims settled “for the glory of God and advancement of the Christian faith.” Founding Fathers such as “John Adams said our Constitution is made for a moral and religious people,” noted Grothman. In the 1960s, “only 2% of Americans said they didn't believe in God.”

Grothman said growing trends of disbelief and religious disaffiliation by “The Nones” are driving some of his Republican colleagues to embrace social liberalism, including the redefinition of marriage.

“A lot of them are making a political calculation” that Christian churches are “asleep,” while “popular culture is pushing more and more people to approve the gay lifestyle,” the congressman revealed. “I think they are weighing up, who's going to win this fight? Is it going to be the Christian churches [and] religion in general, or is it going to be won by the atheists … the type of people who are running Disneyland or running Hollywood?”

“Glenn, you may be right, and the church may slumber, but God does not,” said Perkins, referencing Psalm 121:4. “And I think I would always choose, as you did, to stand on the side of truth.”