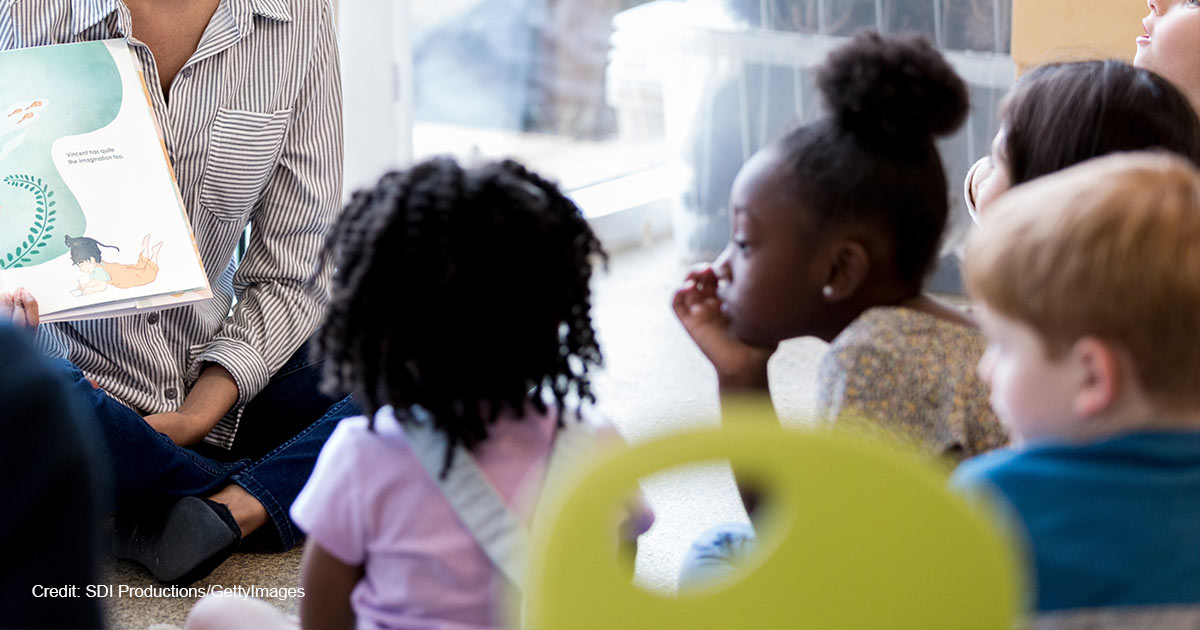 The recent firing of a substitute teacher in Georgia for voicing concerns over an elementary-level book featuring same-sex couples highlights the ongoing clash between parents and school administrators over the kinds of sexual content that children are exposed to in school.

On September 30, Alliance Defending Freedom (ADF) filed a lawsuit in federal court on behalf of Lindsey Barr, a former substitute teacher in Savannah, Ga. against McAllister Elementary School and Bryan County Schools for violating her constitutional rights. Barr had been fired from her substitute teaching position at the school after she expressed concern to the school principal over the book “All Are Welcome,” which features depictions of same-sex couples parenting and expecting children.

The book was part of the school library’s read-aloud program intended for all students from kindergarten through fifth grade, which Barr’s two children were scheduled to attend. Soon after noting her objections to the book’s content due to her Christian beliefs and requesting that her children be excused from the program, the school notified her that she had been fired from her job, while also saying that her children would be excused.

Phil Sechler, who is senior counsel at ADF and is serving as lead on the case, underscored the rights of teachers to express their religious objections.

“Teachers can have opinions about what’s being taught, especially when it’s their own children who are at issue,” Sechler told The Washington Stand. “Georgia just passed the Parents’ Bill of Rights … giving parents the right to actually review material and then express concerns and objections to it so they can have ownership of their children’s education.”

The bill came about largely in reaction to an outpouring of parental concern and frustration at school board meetings across the country in the last two years since the pandemic, when parents (many for the first time) were exposed to controversial ideologies that were being presented to students at home through distance learning, including critical race theory and LGBT theory.

As Sechler observed, parents who are also teachers have a unique ability to monitor the content being presented to their children. “The interesting thing about this case is you have a parent who was a substitute teacher, so she had insight into the school in a way that parents might not if they weren’t there,” he said.

Sechler went on to note that there has been a surge of religious freedom legal cases being litigated against schools on behalf of students, parents, and teachers.

“We have been seeing more and more of these kinds of cases, where schools are basically bullying teachers and parents. I think that’s why you have this legislative reaction that Georgia implemented, which is parents have a right to be involved. In Virginia, the same thing happened with Governor Youngkin.”

In September, Virginia Governor Glenn Youngkin (R) signed a bill revising the state’s transgender policies in schools, affirming that parents “are a child’s primary and most important educator” and that schools cannot hide the social gender transition of a child from their parents. In Florida, a similar bill was enacted in March, when Governor Ron DeSantis (R) signed HB 1557 (“Parental Rights in Education”) into law, which “prohibits classroom instruction on sexual orientation or gender identity in kindergarten through 3rd grade.”

The Lindsey Barr case also has to do with the tension between the First Amendment rights of parents and content being presented to children in schools that depicts sexual orientations contrary to biblical principles.

“Terminating a teacher for engaging in First Amendment protected expression creates an atmosphere of fear and is intended to send a message to Lindsey and others in the community that if they criticize the school’s approach to cultural or political issues or express viewpoints contrary to the school’s preferred viewpoints, they will face consequences,” said Tyson Langhofer, a senior counsel and director of the Center for Academic Freedom at ADF. “This is unlawful, and sadly, why this lawsuit is necessary.”

A recent poll shows that most Americans are in strong support of parents being fully informed of the books that their children are exposed to in schools. The Rasmussen survey indicated that “89% of Likely U.S. voters think it is important that public schools fully inform parents about what is being taught to their children in classrooms, including 70% who say it is Very Important.”