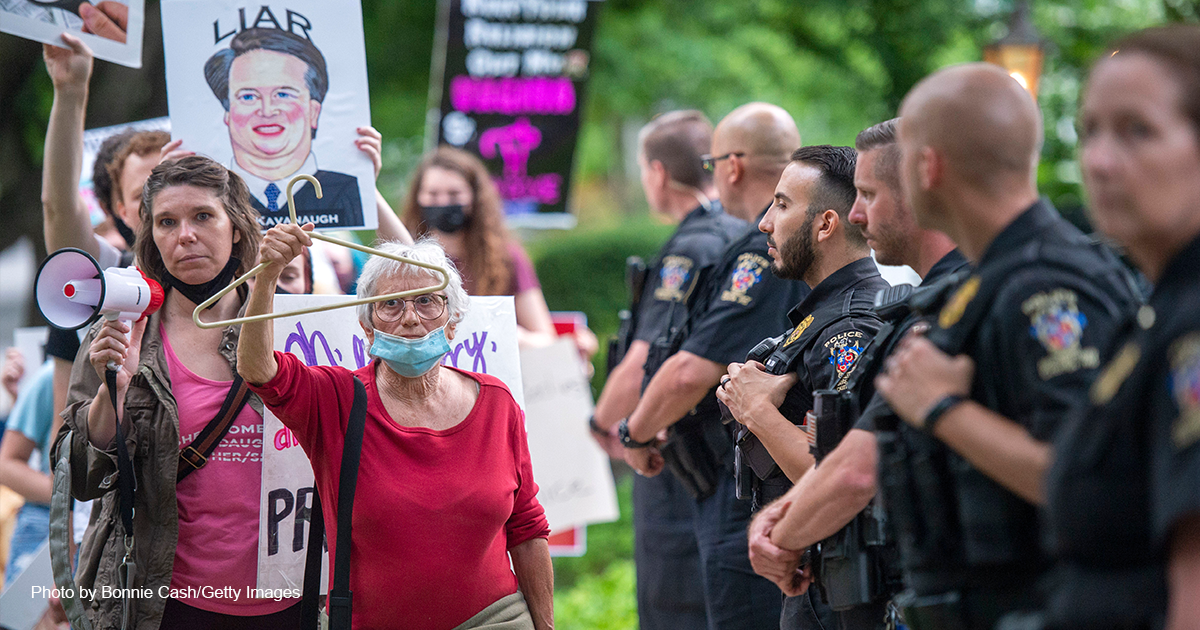 Hawley: Crime ‘Being Directed Increasingly Against People of Faith’

After a month-long delay, the House of Representatives on Tuesday afternoon approved giving police protection to Supreme Court justices’ family members. During the intervening 36 days, crime has been “directed increasingly against people of faith,” said Senator Josh Hawley (R-Mo.).

The House’s 396-27 vote came more than a month after the Supreme Court Police Parity Act unanimously passed the Senate. The last five weeks have seen an assassination attempt against Justice Brett Kavanaugh, as well as dozens of attacks against churches and pro-life women’s centers by radical abortion activists.

“We’re in the middle of a major crime wave all across this country. Unfortunately, that crime is being directed increasingly against people of faith and those in the pro-life community,” Hawley told Tony Perkins on “Washington Watch.” on Tuesday. “And this administration won’t do anything about it.”

Also voting negative was Rep. Cori Bush (D-Mo.), who once vowed, “I’m going to make sure I have security,” before telling voters, “Suck it up! And defunding the police needs to happen.”

Speaker of the House Nancy Pelosi (D-Calif.) hoped to compel the federal government to give police protection to Supreme Court clerks, one of whom is suspected of leaking a draft decision in the Dobbs case indicating that justices planned to overturn Roe v. Wade. That, in turn, touched off a string of illegal actions targeting pro-life advocates and conservative Supreme Court justices.

“It’s a shame that the Speaker [of the House, Nancy Pelosi] has delayed this. She has jeopardized the lives of, not only our justices, but also their families,” insisted Rep. Matt Rosendale (R-Mont.), who also appeared on Tuesday’s episode. “I am just so glad that we haven’t seen a tragedy take place already.” A day after the attempted murder of Kavanaugh, Pelosi claimed “no one is in danger.”

Hawley accused the Biden administration of “turning a blind eye to the assassination attempt against Justice Kavanaugh,” as well as “arsons directed at pregnancy centers and pro-life care centers.”

Attacks on Christians because of their faith have risen over the last several years. Officially recognized anti-Christian hate crimes increased 49% between 2016 and 2020, according to FBI statistics.

Critics say Attorney General Merrick Garland — whose own Supreme Court nomination floundered until the Senate confirmed a pro-life justice in his place — could offer more assistance to pro-life pregnancy resource centers, as he once indicated he might do for liberal school board members. He could also apply the federal law making it illegal for protesters to hold “pickets or parades in or near” any “residence” or building “with the intent of influencing any judge.” Instead, the Biden administration has extolled the right to “peaceful” protest. “So far, the attorney general still will not enforce the law,” stated Hawley.

“The Department of Justice should be going out and prosecuting individuals that have, not only participated in trespassing and threatening the justices, but these people are trying to change the outcome of a court decision,” agreed Rosendale. “That is absolutely a federal crime and folks need to be held accountable for that.”

In the end, the House passed an unamended version of the Supreme Court protection bill, which now goes to President Joe Biden for his signature.