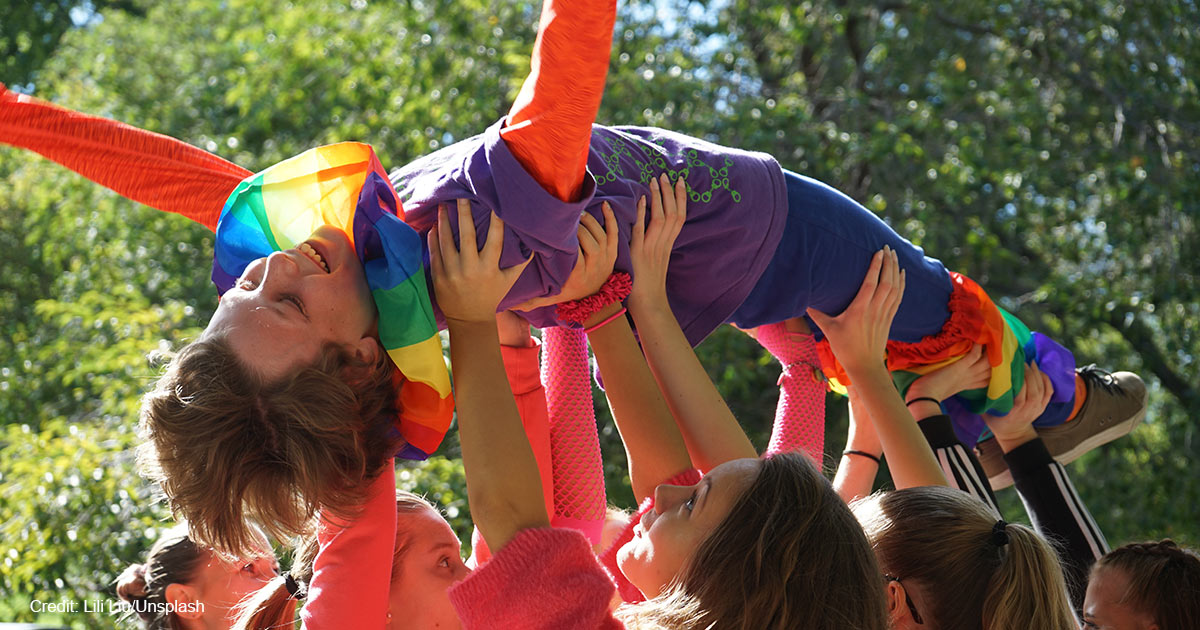 LGBT Activist: Conservatives Are ‘Launching a Culture War Against Our Kids’

Facing mounting backlash from parents over decades of pressuring public school administrators to mainstream explicit sexuality and transgender ideology in the classroom, the LGBT lobby is increasingly turning to a new tactic: blaming the victim. Parents who would rather discuss sensitive topics such as sex, the definition of the family, and the number of genders with their children personally are “launching a culture war,” said the leader of the nation’s largest LGBTQ lobbying group, which encourages schools to begin teaching gender fluidity in preschool. She added that “it’s essential that we get enough power” to enact her agenda of transgenderism, abortion, and critical race theory nationwide.

Kelley Robinson, who became president of the nation’s largest LGBT lobbying group, the $46 million Human Rights Campaign (HRC), lashed out at legislation designed to safeguard parents’ primary role as the educators of their children during a recent interview with El Pais. She took particular umbrage at the Parental Rights in Education law, signed by Florida Governor Ron DeSantis (R), which prohibits teachers from encouraging “classroom discussion about sexual orientation or gender identity” before fourth grade. “In Florida, we are committed to protecting parents’ right to be involved in their child’s education, and we are proud to be leading the charge nationwide,” said DeSantis, who won reelection in 2022 by a whopping 20 points.

DeSantis’s law led to “a 400% increase in misinformation” online, Robinson asserted. “They’re launching a culture war against our kids in the digital space.”

Critics say that turns reality upside down. HRC has campaigned for public schools to indoctrinate children as young as kindergarten to affirm same-sex attraction, bisexuality, transgender pronouns, and gender fluidity.

HRC’s resource for primary school teachers, “Defining LGBTQ+ Words for Elementary School Students,” would have public schoolteachers tell “a student” as young as five that “you cannot guess someone’s gender or pronouns from how they look.” The “gender binary” defines “gender as two distinct and opposite groups—girl and boy. This idea doesn’t include all the ways we can have a gender identity and express our gender.” It also urges elementary students to use the word “queer” to “celebrate people of all gender identities and all the ways people love each other.”

HRC’s website contains no fewer than seven lists of books expressing transgender ideology for elementary school student libraries (and one list of books promoting critical race theory). But the group is not content that children be left to discover the LGBTQ agenda on their own.

HRC promotes the annual “Welcoming Schools National Day of Reading” every February 16, asking adults to read LGBTQ-normalizing stories such as “I Am Jazz” to children in their school, “local library, bookstore, place of worship, or community center.” It is accompanied by a coloring page of characters using various pronouns.

That educational curriculum conflicts with the will of most parents. Nearly three out of every four registered voters (72%) — including 51% of Democrats — said schools should not teach students that they can change their gender, with 62% saying “it is never appropriate” to do so, according to an RMG Research poll commissioned by The Daily Signal last October. Another poll conducted the same month found that 69% of Americans believe minors who identify as transgender do so due to “cultural influences.” Other pillars of HRC’s agenda, such as transgender restrooms, have lost significant support among Americans.

In her quest for political dominion, Robinson worked as an organizer for Barack Obama’s 2008 presidential campaign before spending 13 years at Planned Parenthood, including three years leading its lobbying group, the Planned Parenthood Action Fund. HRC represents part of the revolving door between Democratic politics, abortion lobbyists, and LGBTQ ideology: Former HRC President Joe Solomonese worked for the abortion lobbying group EMILY’s List for 13 years before leading HRC, which he left to serve on Barack Obama’s 2012 campaign and to take a role in the Democratic Party. He now sits on the board of directors at the Planned Parenthood Action Fund. The man who led HRC before Robinson, Alphonse David, helped former New York Governor Andrew Cuomo’s (D) attempt to discredit women who made credible allegations of sexual harassment against the then-governor.

“Whether you think about abortion access, or you’re thinking about being able to [have sex with] the person that you choose, it’s an interconnected fight,” Robinson said. “These are interconnected battles.” Robinson, who is black and identifies as a lesbian, also says she focuses on “bringing more folks of color into the movement … especially black trans [men],” reflecting the triumvirate of critical race theory values known as “diversity, equity, and inclusion.”

Opposition to sexually explicit books, extremist views of gender, and anti-American theories that the U.S. is “systemically racist” drove outraged parents to school board meetings and drove Republican Glenn Youngkin to an unlikely victory over former Virginia Governor Terry MacAuliffe (D). “One of the things we learned last year during the campaign is that parents were tired of being pushed to the background in their child’s education,” said Youngkin.

Yet schools continue to repulse parents’ views. When parents complained that the school library offered “This Book is Gay” to children at Booker T. Washington Middle School (MS54), Principal Elana Elster informed them that “we have no plans to remove it,” and that the school’s “children will be continuously exposed” to ideas that “expand their horizons.”

The book describes the use of sex toys, graphically describes homosexual sexual practices, and tells students, “There is nothing wrong with having multiple sexual partners.” As Peter LaBarbera reported at WND, the book also blames Christians for anti-gay attitudes. “[W]hen Christian missionaries took it upon themselves to travel the world to tell everyone how marriage should be done … it was downhill all the way as far as the acceptance of homosexuality was concerned,” it says.

When administrators do not defy parents, they lie to them about their children’s education. On Tuesday, Accuracy in Media released undercover footage of public school administrators in suburban Columbus, Ohio, describing how they “trick” parents about critical race theory. Although they tell parents they do not teach CRT, “we absolutely have these conversations going on,” said Matthew Boaz, executive director of DEI in the wealthy Upper Arlington School district. Such misdirection is old hat, educational whistleblowers say. “When schools tell you that we aren’t teaching critical race theory, it means one thing: Go away and look into our affairs no further,” said former Indianapolis public school teacher Tony Kinnett.

Children who identify as LGBT became “collateral damage” to the GOP’s culture wars, claimed Dwayne Kwaysee Wright, a professor and director of DEI initiatives at George Washington University. Depriving teachers of the ability to talk to minors about homosexuality and transgender ideology “deprives the individual student of answers,” he said.

“They think that parents have no right to know what your child is discussing with their teacher or their counselor, particularly when some of the most important topics that a child may want to discuss are being determined,” Youngkin told a rally last August.

Teachers often couch their advocacy of LGBT/SOGI curriculum in the language of “acceptance” and “suicide prevention.” However, multiple studies have found that so-called “gender-affirming care” (hormone injections and surgical removal of healthy body parts) increases the likelihood of suicide.

“This is a manufactured controversy created by adults to sow chaos and discord, and further try to divide parents from children,” said Tiffany Justice, co-founder of Moms for Liberty.