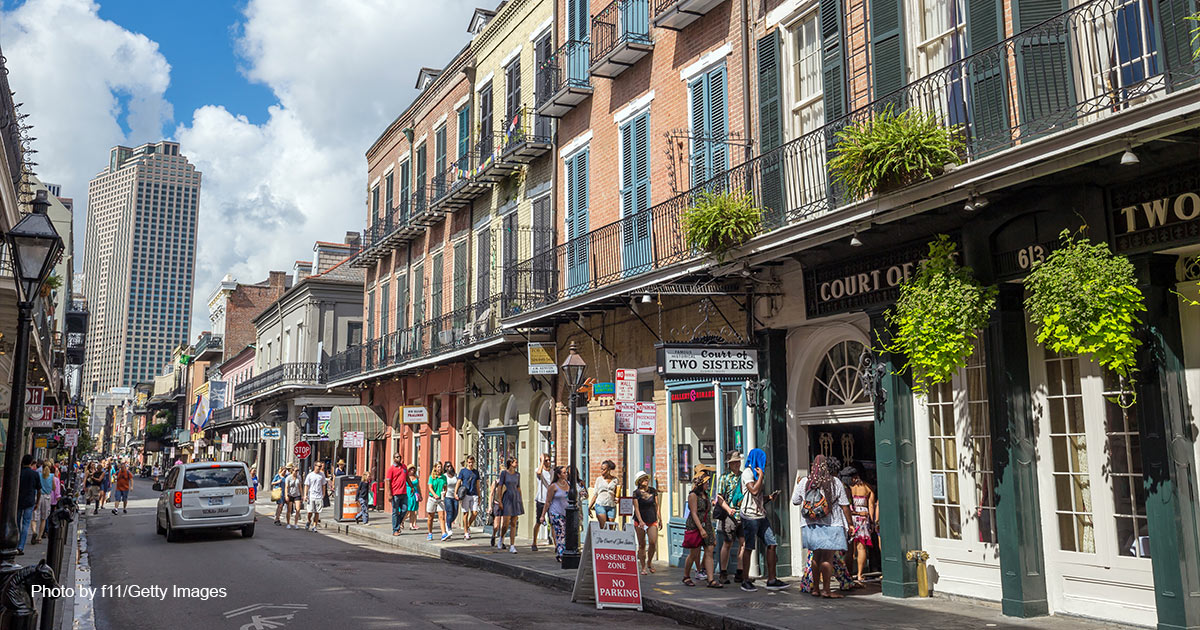 State officials in Louisiana have withheld tens of millions of dollars from a Democratic city where elected officials, including its Soros-linked prosecutor, defiantly refused to enforce the state’s pro-life laws. The funds would have helped build a critical update to the city’s water and sewage infrastructure.

The mayor, sheriff, and district attorney of New Orleans vowed they would not investigate abortionists who violate the state’s post-Roe trigger law, which would protect most unborn children and punish abortion with up to 10 years in prison. Louisiana Attorney General Jeff Landry (R) told The Washington Stand he proposed delaying state funding for city projects until liberal officials stopped threatening to turn New Orleans into a “sanctuary city” for abortion.

Louisiana’s Bond Commission, which distributes state loans and grants to local governments, voted 12-2 on Thursday to defer a $39 million line of credit meant for the Sewerage and Water Board to build a new power plant. They will reconsider the funding at their next meeting, in 30 days, if city officials agree to stop flouting state law.

“We all took the same oath. We don’t have the opportunities to pick and choose what laws we follow,” said Secretary of State Kyle Ardoin (R), who is a commission member. “In my opinion, they should all be impeached.”

District Attorney Jason Williams was one of 90 prosecutors who signed a public statement asserting, “Enforcing abortion bans runs counter to the obligations and interests we are sworn to uphold.” The New Orleans Police Department announced officers would not arrest abortionists in almost every case. And city council called on law enforcement to consider abortion laws “the lowest priority for enforcement.”

On Thursday, city officials acknowledged the heavy blow inflicted by potentially losing state funding for the upgrades to their water and sewage facility, which have been in the works for a decade. “The businesses of New Orleans rely on our partnership with the state to protect vital assets, businesses and residents from flooding,” confessed New Orleans Mayor LaToya Cantrell (D). “[W]e are in the middle of another above-average hurricane season, in which this city needs its entire Sewerage and Water Board system performing at its peak.”

Commission officials say New Orleans officials who prioritized abortionists over clean drinking water have no one to blame but themselves.

“Our Bond Commission forced elected officials in New Orleans to decide if they will enforce [s]tate law,” said Landry shortly after the vote. “The same folks who have turned the Crescent City into America’s murder capital by refusing to prosecute violent crime must now choose whether they prioritize playing partisan politics over granting basic amenities for their constituents.”

Landry believes that denying state funds to intransigent local officials is one of the few ways to ensure compliance with duly enacted laws. “There’s not many tools here to say New Orleans you better abide by the law,” Emily Andrews, a Landry staffer, told commissioners during the meeting. “Withholding funding is the mechanism.”

Some commission members who call themselves pro-life opposed delaying the line of credit. Representatives of Louisiana Governor John Bel Edwards, a Democrat who signed the most recent trigger law into effect, tried unsuccessfully to get commissioners to approve the project’s funding, reported Melinda Deslatte of the Public Affairs Research Council of Louisiana.

State Treasurer John Schroder, a Republican who is all but certain to run for governor, opposed the cut-off, arguing that, since a judge had held up enforcement of the state’s pro-life statutes, technically city officials weren’t breaking the law, yet. “I am just warning everyone this is a bad, bad road to get on,” said Schroder. "I do believe we're playing politics with this, and I don't like it.”

The board also approved “millions” of funding for other projects benefit New Orleans. Local media reports show five other grants totaling roughly $7.8 million for the city on the commission’s agenda.

The Bond Commission meeting took place the same day that Nineteenth District Judge Donald Johnson, a Democrat, granted a preliminary injunction blocking the enforcement of the state’s trigger laws while the court battle plays out.

Louisiana ranks as the second most pro-life state in the United States, according to Americans United for Life.