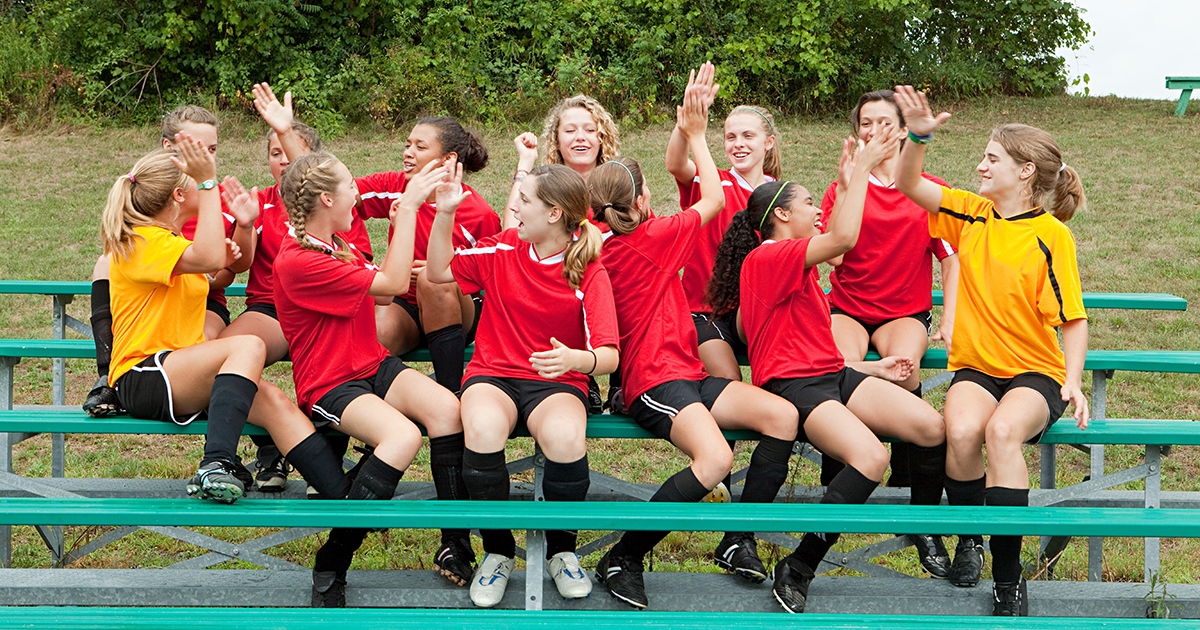 A Democratic governor has allowed a bill preventing male athletes from competing in female sports to become law without his signature — but not before calling it “mean-spirited” and saying he finds it “very distressing” that the bill could discourage young people from embracing transgenderism.

“I just think we can be better than that bill,” Edwards insisted during a press conference on Monday. “Whether it’s intended or not, the effect is to send a strong message to at least some of these young people that they shouldn’t be who they think they are, who they believe they are, who they know that they are. And I find that very distressing.”

Yet multiple, peer-reviewed studies have found that “80 percent to 95 percent of children with [gender dysphoria] accepted their biological sex by late adolescence,” according to the American College of Pediatricians.

Edwards had previously said the legislation, designed to prevent female athletes from being forced to compete against males, has a “certain mean-spiritedness [sic] nature to it” — a charge the bill’s supporters strongly reject.

“What drove us was a concern over our daughters, our granddaughters, our sisters, our nieces. That is not mean-spirited,” Gene Mills, president of the Louisiana Family Forum, told me. “It’s simply a protection of women’s sports.”

Allowing males to deny girls scholarships and awards due to an unfair advantage would set back 50 years of progress on gender equality, said the Louisiana Family Forum, one of the state affiliates of Family Research Council.

As parents have seen males such as Lia Thomas break women’s sports records and pile up medals, a national consensus has formed to level the playing field. Nearly two-thirds of Americans (61%) do not believe that biological males should be allowed to compete against biological females in women’s K-12 and collegiate sports, found a new poll of 1,000 registered voters taken by Family Research Council. Nearly half (47%) strongly disagreed, while only 18% of respondents felt that men should be allowed to take part in women’s sports. A poll of six battleground states found similar results early last month, as did a 2021 Gallup poll.

Edwards has maintained the legislation is “wholly unnecessary,” saying during the April 20 episode of his syndicated radio show “Ask the Governor” that “there still hasn’t been a single case of” a man competing in women’s sports in his state. But Mills said national trends impact women and girls in sports nationwide. “It is happening in Louisiana. The NCAA [is] telling us we have to accommodate these provisions,” Mills replied. “There is ample evidence that this bill is necessary and will only increase in importance based on what we are seeing happen around our country.”

The law bases itself on the scientific realities of biology. Lawmakers cited “[i]nherent differences … resulting in men generally having denser and stronger bones, tendons, and ligaments, larger hearts, greater lung volume per body mass, a higher red blood cell count, and … higher natural levels of testosterone.” All of these advantages result in “men generally being able to generate higher speed and power during physical activity.”

Researchers found that men retain a significant athletic advantage over women even after two years of hormone treatment. Men “still had a 9% faster mean run speed after the 1 year period of testosterone suppression that is recommended by World Athletics for inclusion in women’s events,” noted a 2021 study in the British Journal of Sports Medicine. Two years into a transgender hormone regimen, men were still 12% faster than women.

The Louisiana Senate approved the law 32-6 on May 23. It had already passed the House by an overwhelming 72-21 margin on May 17. “This could have easily been done last year, but here we are,” said State Senator Beth Mizell, R-Franklinton, shortly before the bill’s passage last month.

Edwards explained he “allowed that bill to become law without my signature, not because I thought the bill was good,” but after realizing the bill “was going to become law whether or not I signed it. … I think it’s unfortunate, but it is where we are.”

In his veto message last year, Edwards said, “Discrimination is not a Louisiana value” — but Mills contrasted that statement with another state truism.

“There is a distinctively Louisiana value that says, ‘Common sense and your grandma taught you better than this,’” Mills told me. “The governor met his fate and saw that he was not going to overcome the mothers and grandmothers” who supported this bill, which is now law.