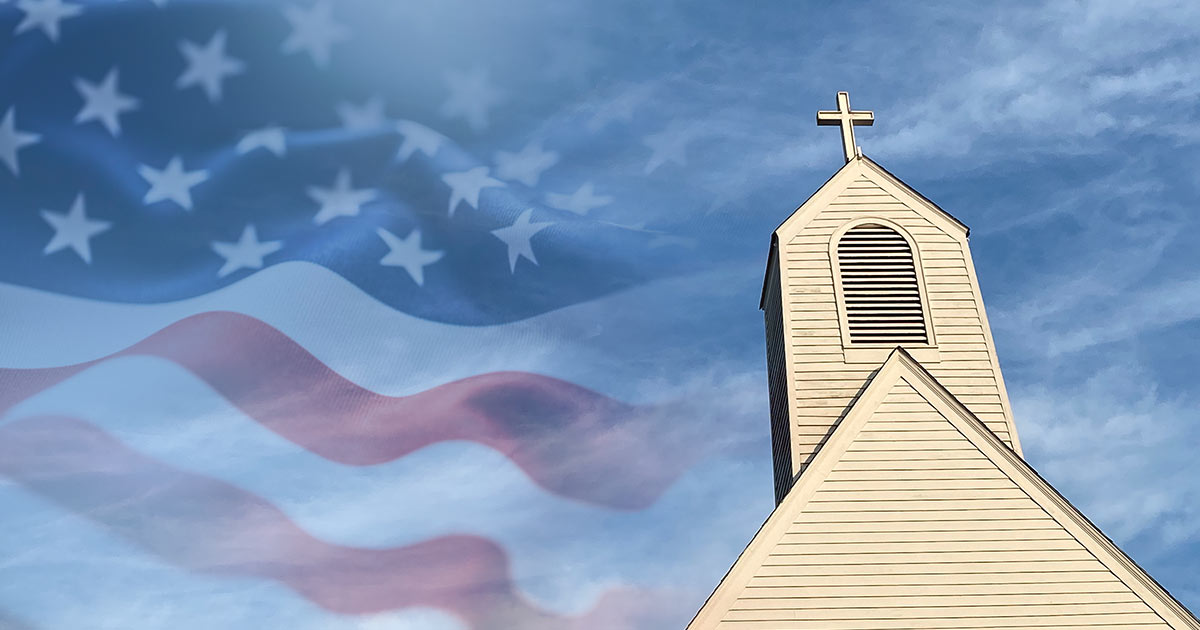 A global “news” outlet has accused a black female Republican candidate of spouting “incendiary Christian nationalist statements” for encouraging Christians to share the gospel. The story also deceptively edited her comments to twist her criticism of Planned Parenthood into an allegation that Satanic elites drink children’s blood.

To define the term Christian nationalism, the reporter twice linked to an apolitical statement that does not mention nations, government, or politics.

Karamo expressed her purportedly “Christian nationalist” views in a four-year-old post titled “We are to be Watchmen,” a reference to dozens of Bible verses calling on believers to warn their fellow citizens of spiritual danger. The since-deleted devotional encourages Christians not to weary in sharing the gospel or obeying God’s commandments in their own lives.

“Christians are ridiculed for our belief, that Jesus Christ is Lord and Savior, and is the only way to eternity with God,” wrote Karamo in September 2018. “[T]he very individuals that we may think we are fighting, we’re actually trying to save, by sharing the Gospel. … And God needs us to help bring as many people as we can, to Him.”

Christian life also requires following “moral laws,” because “when we have faith in Jesus, we are transformed by the Holy Spirit.”

Christian leaders have long held that the Left coined the term “Christian nationalism” as a pejorative to stop believers from speaking about national issues. “They are stretching that term to suggest that anyone bringing faith into the public square is advocating for ‘Christian nationalism,’” said Family Research Council President Tony Perkins at the October 12 Pray Vote Stand townhall on the topic. Christians should recognize the term “Christian nationalism” as a part of a “campaign designed to delegitimize you,” Stephen Coughlin of Unconstrained Analytics and a Lincoln Fellow at the Claremont Institute told the townhall. “It directly attacks American Christians for being American Christians, for being politically active. As such, it’s an attack on identity. It denies your right” to express a faith-informed point of view.

Yet uncontroversial expressions of faith might land Christians under federal investigation, if the Religious Left has its way. A group of left-wing denominational leaders calling itself Christians Against Christian Nationalism asked the January 6 Commission “to thoroughly investigate the role that Christian nationalism played” in the one-day D.C. riot. Signatories include the leaders of the Episcopal Church, the Evangelical Lutheran Church in America, the United Church of Christ, and the Cooperative Baptist Fellowship, as well as critical race theorist Jemar Tisby and Sojourners founder Jim Wallis.

The coalition — which has partnered with the Freedom From Religion Foundation — described its members as “Christian leaders who are deeply concerned about Christian nationalism and its danger not only to our constitutional democracy but in its distortion of Christianity.”

The ill-defined term “Christian nationalism” has enjoyed a boom of media coverage in the lead-up to the 2022 midterms, almost universally negative. The New Republic brands the beliefs as an “authoritarian political ideology.” Time calls Christian nationalism “the greatest threat to democracy in America today.” PBS White House correspondent Laura Barrón-López defined “Christian nationalism,” without evidence, as the “belief that America was founded by and for white Christians.” It is unclear how Karamo would share such an ideology.

The media’s polarized and racialized coverage of Christian nationalism represents a tiny minority of Americans familiar with the term, according to the Pew Research Center survey. Only 5% of Americans asked to define “Christian nationalism” ever “mention things like bigotry, persecution or [w]hite supremacy, and 3% who mention authoritarianism or similar ideas,” noted the survey, which was released late last month. “Virtually all respondents in this category say the U.S. should not be a Christian nation.”

That likely includes Vice News David Gilbert, who also noted with alarm that Karamo said “giving kids hormone blockers … is straight demonic” and believes that any form of “sexual sin” is “all bad.”

At no point in that podcast did Karamo say that elites drink blood.

At approximately 48 minutes into the interview, she specifically cited investigative videos from “the Center for Medical Progress” showing Planned Parenthood officials discussing their sale of aborted babies’ body parts — which Gilbert replaced with an ellipsis.

Often times Christians are ridiculed for our belief, that Jesus Christ is Lord and Savior, and is the only way to eternity with God. But, not so much just that part, but also the part about following the moral laws. Satan above all else wants to take as many people with him to Hell. So of course he wants Christians to shut up about it, so his followers do his bidding to silence Christians from getting the message out. But, we cannot allow it!

We must “Put on the whole armor of God, that you may be able to stand against the schemes of the devil.” (Ephesians 6:11 ESV)

We must not be afraid of what man does, and realize that the very individuals that we may think we are fighting, we’re actually trying to save, by sharing the Gospel!

We are to be Watchmen!

Unafraid, unwavering, this time on Earth is just a blip in our future, this blip is our time to prove ourselves to God, that we are worthy to spend eternity with Him, and the only way to prove that is through a relationship with Jesus Christ. Because when we have faith in Jesus, we are transformed by the Holy Spirit. It only makes sense, that God wants us to be transformed, if he allowed us into heaven untransformed, it wouldn’t be heaven for very long!

We must live with eternity on our minds! And remember, we are the Watchmen!

Warning our fellow man, in love, that Jesus is the only way, and that the End is near. And God needs us to help bring as many people as we can, to Him.

Don’t be afraid, stay strong in faith and God will give the strength to be a [Watchman].