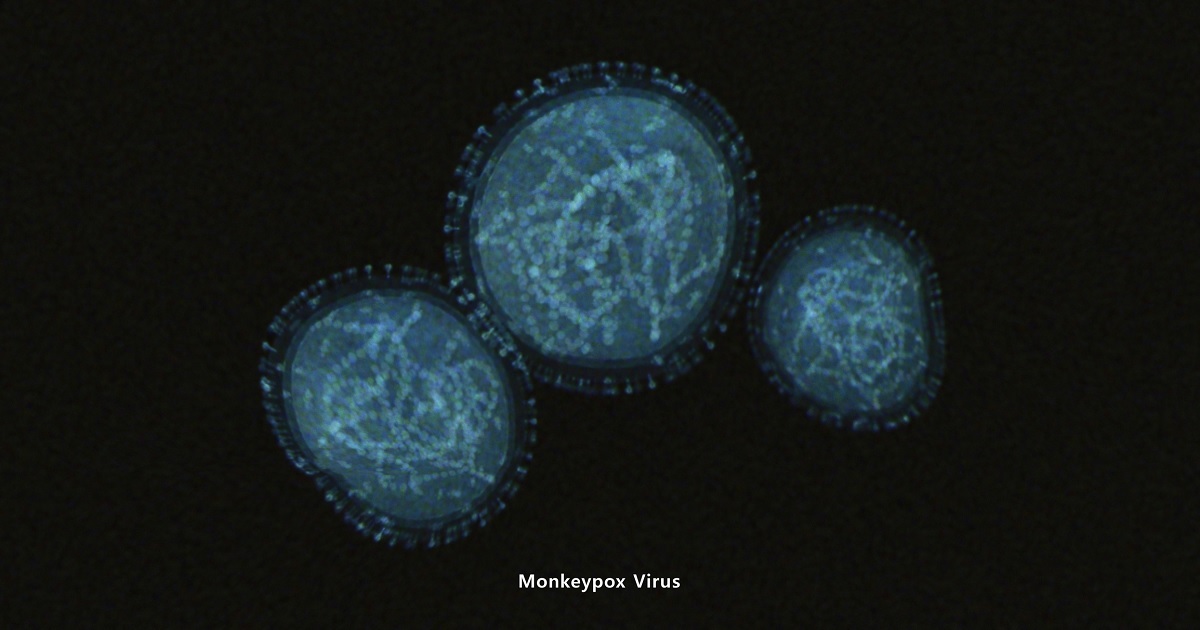 As the Biden administration considers declaring monkeypox a public health emergency, an epidemiologist says the easiest way to combat its spread is to discourage the practices of “aggressively hypersexualized gay men.”

The CDC reported that the U.S. has 2,890 diagnosed cases of the virus, which causes sores and open lesions on the skin, on Monday. Public health authorities acknowledge monkeypox is largely confined to men who have sex with men (MSM). “Transmission was suspected to have occurred through sexual activity in 95% of the persons with infection,” according to a monkeypox study published late last week in the New England Journal of Medicine. “Overall, 98% of the persons with infection were gay or bisexual men.”

One in three people who tested positive for monkeypox had visited “sex-on-site venues” within the past month, the study found, and one in five “attended large gatherings (>30 persons), such as Pride events.”

“This particular outbreak has been fueled, suffice it to say, by gay bacchanalia,” Dr. Andrew G. Bostom, an epidemiologist and research physician at Brown University, said on Monday’s “Washington Watch with Tony Perkins.” He highlighted the study’s finding that those who contracted the virus had a median number of five sex partners in the past three months, and 20% engaged in “chemsex” (sex under the influence of drugs). “Not to cast aspersions on the gay community,” Bostom said, because such practices occur in a subset of the LGBTQ community: “This is this is typical of aggressively hypersexualized gay men.”

For instance, one man who identifies as gay— Sebastian Köhn, who works for George Soros’s Open Society Foundations — described the excruciating symptoms he experienced after he attended “New York Pride festivities,” where he “had sex with several guys over the weekend.”

“The virus looks eminently avoidable by avoiding these practices,” analyzed Bostom, who is also an academic. “I don’t see that how that translates into the into the general population. It just doesn’t.”

LGBTQ activists and many public health officials — including Dr. Anthony Fauci, who is contributing to the Biden administration’s response — seek to widen the government’s response, stoking fears of widespread transmission. One doctor affirmed a mother’s worries that her son might get monkeypox from his Tae Kwon Do mat. A representative of the Kaiser Family Foundation called on the White House to “mobilize as big an effort as possible,” to “prevent this from becoming endemic.” But overall infection numbers remain low: The nation’s highest infection rate is in Washington, D.C., where 0.016% of residents are infected, followed by New York state at 0.0045%. Seeking to allay misguided fears, the left-of-center website Slate published an article titled, “Monkeypox spreads via sex, mostly. It’s ok to say that” (later renamed “Not Everyone Has to Be Equally Worried About Monkeypox”).

Eager to appease the LGBTQ activists in the Democratic Party’s base, the Biden administration has announced it will distribute 30,000 doses of the Jynneos vaccine and obtain 150,000 by month’s end. Dr. Bostom warned that the vaccination “has its own toxicity profile — so for heaven’s sake, if it’s going to be used, it should be highly, highly targeted.”

Some nations have declined the vaccine altogether. Government authorities in New Delhi said Monday they have no plans to import the medicine to India, which has four confirmed cases, the most recent involving a 34-year-old man who said he had attended a “stag party.”

Even some who want an aggressive response admit monkeypox is a niche concern. In Chicago, officials are distributing the vaccine at gay bathhouses. “The vaccine isn’t indicated for the general public,” said Massimo Pacilli, Chicago’s Deputy Commissioner for Disease Control. “There are parties, social venues, sex clubs where we could be doing monkeypox testing,” LGBTQ activist Dr. Gregg Gonsalves told Time magazine.

So far, the public discussion over combating the virus has largely revolved around treating the outbreak rather than discouraging the underlying causes. “If they want to declare a national emergency, maybe they need to do away with these apps like Grindr, maybe shut down the gay bars where a lot of this activity has been centered,” observed Perkins. “I mean, they closed the churches during COVID,” despite a dearth of evidence that church attendance proved an especially contagious vector of transmission.

“We need to educate our children that behavior has consequences,” concluded Perkins.

“This could clearly be nipped in the bud by discouraging such practices. And I’m sorry if that somehow is offensive to people’s different morés, but that’s really what needs to be done,” Bostom told Perkins. “The most obvious way to stem this is to not engage in those very high-risk sexual behavior practices.”